Obama as Othello; A Shakespeare Parody. Act 1 Scene 1 - Who Will be President?

Who Will be President?

Iago : Good evening and welcome to ‘Politics Digest’ sponsored by ‘Corn-U-Copia’ the foot ointment solutions and the only skin-cream to get you ‘Walking Back to Happiness’.

This is me Richard Iago on our regular look at the campaign trail for Election 2008. Today the Democratic candidate Othell’Obama has passed through the Venice district of Los Angeles during the final stages of his campaigning here in California.

And with me is Republican Senator Mike Roderigo. Good evening Senator.

Iago: Well Mike, Senator Obama has been blazing a trail and looks like he can win this election,

Iago: Yeah, so we could be expecting some history in the making next month,

Roderigo: Unfortunately that's right Rich. Shame he's a Democrat but this could be the first US President in almost 50 years to have three syllables in his name,

Iago: Wow! I didn’t realise that.

Roderigo: Yep! Kennedy was the last and since then the modern trend has been no more than two syllables,

Roderigo: That’s it. Nixon, Reagan, Clinton etcetera, knew that that sense of urgency about their names might give them the edge. Losers like Dukakis and McGovern never got a handle on that. No! Two syllables is easy to say and easy to remember. Such is the advantages of the modern truncated style,

Iago: And of course President Bush has only one syllable,

Roderigo: That’s about all he can handle. 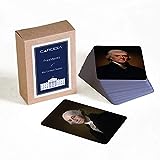 Presidents of the United States: From George Washington To Donald Trump
Buy Now

Iago: Mmm, I think there’s a cross-party consensus on that,

Roderigo: But it is a late 20th century phenomenon you know, like when you look back in the not too distant past at the two Roosevelts and of course Eisenhower. There you see the latter with one of the longest names of any American President,

Roderigo: Sure that was a lot but admittedly it had a compensating flow you see. Lots of soft consonants alternating with plenty of vowels,

Iago: And ten letters in total. Was that a record?

Roderigo: Not quite but it was certainly the longest since George Washington,

Roderigo: A remarkable man and a helluva name.

Iago: Yes, ten letters. That sure was something,

Roderigo: You got it but it did help though that his name was so soft you see. The Ad-Men loved it, his name could be rhymed with words like ‘power’ and ‘tower’, pushing the strength of the man. And you could have slogans like “Cometh the man, cometh the hour …. Eisenhower!!” that kinda thing. Very poetic nomenclature. But Kennedy was a nightmare,

Roderigo: Oh Yeah! I mean, what the hell rhymes with ‘Kennedy’? You can’t make any kind of decent campaign line. Stuff like “Kennedy is the remedy!” is pretty lame ain’t it?

Iago: I guess so. Now what about Obama then?

Roderigo: Great! Very dramatic sounding, especially with that middle syllable. You know? That “BAM!” sound, it grabs the attention especially since it’s got the proper inflection and emphasis right there in the middle. It’s “o-BAM-a!” delivers the punch “BAM!” it shakes up the electorate like, “POW!” and it’s “WHAM! BAM! BAM!”. Don’t knock onomatopoeia, it’s the heavy artillery of politics these days,

Iago: I thought we were in an episode of Batman and Robin just there,

Roderigo: Ha ha ha!, Holy Exclamation Mark!! But seriously Rich, even the rhyme is good, it’s flexible and you can couple it with words that don’t even spell the same way. Sure you can have ‘Mammas for Obama’, you can have ‘Obama for Farmers’ or vice-versa. Covers a lot of demographics.

Iago: But what about the man himself Mike? What about his personality? His experience? Is he mere pattle without practice as his critics say? And where does he really stand on the important matters? Like foreign policy! The hot topic this week is Iran and the nuclear issue,

Roderigo: Well, Obama is not talking tough enough about Ahmadinejad.

Iago: That’s right! And you don’t think that’s the right position to adopt.

Roderigo: Of course it isn’t. You can’t trust them Iranians over there and you sure can’t trust Ahmadinejad,

Roderigo: Too many syllables.

Roderigo: Too many goddamn syllables. There’s at least five in there somewhere the last time I looked and we ain’t never too sure about the spelling. So we can’t place any confidence in the integrity of the guy. He’s almost unpronounceable.

Iago: I take your point Mike and into the bargain there’s also the confusion caused by the transliteration from the Farsi into English too isn’t there?

Roderigo: That’s right Rich. Different language, different alphabet makes it hard to open the lines of communication. Almost impossible even. Look at Gaddafi and all the problems we had with that dude. Do you know there’s almost 40 known variations of his surname depending on who you talk to? Is it Gaddafi with a ‘G’, or Khaddafi with a ‘K’ or even Qaddafi with a ‘Q’, who the hell knows?

Iago: And with no proceeding ‘u’ either,

Roderigo: No proceeding ‘u’, absolutely right! Always gotta have a ‘u’ after a ‘q’ but the guy wouldn’t toe the line and play it straight so we had to sort him out. He wouldn’t follow our civilised way, wouldn’t accept our grammar and pronunciation, so he became a political pariah at the head of a rogue terrorist state.

Roderigo: Had to bomb Tripoli in ‘86

Iago: Because of the spelling crisis?

Roderigo: You got it! I know Reagan wasn’t too bright but what choice did he have? Gaddafi had plenty of chances to get round the table and thrash it out but he wouldn’t even sign a single document the same way twice. You can’t negotiate with a man like that.

Iago: Well this is certainly a fascinating insight into geopolitical machinations and international intrigue but let’s focus back on why we’re here today in the Venice district of Los Angeles. Let’s go over to our live link at the beach where Californian Democrat Senator Harold Brabantio has been taking a keen interest in the campaign in his state. Hello Harold,

Iago: So what’s your angle on the Obama phenomenon as we near the end of the race?

Brabantio: Well, before I come to that I think it’s worth pointing out that Reagan was reckoned to be in the early stages of dementia back in 1986 which caused chaos in Washington. I was once told that he had only meant to order some coffee and cupcakes from the White House kitchen and sent the F1-11’s in by mistake. But that’s another story.

Iago: It sure is Harold, but I believe you have your own thoughts on the election race?

Brabantio: Well yeah I do, but I’d like to talk about McCain if I may because what worries me as a Democrat is that many people are also talking about his opportunity to make political history,

Brabantio: Yeah I know that Mike and that might just give him the edge over Obama. Of course that would be a disaster for the USA because Obama is the best option for the country. But more importantly for my money is that ‘Mc’ prefix, really helpful with the Irish vote and could just well seal the deal for Massachusetts and New York. Plus, if he wins he will be the first American President with that Scots-Irish signature since McKinley over 100 years ago.

Iago: But not that welcome an omen perhaps since some nutball put two bullets in McKinley,

Brabantio: Maybe not, but I don’t wanna overplay that since there’s no evidence his assassin was involved in any way with the Syllabic Protest Movement. But that’s another story.

Roderigo: Come on Harold! That’s nonsense to say that McCain would be a disaster for America. McCain’s the man for the job, he served his country with distinction while Obama's a man that never set a squadron in the field. McCain's got integrity, he’s an independent thinker and he’s got a cool surname. We’re not even sure Obama’s a true-born American and he’s running for President. I tell ya my friends, Arnie is kicking up dust here about that. And while we’re on names, how many syllables, phonemes, or whatever you wanna call them, are there in ‘Hussein’?

Roderigo: Too right. We strung one up in Baghdad and now we got another grasping for the keys of the White House.

Iago: What say you Harold?

Brabantio: That’s irrelevant what his middle name is. it's all malicious knavery. Nobody said Eisenhower was German did they? It’s ridiculous, Obama is American, born in Honolulu,

Roderigo: My ass!! He was born in Nairobi. He’s Kenyan,

Brabantio: That’s bull and you know it!,

Iago: OK OK gentlemen, I’m sure we could debate this for hours,

Iago: Well Senators! We’ll leave it there thanks. And that’s all for now folks from here in Venice and whatever you might think about him it’s starting to look like Obama is the favourite in the race for the White House. Let us know what you think by text or e-mail. Is he President-to-be, or not to be? That is the question,

Iago: It certainly is. 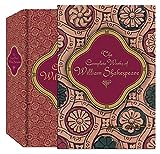 Read more political intrigue by Shinkicker at these links 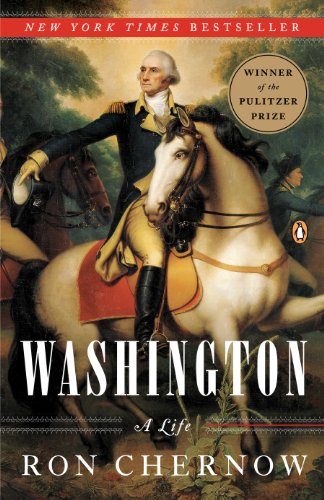 Our Country's Presidents: A Complete Encyclopedia of the U.S. Presidency
Buy Now