Another Way to Explain Deficit Spending, the Debt, a "Balanced Budget Amendment", and Zen-Part 2 [166*2]

SO, WHAT ABOUT THE BALANCED BUDGET AMENDMENT

THE FORMAT USED IN PART 1 ALSO makes a nice vehicle for demonstrating how the Balanced Budget Amendment, and its associated bills, can lead to unintended consequences.

There are three features of the Conservative's proposed Balanced Budget Amendment (BBA), just adopted by the Republican National Convention as part of the Party platform, which pertain to this hub.

Features 2 and 3 imply a very critical 4th requirement for the BBA to have any hope of success, and that is that Congress can actually work in times of stress; something Congress has not been able to do since the election in 2010.

Since GDP has been added to the equation, let me add it to our table.

PRESUMABLY THE WAY THE BBA would work is an estimate of "next" years revenues would be made and then spending would be kept to that level or to 18% of current year or forecasted GDP. By that standard, President Bush already exceeded the limits of the BBA both with my reduced spending level of $2.41 trillion in 2007 or the actual $2.57 trillion. At a minimum, he would have had to trim his budget up to $280 billion (using the actual number) in order to stay within the legal limits.

Here is the first potential problem with the BBA. Let's assume the forecasted revenues for 2007 was the actual number of $2.41T, but GDP was forecasted to be $13.39T for 2007. In this case, Congress could have appropriated $2.41T in outlays without violating the law. What do they do, however, when future forecasts during 2007 predict, because of the failing economy, GDP is only going to be the actual number of $12.57T? Do they immediately trim $150B of 2007 outlays in order to not be in violation of the law if they don't? Does anyone know the answer?

In 2008 however, President Bush would have had to project for the 2009 budget an additional $390 billion in outlay reductions for a total of for a total of $537 billion (in this example) over the three years. Ironically, in 2009, President Obama, assuming the recession took the course that it actually did, would not have to make any further budget cuts for 2010 and 2011, In fact, President Obama could actually raise spending, not lower it because projected revenues would be increasing!!

Unfortunately, this is the best possible scenario under the BBA. A more realistic one would have to account for the economic stabilization effect.

INCLUDING THE "ECONOMIC STABILIZATION" OUTLAYS

TABLE 2 PRESENTS THE hypothetical impact of the "economic stabilization" costs that automatically kick-in during major economic downturns. Notice that even here, President Obama would not have had to plan any further budget cuts to stay with the law, but, prior to that President Bush would have had to rapidly reduce spending, with all of the negative baggage that brings, by $807 billion over three years, an enormous amount and certainly on the low side of what reality would actually end up being.

Obama isn't out of the woods either, unfortunately, once you start adding other cost effects generated by the recession and now from these major spending reductions; he will end up having to cut spending even further instead of being able to increase it. Also notice the whip-saw effect caused by the straight-jacket aspects of the BBA. First you must reduce the deficit by around $150 billion in a single year, but then the next year you don't need to do anything. In the third year, however, a massive reduction must be made to stay with in the law. How, I ask you, can any effective planning be accomplished under these circumstances?

HAVE YOU EVER TRIED WALKING QUICKLY when your arms are tied to your body in a loose straight-jacket and still keep your balance? You probably can, but it isn't as easy as if you can swing your arms. Now try the same thing but start walking down a rocky slope with some slime on it. Do you think you can keep your balance now, even if you slow down your pace some? I would think not, I couldn't anyway.

Well, that is what the BBA will do to our budget process. It will work fine while the economy is running smooth, but just like Austrian economics (the Conservative's economic model) it will, as you can see, fail when the economy gets out of control because it lacks flexibility, it can't move or swing its arms to keep its balance. Not only does the BBA cause wild swings in spending, it causes a recession to get even worse and generate even further budget cuts.

It does this as a direct result of the original budget cuts. Consider the $660 billion Bush would have had to cut for 2009 as he prepared the budget in 2008 in the middle of a major recession. What does the federal government spend this money one? It buys goods and services from the private sector as well as make payrolls for federal and private employees. In other words, the federal government puts this money right back into the economy; and now it won't. $660 billion, in this example, would be withdrawn from a declining economy increasing job loss in both the private and public sectors well beyond what it might have been otherwise.

This catastrophe in the making is happening in order for one segment of one Party to hold tight to its principles in the face of overwhelming evidence and logic that it will eventually sink the U.S. economy, just as their economic model has done the first 120 years of America's history.

PLEASE GIVE US YOUR OPINION

DO YOU THINK THE CONSERVATIVE'S PROPOSED BALANCED BUDGET AMENDMENT WILL HELP OR HURT AMERICA? 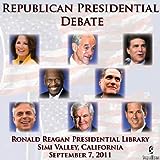