'If The Hat Fits!': Aggressive Man Has Been Swallowed Live By Tree In Body Corporate Park After Birds Revolt: Hope Poem.

If The Hat Fits, A Tree Won't.

'If The Hat Fits': A Poem of Hope: About Trees, A Body Corporate, Firewood, Birds and Bees and Empty Vessels; by Pearldiver. All reporting is credited to Tom the Cat; successful Freelance Roaming Reporter and International Scam Buster on assignment for both: The BumbleTown Anti BS From Movers, Shakers and Dung Beetles Society and also the: What Really Happened to the Pizzaman After They Stole His Equipment Foundation. Yes, what indeed! (But that's yet another story!) (soon).

This factual, heart wrenching report, confirms that injustice and corruption exists in places and within groups, that should never in a million years, have had the ability to exist or to get through a standard spam filter. In the same vein as Tom the Cat’s other controversial reports; If the Hat Fits, delivers a powerful message to those little pockets of ‘power’ in and around many communities, in one form or another. In this case we are looking at a Body Corporate in the backwater town of BumbleTown - NZ. However, the details within this report may well serve as a warning to normal communities, of what can happen when abnormal personalities are given the power to abuse the rights of those less knowledgeable of Body Corpor8 'rules' or power plays! If you consider and visualize the analogy of Dung Beetles fighting to the death over the ownership of the most desirable piece of BS or dung; then you will have the correct context.

The Well-Practiced Cat Nappers and Tree Fellas of the Body Corpor8, have taken it upon themselves to heavily retard the local environmental, in line with their own IQ levels, to provide easier access to their favorite nosy vantage points. Basically, the Body Corpor8 Committee of the Limp Lily Retirement Park, decided that the trees 'Had To Go' after it was found that in Autumn, strangely, they drop their leaves! Without any consideration to the local birds, cats or other residents who opposed such moves, the Body Corpor8 justified their actions by claiming that the previous park manager had been indecently insulted, not only by some of the residents, but also by a male tree! That's right... A Tree (That Very Touching Photo is Below). When tackled over the matter by Tom, the current park manager; John Fallingup, or 'Gravity' for short, dusted himself off and denied that either he, Thickasa Plank, Deafasa Post, or the previous Limp Lily manager, had put the tree up to it!

So yes, this poem of hope is for the victims of the thoughtless, selfish actions of the members of this Body Corpor8, who cut down trees, bullied others into accepting their self serving ways, kidnapped cats and destroyed the homes of the hundreds of birds who were forcibly evicted, against their wills. The shameful actions of this Body Corpor8, clearly demonstrate what happens when fools follow bigger fools, who believe that they are justified in believing that the power of life and death rests firmly in their hands, a chainsaw and the enforcement abilities of a man from the Limp Lily Retirement Park Body Corpor8 committee! While the author doubts anyone from the Limp Lily Retirement Park would actually own up to these events, it must be said that if any resemblance in character is seen in any respect; then: If the Hat Fits - Wear It! Last word comes from the birds; "As birds, we will save our best words for Sparrow's Fart! Were you planning on hanging your washing out today?"

© Copyright 2010 Pearldiver @ If The Hat Fits.com with all rights reserved.

If The Hat Fits.

You’re not allowed to sing here all day

What are you doing, pooing in that tree?

I’m the boss of the Body Corpor8

How dare bloody birds argue back at me!

So, he told the wife

And many brainless others

There are bloody birds bonking…

Bonking! In my trees!

How dare those dirty buggers

Enjoy pleasure in their lives!

How dare they enjoy happiness!

Enjoy themselves: With bees!!!!

So the man from the Body Corpor8

Enlisted the help of the one called Thickasa Plank

To cut down the best, healthiest trees

How dumb are some; when it comes to scenery

You’re not allowed to dig up all that dirt!

How dare you poo where the trees used to be!

I’m the hero of the Body Corpor8

How dare you hide it in piles, hoping I won’t see!

Look at all the damage your tires have done!

How dare you bonk there in the open, or on the grass!

I’m the manager of the Body Corpor8

I have the power to kick your arse!

Even get paid from the rates of their victims

Who cares about night-shift; now that the birds don’t fart!

Rants Deafasa Post to Thickasa Plank; my life is so fool

The Body Corpor8 fills my days, with power and a cart!

In the petty world; where often corruption thrives

So if you find a nosy, uninvited intruder there

Snow dropping, eavesdropping, or yelling at your cat

Or peering through your windows, or even worse

Remember that it’s your place, if they justify the act

As for the trees; well trees are full of free firewood

Though you’ll be told, that their roots clog his drain

And they do so much damage, dropping golden leaves

Vested interests in birdlessness; that really are insane

The ignorance and the blatant arrogance seen

Walking powerfully, taking notes and a plum or two

Empty, Idle vessels, showing their true worth.... I mean

Isn’t your life over; when you can't justify, the things you do?

© Copyright 2010 Pearldiver @ Poems of Hope.com with all rights reserved.

Thanks for that Tom the Cat.

For all those Normal Body Corporate Groups throughout; never forget how much having established trees within the grounds, improves the overall values of the properties and the property owner's lifestyles! Good management techniques, also ensure that the privacy of the individual property owners, is never compromised by a policy that endorses snooping, abusing or intentional loss of tenant owner's right to quite enjoyment of their respective properties! If any Body Coror8 member is offended by such advice as is contained within; they should consult legal representation forthwith and desist from antagonizing creatures like birds, that have the almost uncanny ability to poop on ya when ya least expect it, eh? Thanks for following the exploits of Tom the Cat... Roaming Reporter and a Straight Shooter!

A Famous Quote for those who don't age so gracefully:

"You know when you're over the hill... When your mind makes a promise, that your body can't fill!!!"  - Lowell George (Little Feat).

© Copyright 2010 Pearldiver @ If The Hat Fits.com with all rights reserved.

Also Sponsored By Nature's Own Birds And Bees!

It's Not the Stork!: A Book About Girls, Boys, Babies, Bodies, Families and Friends (The Family Library)
Buy Now

This Poem of Hope was Sponsored by This Message: Get A Life! 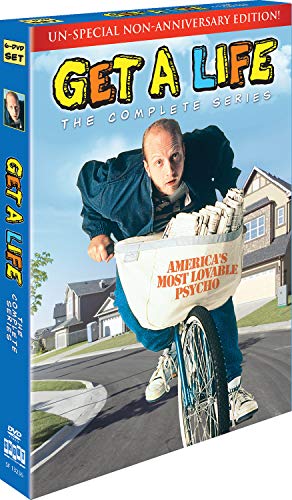 Get A Life: The Complete Series
Buy Now

Other Work by Tom the Cat.