My senior year of high school, I remember hearing an idea from my English teacher. Carry around a tape recorder for an entire day, or even a week, and at the end of that time, count all the different words you said. He claimed it would be a real measure of your vocabulary, if you can fight the urge to carry around a thesaurus and spout out SAT words like "grandiloquence." Look it up and you might find some irony.

I'd be terrified of that experiment. After 7 days, 168 hours, my grand total might end up being in the few dozen range. I say things like "dude" and "man" way too much. Along with what this piece is really about, verbal crutches. I'm a 27 year-old man and don't really say anything that I didn't when I was 20. Well....other than "app."

I'll share with you a few of the words or phrases that I hold dear when I'm not eloquent enough to come up with something better to say, trying to buy myself some time, or just force of habit.

You Know What I'm Sayin'

I'm the most white bread guy you might ever meet. I mean, I like the taste of Starbucks and enjoy The Gap and everything. For some reason I end 50% of my sentences with "y'know what I'm sayin'." It's actually nothing about race, but you DO hear that end phrase a lot more from someone that might be a Jay-Z or 50 cent listener, any race. Or maybe my perception is warped by the inner sanctum of my suburban upbringing.

I think it comes from wanting to be heard, at least for me...and feeling that you're not being heard. Read into it what you like, but it's probably because I talk too much and get tuned out from time to time. I sense this and feel the need to clarify that whomever I'm talking to is actually listening. I do not think what I'm saying is so complex that I need to ask if you can fathom my statement.

Like is a very talented word. It can be verb, a modifier, a placeholder, or anything else you want to fall out of your dumb head. No offense. I'm just going to ignore the proper way to say this. "I like the way this painting uses impressionist styles" will not be tolerated here. I probably heard it used like this for the first time on Saturday morning watching Saved By the Bell as a little kid. Like was usually coupled with oh my god by a teenage girl with teased-up, bleach blonde hair from "the valley" of Southern California. I only hope you read that in the valley girl accent, bobbing your head back and forth knocking each shoulder. Where's my Aquanet?

I'm not sure when it happened, but sometime in the mid-90's, it became essentially common speak for every person under the age of 30. If something isn't quite the color brown, instead of figuring out the actual color name of that shade, it's like brown. Don't want to have to ask someone's height? No problem. He's like really tall or really short.

It's almost like your brain is ready to say something profound, but the laziest part decides to take over. The part that makes The Jersey Shore cast multimillionaires and Avatar the highest grossing movie of all time. That little piece of grey matter that decides it's a good idea to eat a fried Snickers bar jumps in and brags about his intellectual superiority, "Don't worry brah, I got this." It's frightening to see how often we let this part of us man/woman the wheel.

I really do believe this was popularized because of laziness. Why go find a book in the library or a freakin' color wheel when you can just fill that space with mindlessness. But today we have this thing called the internet. Man, it sure was tough sometimes to find out about something in the pre-information age. Now we have no excuses.

In reality, I would love to say the internet has helped the collective vocabulary of the world, but I'm not buying it. With instant messaging, phone texting and it's text-language, and commenting on articles online, you see the same things over and over again. Have you ever read the comments on any internet article or video? (umm ha, not hubpages, we love you hubpages!) Your faith in humanity will slowly erode over time. Or quickly.

Umm...Uh...Or Any Other Mindless Placeholder

You can point out and make fun of a lot of things we say, but this is more of an involuntary reaction, at least I think. A placeholder is exactly what I believe these type of words are. If you get asked a question, you've got two choices: answer, saying something right away OR you stare back, possibly drooling. Which one would you pick? Pure silence seems to last forever and can be deafening. In a society where a few seconds can mean everything, there is no room to look like you're not sure about something. Even if you're wrong, which is a shame.

The 2012 presidential race is coming up. See which one is talked about more. Most, if not all, of the candidates will spout pure B.S. to the public just for the sake of getting elected. Okay, all of them. But if a candidate admits to not knowing something, which instance do you think the press and general public will be grabbing onto and talking about?

Early in the GOP/Republican party nominee race, hopeful Rick Perry admitted to not knowing what parts of the government he'd like to cut. This is a lot more than an a simple uh ....but at least he didn't lie about that (I'm not saying he didn't lie about everything else). Saying "I don't know right now" isn't the worst thing in the world. I do think it proves that ego gets in the way so no one can seem to show weakness in anything. Within a couple weeks, Perry dropped out of the race. I sense myself starting to go off on an only slightly-related tangent. Back on course.

Anyway, going umm... has to do with your brain not running at 100% efficiency, which shouldn't have to be constantly apologized for or feared. We eat, drink, and breathe poison on a daily basis. We live in a far from perfect world on top of that, so it really isn't that surprising. In fact, this kind of behavior should be expected. It's just a minor synapse misfire. 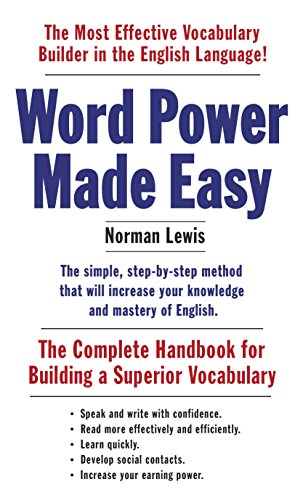 Check Out Some Of Skinsman82000's Other Hubs

If you have any verbal crutches you'd like to share, or if you have strong feelings one way or another on this, don't hesitate to push your fingers against those letter keys and leave a comment below.