'Truth’s Lament': Amazing Poems of Hope: Life Circles: About Forgiveness and Forgiving Past Betrayal of Trust or Love.

There are some Life Circles on hold and waiting to happen.

'Truth’s Lament': Amazing Poems of Hope: Life Circles: About Forgiveness and Forgiving Past Betrayal of Trust or Love; by Pearldiver tells a story. So many young lives have been undermined and undervalued by negative and/or abusive actions of someone who was held a position of influence, trust, or respect over those lives. Irrespective of the position; whether parent, teacher, priest or youth services official, the damage caused to the victim of the betrayal; is such that it is a life altering, long term affliction that many don't have the strength to share, let alone deal with.

This is the story of getting even and doing so by gaining the Win - Win position of "I'm Sorry!" over "I Forgive You!" This is Not in every respect the script to use in seeking direct resolution; this is merely an illustration of a factual event that carried many wasted years of lost potential, regret, guilt, shame and pain. We all deal with things differently, but if you grow strong of heart and of honesty; then you will be able to use this method of dealing with what I affectionately refer to as Shame Management. The greatest part of that process is; Putting all the cards of truth, face up on the table, so that the entire picture can be gauged by both parties. Good Luck. To move on; be brutally honest and demand the same from the party who wronged you! This is: Truth's Lament.... Thank you..

How should one view the intent behind the betrayal?

Tangled in the hue.

About Past Betrayal of Trust.

If I could understand my crime

Then I would understand the self imposed walls

That stand strongly built around this heart

To provide a special soul with some defense

From this cell I have to ask myself each year

Why those that I cared for, betrayed the life, of an honest caring man

If I could offer some light on this issue

Then I would have to say, that of family choices, sadly I had none

I have such real strength within, that which they have not

But I do not mean having the power to despise and yet alone, be happy

If I could offer something more on this issue

Then I would have to say, that of regret bar lost time, gladly I have none

I have to ask myself why a mother would lie

If I could ask for reasons on such an issue

Then I would have to ask her why she would seek solace, within haunting guilt

By Not Allowing Yourself To Buy Into the Betrayal or the Other Person's Negativity; Your Life Will Keep It's Positive Color.

Because such remorse would surely break any real mother’s heart

If I could gain advice on this

I have to understand why innocence was so stolen

Knowingly sacrificed with a lie to cover, yet other lies and more shame

If I could know, then I could explain

Then those whom I love would know, that such lies of me can cause no pain

I have to ask a daughter why another mother would

If I could guess why she showed such madness

Then I would have to say that the sickness was not mine, to own by proxy deeds

I need to know how deeply she did plant her hate

Because those facts may save another soul, perhaps one as wretched as I was

Then I would have to say;

And pass on all the strength that I have gained

From having lived my life so cruelly with her lies

Refusing to flinch from all this senseless pain

It takes a special self love, to forgive one who

With clear intent did destroy a really gifted life

If I could offer a factual observation, it may be

Rather, history demands that in time, the whole truth is stated.

So you can take the truth, if you can and see the cost of your history made

If I could imagine you as an honest soul

The history you made has now returned, it meets you here to face your shame

In your hand; take this truth, if you can

Reach out and merely stop the clock

And knowing what Gifted Is.

This Poem of Hope was Sponsored by: Learning Parenting Skills. 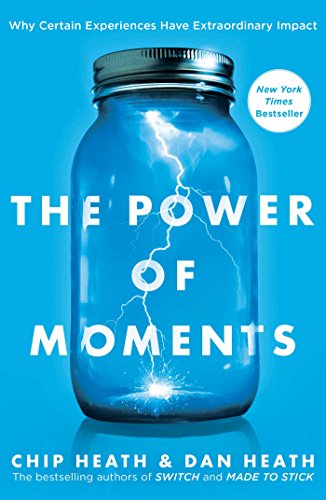 The Power of Moments: Why Certain Experiences Have Extraordinary Impact
Buy Now

Hard to find thorns in a flower bud - the pricks tend to be stems!

Being Strong - Being a Survivor.

Thanks For Reading My Poetry... Please Feel Free To Share...