Make your first anniversary one to remember with these great ideas for one year anniversary gifts for you, your partner and your friends.

Celebrating your anniversary is essential to a strong and healthy relationship and the exchange of gifts plays a very important part in this celebration.

Choosing the right gift makes all the difference. Most married couples like to pick a gift that reflects their anniversary year, particularly for the special first anniversary gift.

This article on one year anniversary gifts contains some great ideas for gifts made of paper plus an interesting selection of clocks, including anniversary clocks, grandfather clocks, wrist watches and more, that will help you select that perfect first anniversary gift.

Love Letters: Remember how you used to send love letters to each other before you were married? When did you last send one?

Now's your chance to make the perfect first anniversary gift. Pen a new love letter to your partner describing how much you’ve enjoyed your first year of married life and frame it, or put it in an album with some of your old love letters and add your favourite wedding photo!

The Perfect One Year Anniversary Gifts

Flowers are very romantic on any anniversary, but they don't last very long. Here is the perfect solution: flowers that never fade!

JustPaperRoses have created a classic bouquet of red roses made from paper. And, even better, they have made roses from the traditional anniversary 'material' for each future anniversary as well.

They also have a range of other romantic and fun paper gifts to celebrate your one year wedding anniversary!

Here are some more great ideas for Paper Anniversary Gifts.

So, if you are looking for something more modern, here are some suggestions for different types of clocks:

It is believed that the list of Anniversary Flowers was created by florists as wedding anniversaries became a popular gift giving occasion.

The Orange Blossom is the one year anniversary flower. It has been designated as the State flower of Florida and is the flower of the orange fruit tree.

The orange tree is an evergreen that reaches heights of 20-30 feet, It loves the sun and thrives in Florida. The tree flowers in spring, producing white orange blossoms with five waxy petals that have a sweet, fragrant scent. Months later, the tree bears its fruit, which is known as the sweet or navel orange. 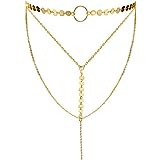 The Anniversary Stones Gift List has been endorsed by the Jewelers of America and differs from the Traditional and Modern Anniversary Gift Lists in that it only contains gemstones and precious metals.

Gold jewelry has been assigned as the One Year anniversary gift and it comes in all kinds of different designs and styles, including bracelets, necklaces, pendants, earrings, men and women's gold rings and men's cufflinks. A good selection of gold jewelry can be found at Amazon.ca.

I hope you found this article on One Year Anniversary Gifts useful.

Still looking? Then here are some of my other articles to help you find that perfect anniversary gift:

And if you're planning a romantic anniversary trip to celebrate your wedding anniversary this year, then here are some great destinations for Romantic Getaways Ideas.