In this article we will look at the fifth of these seven letters written to the congregation at Sardis (Chapter 3, verses 1-6).

We will begin with an overview, then the actual verses taken from the Book (with my commentary added), concluded by an historical summary about the city of Sardis.

May you be awakened to the Spirit by these somber words Jesus imparts to the congregation in Sardis, "the spiritually dead church".

The Letter to Sardis

This letter is a call to the congregation to wake up to the person of the Holy Spirit, and thereby be made alive to the things of God. It's the first church to which Jesus has nothing good to say.

3:1 "And to the angel of the church in Sardis write, 'These things says He who has the seven spirits of God and the seven stars: "I know your works, that you have a name that you are alive, but you are dead.

The great but tragic problem with Sardis lay in the fact that they had the name of Christ without the quickening influence of His divine Spirit. “A name in contrast with reality”, as one commentator puts it.

So let’s look at the title of Jesus and see how it applies, and keep in mind that the “seven spirits” are interpreted to mean the fullness of the Holy Spirit and the “seven stars” are the pastors (see notes Rev.1:4-6,20).

“These things says He who has the seven spirits of God and the seven stars”.

The idea here is that Christ Jesus holds as His possession both the Holy Spirit (without measure and in perfection) and the church leadership (as the Authority over the church). Therefore, by Him and through Him both are indelibly joined. Whereas He has sent forth the Holy Spirit to influence and empower the church (Jo.16:13-15), He has also commanded the church to walk and live in the Spirit (Rom.8:14).

What Sardis had done, was fraudulent.

They were calling themselves a church, yet denying the Person of the Holy Spirit by not teaching soundly that He is the appointed power by which Christians are brought to faith and helped in their walk with God. In other words, they were not teaching that one must be “born again”. So they had a form of godliness in that they looked like a church, but because they were denying the power of the Spirit, they had no manifestation of life by the Spirit. By all accounts, Sardis was little more than a corpse with a name tag or as Jesus tells them

“…you have a name that you are alive, but you are dead.”

3:2-4 "Be watchful, and strengthen the things which remain, that are ready to die, for I have not found your works perfect before God. Remember therefore how you have received and heard; hold fast and repent. Therefore if you will not watch, I will come upon you as a thief, and you will not know what hour I will come upon you. You have a few names even in Sardis who have not defiled their garments; and they shall walk with Me in white, for they are worthy.

Allow me to paraphrase this admonition.

Wake up, Sardis! While you’ve been carelessly slumbering, you’ve come perilously close to a point of death. So wake up, stay wide-awake, and listen carefully.

Strengthen what little trace of the Holy Spirit that still remains in your congregation, otherwise, when that goes, you will have nothing of His grace abiding in you. And you will die off as a church, and be of no further use to me. For I have diligently searched through, and carefully examined, every effort and work you have done in my name, and have not found them perfect before God (though they appear godly before man). So those things will not help you.

You will find what you need for recovery in those few spiritually pure ones you have been neglecting to hear in your congregation; for I find them worthy, and they shall walk with me in white, because they haven’t denied my Spirit (as you have).

So listen attentively to what they have to say concerning the Spirit. But act quickly, because those members won’t be around long.

Reconsider your ways, Sardis: humble yourselves before God, and start paying closer attention to those precious doctrines deposited into your care; as in the beginning, when the truth came to you with the demonstration of the Spirit, and you heartily received it. Because I must warn you, that unless you do, I will come upon you when you least expect it, and judge your church for its neglect of my admonition.

3:5-6 "He who overcomes shall be clothed in white garments, and I will not blot out his name from the Book of Life; but I will confess his name before my Father and before His angels. He who has an ear, let him hear what the Spirit says to the churches."

"He who overcomes shall be clothed in white garments…"

This refers to the glorified bodies we'll be given in heaven (2 Cor.5:1-4). The word "white" is taken to mean "brilliant". So the idea is, having been made the righteousness of Him, we will shine as brightly as the sun in the kingdom of our Father (check—Matt.13:43).

"…and I will not blot out his name from the Book of Life; but I will confess his name before my Father and before His angels."

In other words, because our name is written in the Book of Life we are given the assurance that it will not be blotted out. Christ Jesus will claim us as one belonging to Him, before the Father and before all the angels.

Okay, let's pause here a minute and examine the Book of Life, and see if we can understand what it means to be "blotted out" of it.

The Book of Life is a "heavenly book" both held and kept by God. Its purpose is singular: To register the names of all who are redeemed by the blood of Jesus Christ and in turn have become citizens of heaven, joint-heirs to innumerable blessings, and future recipients of eternal life (see—Phil.4:3; Luke 10:20; Rev.21:2, 27).

It will be the Book of Life, therefore, when the condemned stand before Christ in the court of final judgment and must give a final account of their sins that ultimately convicts them to death. It will be opened in their sight, the names written therein carefully reviewed, and by the omission of their name, serve to prove their refusal to accept Christ's gift of salvation and the forgiveness of sin (Rev.20:12, 15).

The word "blot out" is as it sounds. It means to erase, which carries with it the idea to wipe out or to obliterate. Therefore, if someone’s name is blotted out of the Book of Life, it means that the name is no longer contained in the Book, and ever again shall be.

Unfortunately, this has caused some to suggest that a believer can lose salvation. They reason that because the Book of Life contains no other group of names but those of the redeemed, therefore this blotting out of names must apply to the redeemed alone.

Okay, but how do we reconcile the idea that the Book of Life, a record of the redeemed in Christ, could at the same time contain names belonging to the condemned that will be divinely obliterated? I have a suggestion based upon another scripture in Revelation.

“And if anyone takes away from the words of the book of this prophecy, God shall take away his part from the Book of Life" (Rev.22:19).

Okay, let's look at this passage.

The word "part" is a Greek word meaning "to get as a section or allotment". In other words by its use of that specific word "part" that passage can be interpreted to suggest that it’s one's “section” in the Book of Life that's blotted out and not one’s “name”.

In my opinion, the Book of Life is both a reservation and registry.

I believe that God, Who is "not willing that any should perish but that all should come to repentance” (2 Pet.3:9) has “reserved” a space inside His Book for the names of all who are born. When a person receives Christ Jesus as Savior, that person's name is registered permanently as the occupant of that space. Whereas, when God determines in His infinite wisdom that one will not be saved, an allotment of space is “blotted out" and the reservation made to include that name is forever forfeited.

It's only a suggestion, dear ones. But it's certainly not a contradiction to the immutable gift of salvation freely offered to us in Christ Jesus our Savior, and seems in perfect harmony with the riches of the grace of God.

Ancient Sardis was the capital city of Lydia in the province of Asia Minor, and in fact was one of its oldest and most important cities of its day. It's said that silver and gold coins were first minted here. Moreover, during its days as a Roman city, Sardis became an important Christian center that evidently became complacent due to a reliance on its past glory. At the time of this letter, Sardis was comparatively insignificant. Successive earthquakes, and the ravages of the Saracens and Turks, have reduced the city to a heap of ruins. Today the site (part of Turkey) is occupied by a village named Sart, which is said to be “A miserable village, comprising only a few wretched cottages, occupied by Turks and Greeks”. 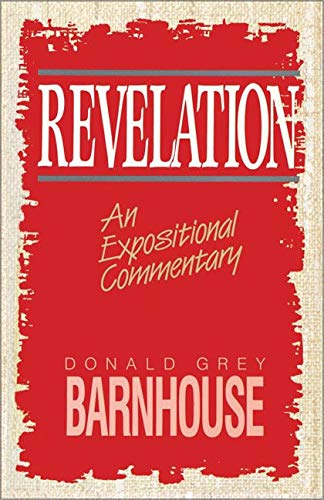