In this article we will look at the seventh and final letter written to the congregation at Laodicea (Chapter 3, verses 14-22).

We will begin with an overview, then the actual verses taken from the Book (with my commentary added), concluded by an historical summary about the city of Laodicea.

May you be blessed by the warning and exhortation Jesus imparts to the congregation in Laodicea, "the lukewarm church".

The Letter to Laodicea

A strong rebuke from Jesus to the lukewarm church at Laodicea. Yet He knocks at the door of a heart He has deemed repugnant for fellowship.

3:14 "And to the angel of the church of the Laodiceans write, 'These things says the Amen, the Faithful and True Witness, the Beginning of the creation of God"

Because Laodicea had departed from the true doctrine of Christ and instead had accepted the doctrines of men Jesus presents Himself with a three-fold title that shows Him to be the Truth.

First, Jesus calls Himself "the Amen" (which means "true”). Where God is twice called in Scripture the “God of truth” the meaning is that He is the “God of the Amen" (Isa.65:16). Jesus is the eternally true.

Secondly, Jesus calls Himself "the Faithful and True Witness." In contrast to worldly doctrines of humanism and materialism and all other vain philosophies Jesus (in the most absolute sense) is the “Faithful and True.” He is the One in the bosom of the Father who has declared Him (John 1:18), the absolute expression of God to man (John 8:19b), the eternally true and reliable Witness.

Finally, Jesus calls Himself "the Beginning of the creation of God." This signifies Jesus to be the Creator of all creation; both its origin and active cause (see—Col.1:15). He existed before time began therefore He is the eternal One.

Whether it’s steaming hot or frozen solid, water becomes lukewarm in one of two ways: when allowed to sit at room temperature, or when it is mixed (cold with hot). In the same way when Christians sit idly and do nothing with their faith, or when they mix truth with untruth, they become spiritually lukewarm.

The issue for Laodicea was having mixed the Word of Truth with untrue worldly philosophies. As a result, they had adopted total indifference without conviction and had concocted spiritually lukewarm hearts. They were neither hot nor cold, neither fervent for God, nor bitterly opposed to God.

“I could wish you were cold or hot.”

If Laodicea were “hot” it would have signified a heart that burned for Christ, whereas if “cold” it might have stirred a need to know Christ. Instead, Laodicea had become so satisfied and smugly contented with their complacency it became comfortable neither to desire Christ fervently nor to change. As one commentator states, “Whereas a cold person might at least sense a need, seek out a fire, and move near it, a lukewarm person senses no need, seeks out nothing, and comfortably stays put”.

"So then, because you are lukewarm, and neither cold nor hot, I will spew you out of My mouth."

But this can’t be the interpretation because in a few more verses Jesus clarifies that those He chastens He loves, and hearts where He is shunned He continues to beseech. So what does this image signify?

In my opinion the answer might be found in a similar graphic God used to warn His people Israel against defiling their land with abominations. “Lest the land vomit you out,” He said, then later added, “For whoever commits any of these abominations, the persons who commit them shall be cut off from among their people" (Lev.18:24-29). And to me, the implication is not that the discharged would cease to become His people, but rather would lose the blessing of fellowship with the rest of the people.

A similar incident regarding a man charged with adultery occurred at Corinth. In that case Paul angrily admonished the congregation to drive the man from the group (see—1Cor.5:13). But it didn’t concern that man’s salvation. On the contrary, for Paul said “deliver such a one to Satan for the destruction of the flesh, that his spirit may be saved in the day of the Lord Jesus” (1Cor.5:5). Moreover, when the man later did repent, the Apostle urged the congregation to "forgive and comfort him" (2Cor.2:7-8).

So to me what the unrepentant of Laodicea were in danger of, was that Jesus would “spew” or "discharge" them from His Body (the Church). Meaning they would to be cut off from among His people, and like those in Israel as well as the man in Corinth, would lose the joy of fellowship, the peace of the Spirit, the nourishment of the Word, opportunities to serve, and a sense of God's blessings and presence.

3:17-18 'Because you say, "I am rich, have become wealthy, and have need of nothing"-- and do not know that you are wretched, miserable, poor, blind, and naked-- I counsel you to buy from Me gold refined in fire, that you may be rich; and white garments, that you may be clothed, that the shame of your nakedness may not be revealed; and anoint your eyes with eye salve, that you may see".

The great stumbling block for the Laodiceans was their wealth.

A commercially rich city with many wealthy business people stuffing the church coffers, Laodicea had a sense of a financial well being that blinded them to the reality of their own spiritual depravity. "[You don't even know] that you are wretched, miserable, poor, blind, and naked…I counsel you to buy from Me," Jesus told them. In other words, what the Laodiceans needed most their money couldn't buy, and only Jesus Christ can give.

First, they needed "gold refined in fire." This was to meet their spiritual poverty. The Bible says that godly wisdom is the enduring riches (Prov.8:18). The same burden, incidentally, that the Apostle Paul held for Laodicea years before (Col.2:1-3).

Secondly, they needed "white garments.” This was to meet their spiritual nakedness. In the pride of their financial success, Laodicea had unwittingly stripped itself of the covering of Christ. Considering themselves in need of nothing, they left themselves naked before God, and unrighteous in all their ways. They needed a covering of the righteousness of Christ.

3:19-20 “As many as I love, I rebuke and chasten. Therefore be zealous and repent. Behold, I stand at the door and knock. If anyone hears My voice and opens the door, I will come in to him and dine with him, and he with Me.”

Though Laodicea's complacency had ruined their relationship with Christ, it’s evident that Jesus did not turn His back on the Laodiceans for He qualifies them as His legitimate children whom He loves. (See also—Heb.12:5-6).

More miraculous still is that He continues to pursue the Laodiceans. Though crowded out of their hearts, Jesus remains at their hearts beckoning at the door deliberately shut to Him. It’s a compelling picture of our Heavenly Father. That He would find us prodigal yet would yearn to be in fellowship with us still.

Oh, how wonderfully reassuring are the words,

"Where can I go from Your Spirit? Or where can I flee from Your presence? I ascend into heaven, You are there; if I make my bed in hell, behold You are there. I take the wings of the morning, and dwell in the uttermost parts of the sea, even there Your hand shall lead me, and Your right hand shall hold me" (Ps.139:7-10)

3:21-22 "To him who overcomes I will grant to sit with Me on My throne as I also overcame and sat down with My Father on His throne. He who has an ear, let him hear what the Spirit says to the churches."

“I will grant to sit with Me on My throne as also I overcame and sat down with My Father on His throne.”

The idea here is that nothing will remain in us that would defile His throne or prevent us from sitting with Him on His throne. By His grace we shall become His righteousness, both pure and clean, and we shall sit with Him.

Known for its black wool industry, Laodicea became one of the most important and flourishing cities in Asia Minor during the Roman period. As the seat of large money transactions and its extensive trade in wool, most citizens developed a taste for Greek art, were distinguished in literature and science, and were wealthy. In fact, it was the wealthy citizens of Laodicea that rebuilt the city following a destructive earthquake in AD 62 (without help from the state). It is believed that the Apostle Paul had a major hand in planting the Gospel in Laodicea, although he had not yet visited the city when he wrote Colossians 2:1. The site of Laodicea is now a deserted heap of ruins the Turks call Eski Hisar. 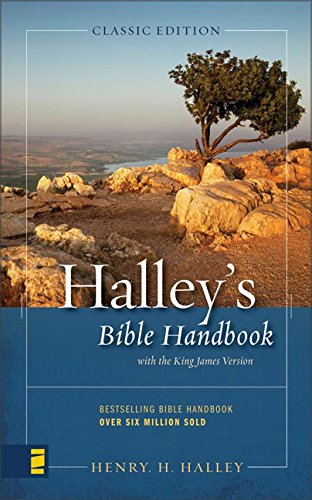