Syracuse's win over Temple is useless? 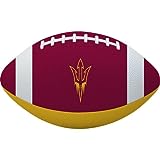 Of course not! But, many of the experts are saying so. Syracuse was going to a bowl game before they went to Temple University last Friday. However, because they won, the Orange is no longer locked into 4th place and definitely headed for the Pin Stripe.

Here is what is happening in the Big Least. Louisville is a half of a game behind Syracuse and Rutgers is a half ahead. They play each other this week and Syracuse can still wind up tied for first place. If Louisville wins there will be at least 3 teams tied for first place. If that happens, the Cardinals will likely go to the BCS (Orange Bowl) and Rutgers will head to the Russell Athletic. Then S.U. is bound to for the Pin Stripe, with an outside shot at the Compass Bowl.

If Rutgers beats Louisville and Uconn takes down Cincinnati (Uconn needs this win to get to a bowl game) then S.U. finishes in 2nd place outright. If the orange finish second, a game ahead of the Cardinals and the Bear cats, then I can not see the Pinstripe getting them. It will be off to the Russell or the Belk Bowl. The Pinstripe is hoping to host the reunion between S.U. and West Va. for obvious reasons. Either way, Syracuse will face a tough opponent when they go for win #8.

There are other reasons why Friday's game was big. Syracuse leaves the Big East at .500 and Coach Marone is one game short of .500 overall at S.U. Yes that sounds pathetic to some, but not to fans that had to endure Greg Robinson's 4 years as head coach! Robinson won 10 games and his teams never achieved bowl eligibility.

If nothing else, it is nice to see the Orange play in the post season again. I am hoping for a second place finish and a trip to Florida where the Cuse alumni will be in the house!

Where do you think the orange will land and who will they face?