Polo by Ralph Lauren-One of The Great Classics

Hello everyone. I thought I would talk a little about one of the great classic colognes out there, the original Polo (in the green bottle). My first encounter with the original Polo was a painful one to say the least. Back in the day, my silly younger days, I was at a get together. I was lucky enough to be one of three guys in a house full of women.

After a few drinks, nature called. As I’m washing my hand, I see a bottle of Polo sitting on the counter. I take a sniff splash a little on and decided this was the scent for me. Rather than buy myself a bottle (forgive me father for I have sinned) I stuffed an uncapped bottle into my pants and walked out of the bathroom.

Bad news for me was the bottle up ended and doused my…..parts with essential oils, And alcohol. Needless to say, my pants were on fire and nothing would put it out thus ending my thieving ways.

Flash forward to the present. While on a meet and greet, I was talking to my date about her past. She mentioned some of the things that reminded her of her father. Polo being one of them, taking a mental note, I listened a little more. A thought popped into my head, a woman who associates her dad with a scent can be made to relax if she were to smell that scent.

Off to the store I went to pick of a bottle of original Polo. Polo by Ralph Lauren was introduced in 1978. Polo is classified as a woody fragrance with notes:

Looking at the notes in the cologne, I could see why my friend would associate this cologne with her father and thus (my analysis based on Street Psych 101) move to a relaxed mood. Oils such as Lavender are thought to have a calming effect while oils such as Juniper are thought to relieve anxiety while the warming Marjoram also relieves anxiety and calms the emotions.

A splash of this EDT concentration starts off with a blaze of basil and bergamot. I found the top notes to be long lasting and held up as I arrived to my meet and greet as I had hoped. Our meet and greet was in a most unusual place, a public library. The reason for this according to her was the library was a great place for a meet and greet as my attention wouldn’t be taken away by the flashing lights and sites of a bar.

The middle notes picked up about 45 minutes after my first splashing on the cologne. The middles notes came in strong but faded out fairly quickly on me. As the middle notes made their appearance, I noticed (maybe my imagination but I think not) my friend began to loosen up a little, a little more than I expected to be honest. In fact,

In fact, I began to pick up on visual cues that seemed to be a little sexual in nature. Again I was wondering if it was my imagination, daddy’s cologne couldn’t have this effect. 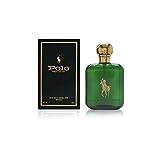 As I began to form a plan of action, her phone vibrated across the table. Perhaps a planned call, who knows but she had to go.

On the way to her car, I got the peck on the cheek and a long hug. I decided to test the scent on a couple of random women, one younger, one older and more mature. As expected, the older lady liked the cologne, the younger lady thought it smelled “old”

.Later, my friend sent a text saying she enjoyed our meeting and commented the cologne was like “liquid sex” to her. While she didn't say the call she received was a “get me out of here call” she did mention she felt compelled to leave before she “went outside of herself”.

Polo has always had a place in my collection and will stay there. This cologne may get more airtime from me based on the type of woman I may meet up with. On the ooh ahh scale, I rate this cologne a solid 6 based on the liquid sex comment.

The Best Spring 2010 Colognes For Men

2011 Spring Colognes You Must Have