The Lure of the Ancient Scarab Beetle

Although a dung beetle may not seem like the most glamorous of motifs, to the ancient Egyptians, these humble insects were very meaningful, representing a sacred force and thus were an important religious symbol.

A dung beetle works hard, rolling a ball of dung along the ground until it reaches its destination and drops the ball in its burrow. Proportionate to the beetle's size, the ball of dung is enormous, so this is no mean feat. Once it has arrived in the burrow, the female beetle lays her eggs in the dung and when the larvae hatch, they have a ready-made source of nourishment in the dung ball, which they consume voraciously.

Once the larvae have had sufficient food, they are ready to emerge from the hole as perfectly formed little beetles. To the ancient Egyptians, this seemed like a miraculous event, since they could not see the process occurring inside the burrow.

The scarab symbolised restoration of life and hope and appeared frequently in Egyptian culture. The scarab beetle God was called Khepera, meaning to 'come forth' and ancient artifacts often depict the beetle pushing the sun across the sky.

Official scarab seals were made for the stamping of documents. Artisans created scarab brooches, rings, pendants, charms and amulets from clay painted in rich beautiful colours - turquoises, blues, reds, yellows and greens and adorned them with precious gems. Blue symbolised the Nile, green growth and renewal, yellow, the desert and red, Ra, the Sun God. Sometimes the charms would be given as gifts with the owners name inscribed and a message of good luck.

Scarab Beetles and the Afterlife

It was not uncommon for a scarab beetle amulet to be placed on the chest of a mummified body, where the heart would be, as an aid the deceased person's passage into the afterlife. The Egyptians believed the weight of the scarab would be measured favourably against the 'feather of truth' at the time of final judgement.

In Egyptian mythology, the feather was a symbol of Ma'at, Goddess of truth and order. The dead were judged in the Hall of Ma'at, where it was decided whether a spirit would enter the after-life or not. The dead person's soul was weighed on a scale against the feather of truth and if it were lighter and thus free of the heavy burden of unworthiness, eternal life was granted. Sometimes the amulets would be inscribed with a spell from The Book of the dead, pleading with the heart... "do not stand as a witness against me." Source

To some extent, this ancient meme has been passed down, as scarab brooches are traditionally worn on the left of the chest, over the heart. 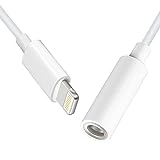 The Egyptian revival was a 19th century decorative arts movement which took creative inspiration from the beautiful artifacts of the ancient Egyptian world. Believed to be triggered, at least in part, by the widespread interest generated by Napolean's conquest of Egypt, t Nelson's defeat at the battle of the Nile and the many British expeditions into the interior of ancient tombs and the many fascinating discoveries that emerged.

The revival spawned an entire industry in ancient Egyptian replicas and themes. It influenced architecture, furniture-making, fashion and of course, jewelry and it was at this time scarab brooches reached a height of popularity. The Egyptian obsession resurfaced again during the 1920s Art Deco period, which was reflected in the jewelry of the era.