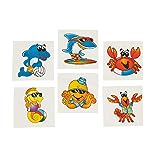 Even though my days of fishing have, for the most part, fled behind me, that doesn't keep the fond memories of fishing in my youth from coming back over and over again, as the great battles with fish over the years I continue to recall with delight.

To see some great images of fish in their natural habitat jumping at the offering of a fisherman gets the blood boiling again, and makes me want to get out there and give it another try.

One way to help us remember these special moments is to have a tattoo inked on of that great memory, as it appears a number of people have done with tattoos. Having a tattoo of fishing in action is extremely popular.

Below I've included some of those, but also some fishing tattoos of sayings all of us who love to fish can relate to, and a humorous one that we will quickly get a chuckle out of.

The first tattoos shown in this article will be of very popular and typical statements all serious fishermen embrace, and some not-so-serious fishermen as well. When you're sitting through a period of time without the opportunity to fish, the saying "Gone Fish'n continues to go through your head, and that makes this first tattoo a great one. I really like the choice of font in the first fishing tattoo too.

If Gone Fish'n is the way you start the day on the lake, than immediately after that (at least we hope) is the exclamation of "Fish On," meaning of course you've hooked yourself a fish. There is nothing more exciting and compelling than sinking that hook into that fish and start that ancient battle between human and fish. Note the fishing lure underneath of and part of the font.

Here's someone that evidently really likes this particular fishing fly, which implies they must have been very successful with it. Otherwise, why would the fisherman had it inked on himself? Being someone that has constructed fishing flies myself, I do like the choice of colors and materials of this tattoo design.

Speaking of flies, here's a tattoo of a huge trout jumping at the offering of the fisherman, who is about to hook him for a gigantic struggle. Nice tattoo if you like the vibrant colors.

Although it is hard to tell exactly, this does appear to be a trout design for the tattoo. By the way, when I say the trout is about to hit the fly, that's just fishing lingo for the fish is about to inhale it.

Trout Tattoo about to Hit Fly

This is a pretty cool tattoo of a striped bass or striper, as we call them; one that can survive in fresh or salt water conditions. These fish can get huge, and it sure gets the adrenaline flowing to picture myself hooking into one of these guys. I knew these tattoos were going to get me more focused on the fishing than the tattoo design. But hey, both work together nicely.

While most people won't know it, my little complaint is the mouth of the striper is more shaped like a black or large mouth bass than it is a striper.

This is by far my favorite fishing tattoo. Being a fan of darker colors, and in reference to color, less being more to me, this great fishing design makes me jealous. The shadow of the fisherman in the back as he battles the fish in a way that you think you're right there looking at the action, is magnificent. Fantastic use of shadow and light to create the design.

This is a hilarious tattoo design of a fisherman's dream: latching onto a Mermaid. I just never associated fresh water with a Mermaid before. But it was created in the mind of the designer, so let that person have their creativity.

Now the really important question all fisherman want to know: What bait did you use to attract the Mermaid. Come on. No secrets here. Second, where did you catch her (and I don't mean body part).

Well there you have it. An interesting and enjoyable group of fishing tattoo designs to wet the appetite, and hopefully desire, to not only bring back the memories of past fishing expeditions, but possibly ink it on to remember for your entire life. Think of explaining your great victory over the fish, or talking about the giant that got away. A tattoo can be just the thing to generate that conversation. Of course pictures proving the event would be helpful as well.