Facebook is fine, don't get me wrong. I spent as many hours milking imaginary cows as the next guy, but once Granny joined I think we all collectively knew it's gone the way of MySpace. Twitter is where many are seeking solace away from Aunt Jenny's prying eyes.

Besides still being relatively uninhabited by your friends and family, Twitter is popular among celebrities and has bred it's own celebrities. Despite having only 140 characters per tweet, people are exceedingly creative with their posts.

So you may wonder if your Uncle Allen's 2nd cousin Jim from Tennessee isn't on Twitter, who will follow you?

1. Following other people - Generally speaking, if you follow someone, they will return the favor. Especially if they are also a new account or one with few followers. Twitter recommends similar friends much the same way Facebook does. Other people will likely see your profile and follow you through a mutual friend. Unlike Facebook, where you generally only follow people you know in real life, Twitter users often follow new users in hopes of also gaining followers, like a social Ponzi scheme. And like a real one, those who know the rules are the only ones who succeed.

2. Follow back - When someone does finally find you, follow them back. Many users will only follow you in the hopes that you follow them back. If you don't, they will likely unfollow you after they are sure that you won't follow suit. There are several accounts on Twitter solely designed to give you exposure to other people who follow back. They expect you to follow back anyone who finds you through the account and may block you if you do not do so.

3. Follow back trains - This is tied heavily in the first two points. There are hashtags designed to let other users know you will follow them back. On the plus side, it may gain you followers, on the negative side this will annoy anyone who follows you as their feeds will be spammed with you tweeting these lame hashtags and will likely unfollow you anyway.

4. Tweet interesting content - Most of my followers were gained by posting funny tweets. You don't have to be humorous, but it helps. Having interesting and original content encourages your followers to favorite or retweet your tweets. This increases your exposure to new would be followers. Tweet about what you know and are interested in, most likely someone is a die hard fan of No Doubt or also shares your love of Star Wars and before you know it, you have a loyal group of interacting followers.

5. Make use of trending hashtags - Trending hashtags have national or global exposure. If you can master the art of effectively using these hashtags, people will follow you. People who may have never otherwise had found you. If nothing else, they may favorite or retweet your blurb and someone two months later might stumble upon it and check out your page.

6. Lists - Eventually as you gain followers, it becomes increasingly hard to keep track of everyone you follow. Once you hit a few hundred followers, there may be hundreds of tweets in your feed at any time. Creating lists ensures you can keep up. In my example above, I could create a Star Wars list and anyone who is a fan or tweets about Star Wars would be on one list. So anytime I wanted to know about Star Wars, that's the feed I would look at. This also has an added benefit of adding to your exposure to other Star Wars fans. Someone may stumble upon the profile of an account you follow on that list and see your list. They will then follow your account because they now recognize that you are also a Star Wars fan.

7. Being social - I know this sounds a bit self explanatory but you have to be social on a social network. It's easy to get caught up in tweeting your own content. But interacting with your followers pages are often entertaining and encourage them to interact on yours as well. And let's be honest, if you are going to unfollow a few accounts are you unfollowing the person who interacts with you or someone who's never even said hello to you? 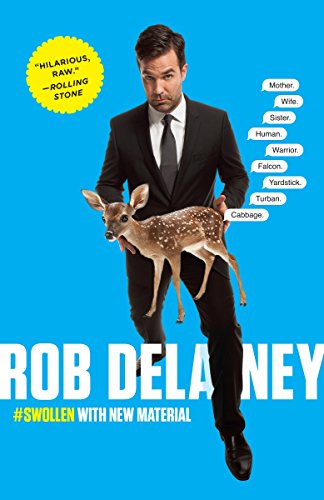 Strategies that do not work:

1. Trolling - Being a jerk online to anyone will discourage others from following you. Any would be followers sees you making rude comments to a celebrity they like or making an ugly comment to another user, they won't want to interact with you as you don't seem approachable.

2. Spamming their DM- Hardly anyone actually reads their DMs and the spammers are to blame. Sure apps are fun, but they often spam your followers even if you aren't aware of it. Be mindful of your settings when adding apps so that they do not automatically post to your account or followers. In glancing over these settings when they pop up, you may be giving them permission to spam your followers to the point where they unfollow you to make it stop.

3. Don't be a copycat - Stealing other people's tweets is rude. Everyone sees the same tired jokes on Twitter and you won't gain respect spilling the same material everyone else has posted. If anything, it will likely only cause hard feelings. I've blocked a few followers who I notice paraphrasing my tweets.

4. Twitter isn't a retail site - Although Twitter can be effective at building a brand avoid the temptation to tweet at people. For example, I write under the pen name @PenHitsTheFan on Twitter. I use this for HubPages and several other sites I write freelance on but I rarely push my articles on Twitter. I know that people are aware when you are trying to sell them something and their natural reaction is to tune you out. The occasional mention of your blog is fine but there is a point at which people will be put off by overexposure.

5. Spam isn't just for sandwiches - I know you just discovered Twitter and it's fun to put your thoughts out there for the world, but be mindful how much you put out there. No one needs to know you are taking a shower and will be back in five minutes. These are the shenanigans that ruined Facebook. Some people tweet so often (or retweet) that it's basically begging people to unfollow them.

6. Keep relevant - The flip side to point 5 is that you can't be inactive either. Many apps which maintain your unfollowers often recommend to cut inactive followers. So if you don't post every few weeks, you'll likely return to your account with several fewer followers.

5 out of 5 stars from 1 rating of Are you addicted to Twitter yet?