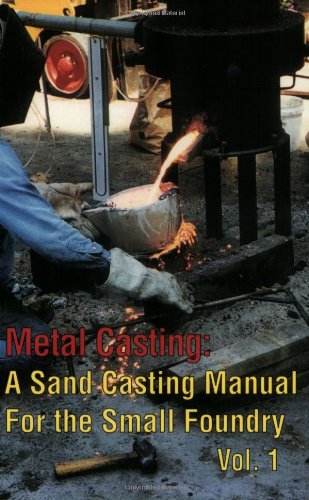 Sand casting comes under the general category of casting as a manufacturing process and is a permanent pattern process.In other words the sand moulds are produced using a reusable pattern that is removed once the required impression from the pattern is established in the sand.

The sand itself is contained in a mould consisting of 2 halves (the cope and the drag) and is usually split horizontally. The reason the mould is split is so that access can be gained to easily remove the pattern once the sand has been packed around it. For more complex shapes it is possible to add cores to the cavity that will, when the casting is poured, create a cavity in the finished casting.

Once the casting has been poured and solidified the mould is broken apart to gain access to the casting. Runners and risers are removed and remelted for use on the next component.

The process is ideal for the production of relatively simple, solid, 3D components made from metal, particularly steel and aluminium; but the process also lends itself very well to iron, brass, bronze and magnesium alloys. It is not a suitable process for refractory and reactive alloys such as titanium.

As mentioned earlier.more complex hollow components can be produced by adding cores to the cavities providing the required sections have a reasonable wall thickness and are not too thin. This will obviously add complexity to the process and consequently cost, so these factors will need to be balanced against the costs for alternative metal removing processes to establish the optimum process choices.

Sand casting is a long established process which remained relatively unchanged for many years. However, mainly due to the influences of the automobile industry, there has been significant development of the sand casting process to improve productivity. This was achieved primarily through the mechanization of the process initially and then through automation with most of the effort being concentrated on creating the sand mould more efficiently.

Sand Casting in Bronze and Aluminium

An Introduction to Sand Casting