Solid Reasons for Switching from iPhone to Android

There are many choices available in the market these days for smart cellular phones and tablets. And, at this time, I believe the number of choices available makes it more easy for someone to switch their brand-loyalty preferences. For those who wish to customize their cellular phones without going through the hoops of jailbreaking, android-based devices are attractive and competitive now. I have had an iPhone for the last few years, but have become acquainted with android devices because I recently went through the experience of rooting a Nook tablet with the Gingerbread version of android.

Apple makes good products (and good hype), but you are limited in what you can do with their cellular devices by their operating system and what they make available in the program applications that are in their store. Their user interface over-simplistic, inflexible and offers less immediate functionality than Android layouts. Jailbreaking your device helps circumvent this problem to a certain degree, but why jump through another hoop to get what you want?

At this point, many android applications have been developed that make it possible to do anything you may have done on the iPhone and more. It has taken a while for developers to catch up, but the time has arrived.

Availability of Applications Is Now Sufficient

When android first came out, it was questionable as to whether there were an adequate number of applications available that would suit an average user's needs, or anyone's needs for that matter, unless you just wanted to search the web, just do some basic manipulations or play some simple games. There are over 500,000 applications available in Google Play, the Google market where you can download "apk" applications.

Google interdicts within the market to remove low-quality applications periodically, but there is an estimation that about 25%, or 100,000, are below-par applications. So, do research on applications before you download them to avoid the trash. Read the user feedback at least.

There is also an Amazon Appstore for Android, where there is a free (paid) application offered each day. And, there is GetJar for another alternative.

As an example of important applications that are available to make and android smartphone work for you: there are applications that allow you to view, edit and modify Word documents, change keyboards, integrate or sync your social network and contact information on macbooks, pc computers or tablets you have at home and even download music from iTunes. Integration across platforms has arrived and is needed for many who have different types of devices in both the home and at work. There are multitudes of applications for improving your user experience.

Freedom from The Interference of iTunes

For those who have jailbroken iPhones and download apps (legal or otherwise) through Cydia applications, syncing the phone with iTunes will result in deletion of them. Plugging the phone into the computer automatically initiates this syncing behavior. This intrusive interference by this Apple program can be a real nuisance and you can lose important data because it.

You can avoid the customer-loyalty enforcement action of iTunes with an android device. There are programs like Carbon, Titanium Backup and MyBackupPro which will back up you information, including messages, call logs, calendars and contacts. Carbon does not require rooting of your phone.

You can also sync your contacts with a Google account. All the applications that you have downloaded from Google Play are kept within your account, so you can download them again if they develop problems in any way. Android WiFi Sync Manager can also be used to sync the above information, as well as your photos and videos, for both PC and Macbook computers.

Music and other media syncing with the native Android music app occurs easily with Windows Media Player. If you have a Macbook and an organized iTunes library, consider using iSyncr for Mac which uses WiFi for transfers and syncing. If you want to use a USB connection, Salling Media Sync is another option. The other option is doing a manual transfer via an FTP program over WiFi, if you know where the files will go in the file system of the phone. 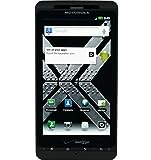 Motorola Droid X2 No Contract Verizon Cell Phone
This 3G smartphone has good battery life, excellent call quality and has a fast processor so you don't have to wait for screens to load. It doesn't have a front facing camera, but the back-facing camera has 8 megapixels resolution. There is also a microSD slot for memory expansion.
Buy Now

Advice on Choosing An Android Phone

You don't have to have the latest phone to enjoy the benefits of the android operating system features. For instance, a phone that was hot last year was the HTC Droid Incredible 2, which beats the socks off of the iPhone 4 in performance. This phone operates off of the Froyo version of android, which is integrated with a overlay called HTC Sense. Froyo is one of the older versions, but it has all of the essential features that I have talked about and it is light years ahead of iOS as seen in the video below. Since its development there have been Gingerbread, Ice Cream and now Jelly Bean updates. Sure, it is nice to have something that is the latest, but it really isn't necessary for 95% of the functionality that is needed by ordinary cell phone users. Developers of operating systems need to keep developing to keep their jobs......

If you are interested in having the latest Android OS, then I recommend buying the Google Nexus 4. It does have an unchangeable battery and no SD card slot, but it has good battery life and is rapid. Because of its quickness, it is better for using the cloud for storage. And it is relatively cheap.

There are other underrated android cell phones out there that are good bargains that don't have the latest bells and whistles, like the Motorola Droid Razr or the Droid X2. They can be bought (unlocked) on Ebay or Amazon for about half of the price of phones that are the latest models, depending on whether you buy used, refurbished or new. And you don't have to be locked into a contract if you get an unlocked phone. So, here's one vote for freedom and a phone with better functionality!

Comparing a Froyo Android with An iPad3 for Functionality