1. Río Paraguay splits the country in two separate regions the east and west most of the population lives in the east while the west holds approximately two percent

2. Paraguay started to realize that being under heavy Spanish rule that they were having a hard time truly becoming the nation they wanted to be. So, in the early 1800s Paraguay declared their independence from Spain. Paraguay’s first ruler Jose Gaspar Rodriguez de Francia established the world’s first utopian society do to the remote location of the country.

3. The official currency of Paraguay is Guarani it was adopted soon after the takeover of Paraguay’s first ruler.

4. Paraguay is home to some of the world most prevalent alternative energy sources. Including, the world’s largest hydroelectric dam called Itaipu Dam.

5. Paraguay’s main export to the world is Soy Beans. Due to its climate and centralized location in South America is is ideal for growing Soy beans. 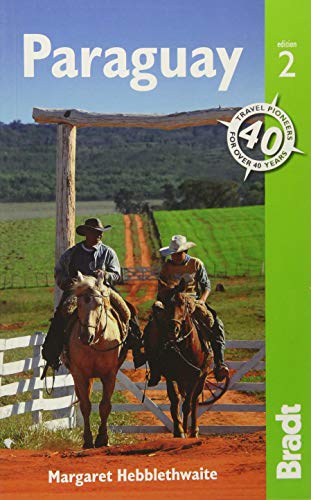 7. The First cross international railway line to connect the east side and west side of South America crossed through Paraguay in the 1850s this opened Paraguay’s borders with its neighbors and a huge boost in trade occurred.

8. Natural wetlands in Paraguay make it a premium destination for eco-tourism The Pantanal is the largest wetland in the world settling in most of Paraguay, Brazil, and Argentina

9. Capital of Paraguay is Asuncion, it was the first settled city that the Spanish explorer Juan de Salazar de Espinosa.

10. The population of Paraguay is mostly mestizo, which is a mix population of Spanish and Amerindian. Although there are still local Indian tribes who have established strict rules about marrying outside the tribe to continue to preserve their bloodline till today

12. Paraguay has had only two major wars in its lifetime the triple alliance wars and Chaco war with Bolivia.

13. The land area of Paraguay is a little smaller than the state of California

14. Paraguay is an elected democracy that has terms for both the president and vice president held for 5 years. These terms have done well for the Paraguayan government.

16. Paraguay’s official first constitution was not instigated until 1992. It was the last country in South America to institute a democratic Government.

17. Paraguay has a long tradition after Spanish colonization of their Roman Catholic base. During the earlier years many Jesuits went to convert the local population from their traditional religion.

19. Dueling is legal in Paraguay as long as both parties are registered blood donors

20. A cheap hotel in Asuncion typically serves as a brothel as well since prostitution is legal in Paraguay.