Events in Argentina You Must See before you Die - El Superclasico

It is probably the biggest Derby in the football world and one of the must sees if you have the chance to be in Buenos Aires, Argentina to the right time. The derby between Boca Juniors and River Plate is a sports event that is both extremely exciting and emotional.

The historic derby took first place on the 20th of September 1931 and ended in a 1:1 draw. Since then the derby became more famous and important for the Argentian Football because these two clubs developed to be the two biggest ones in Argentina and both are located in the capital Buenos Aires.

Over the years both teams did not give anything away and fought every match with the fire in their hearts. In the end the Boca Juniors, which is also the former club of Argentian football legend Diego Maradona, has the better statistics, winning 118 matches, loosing 102 and drawing 99.

Now the match is happening soon again I am thinking about going there and use the chance that I am in Buenos Aires. According to “The Observer” a British newspaper, the Derby between Boca Juniors and River Plate ranks number one on the list: “The 50 Sporting Things you must see before you Die”. Regularly the people go crazy in Buenos Aires and in entire Argentina, when the match is happening.

Appearently it is not easy to buy tickets because the Argentinian way of getting Tickets is quite difficult, starting with the fact that the matches in the league are announced one week ahead, which means that it is even difficult to figure out when exactly the next match takes place and where to buy tickets. One more thing that complicates the ticket buying process for the next derby, which takes place in Boca, is that there are around 60.000 fans and just 49.000 places at the stadium. So high prices and not much space in the stadium can be expected and it is extremely difficult for non-members to buy tickets.

The only announced game between those two I could find was a tournament game in the tournament: “TORNEO CLAUSURA 2011”, on the website of the Boca Juniors. Furthermore it will take place on the 15th of May, 2011 at the Boca Stadium and it will cost US$ 400. I will put the Link for this event below in the Link section, in case that somebody is also interest in going there. Moreover I would be glad if somebody is able to come up with other ideas how to get into the stadium because I would really like to watch the game live. As it is said in “The Observer”: “Do it before you die”. Check out also my other Hubs about events and festivals in Argentina. 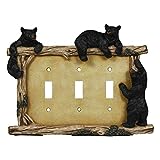 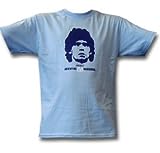