Great Places to Visit in the North East of England

Where in the UK is North East

You may think this is an easy question to answer but it can be different for each individual. For me the North East is the Area of England above the Tees and Bellow the Scottish Border. It is bounded by the Pennines and the Kielder Forest on the West and the North Sea on the East. However it can also encompass North Yorkshire. 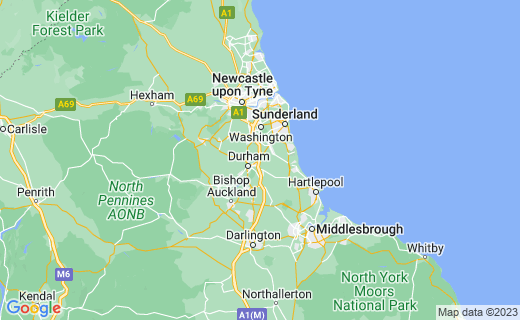 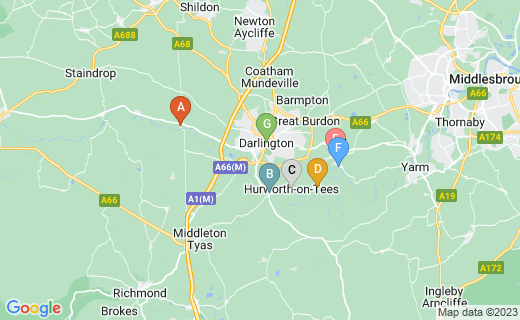 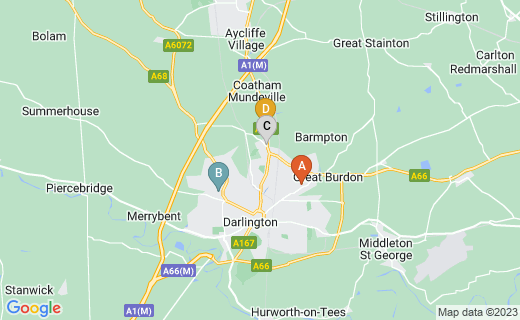 At the areas Southern most point is the River Tees that is the border between North Yorkshire to the South and Durham to the North. It is here that the Town and Borough of Darlington sits.

There are many small villages dotted along the Tees in the Borough of Darlington some settlements date back to Roman times and even earlier.

Piercebridge situated about five and a half miles west of Darlington Town Center was once home to Romans.

The remains of the Fort are visible and the area is open to the public. There are also remains of a Roman bridge just over the River in nearby Cliffe,which some people think is part of Piercebridge when in fact its not even part of the Borough of Darlington, it is actually part of Richmond.

Situated in Croft on the bank of the River Tees this is the Church where Lewis Carroll's father was Vicar from 1843 to 1868. It is beleived that the idea of the Cheshire Cat came to Lewis when he looked at one of the carvings inside the Church.

Middleton St George and Middleton One Row are located north of Neasham and east of Darlington. Here part of the S&DR line is still intact and in use, but part of it that ran along the north edge of Middleton St George is now just a Bridal Path used by the local Riding School.

Middleton One Row consists of one main street with buildings on one side and a drop down to the River Tees on the other. The Devonport Hotel overlooking the Village Green and River Tees is a great place to stay and eat.

Darlington is a town with great history, known at times as the 'Home of the Railways'. One of the towns most famous families the Peases did a lot for the Town and its residents. They were a Quaker family who had a woolen manufacturing business. They were also the biggest contributers to the Railway and Edward Pease is often referred to as the 'Father of the Railways', as it was his idea to build the line that would move coal from mine to port. He was also the one who got George Stephenson involved, and so it was in part his idea to run steam locomotives on the line.

However Darlington was not built on the success of the railways. Infact the Town was already the center of the Wool industry, thanks to the Peases, and its history goes back further than that, you just need to look around the Town center for the evidence. St. Cuthbert's Church on the bank of the River Skerne dates back to 1180 and a few years ago a burial site dating back to the Middle Ages was unearthed during modernization of the Town Square.

Today Darlington is made up of the original town and some of the Villages that were located within 2 to 3 miles of its center.

Haughton-Le-Skerne is one such village that is now part of Darlington. It was originally a small village with a green and a Church that still sits on the Hill overlooking the river Skerne. St. Andrews Church dates back to 1125 making it the oldest Church in Darlington. It is one of three places of Worship in the Village. The Village Green is still there and there are plenty of little shops and two pubs.

Cockerton is another area of Darlington that was once an outlying village. Today it like Haughton still has its village green and own shops. There are also three Churches. This part of Darlington has connections to my partners family.

Harrowgate Village and Beaumont Hill are small Villages sat at the northern most point of the Town of Darlington on the A167. There is a Pub and Hotel in Harrowgate Village. It is just around the corner from the White Horse that one of the most inspiring stories in Horse Racing history began, as it was on Burtree Lane not far from the White Horse that the 1981 Grand National Winner Aldaniti was born. I myself was born in the town a few months after he won and lived in Harrogate Hill just down the road all my childhood life.

Traveling East following the River Tees you will come across a few villages.

The town of Eaglescliffe sits South of Stocton-on-Tees on the North bank of the river Tees placing it in county Durham. It is home to Preston Park, a large expance of park land that runs down to the Tees.

This large expance of park land is a great place to bring the family to play and relax. There is a Skate Park, Play Area with large Climbing Frame and Slide, lots of green space and a woodland walk that runs along the River Tees. There is also a cafe near the car park and you can hire rowing boats down at the river. On Sundays there is a chance to ride on a replica Steam Train on the small track in the park. The Park is also Home to Preston Hall Museum and Butterfly World.

In the Park is situated Preston Hall, a 19th Century Manor House that is now a museum.

In the Museum Grounds is situated a Victorian Street with a Cafe, Shops, Blacksmith and even a Police Station.

A Village attached to Eaglescliffe. There is a myth saying that the only reason that they are two individual places is that when the Sign for the sation was made they got the spelling wrong and the new name stuck and the newer town took it on.

Cross the old bridge over the Tees and you not only enter a new town but also cross the Durham-Yorkshire Border again.

Yarm is nestled in a bend on the south bank of the Tees. The bridge that is used to cross over from one County to another dates from 1400. Also crosing the river at this point is Yarm Railway Viaduct. Built in 1848 the Viaduct carries trains way above the buildings of Old Yarm, now its High Street.

Yarm's cobbled High Street is home to many great shops and lots of Public Houses.

Exploring more of the North-East