I loved my visits here and I have gathered some Innsbruck information for you. There are some lovely sights and I hope the Innsbruck information I have compiled for you is useful. The Jewel in the Habsburg Crown; name means bridge over the River Inn, which is the second largest river in Austria and creates the Inn Valley that runs through the Tirol.

In the 15th and 16th centuries, Innsbruck was the main residence of the Habsburgs; Maximillian I was the ruler at the time and came to the city in 1493, a time known as the end of the Gothic age and the beginning of the Renaissance; this change brought about much trade which in turn created large Merchant Houses or Guilds; Maximillian borrowed money from these merchants to fund his armies

Goldenes Dachl – Golden Roof; probably the highest profile attraction in Innsbruck, according to my Innsbruck information legend has it that it was begun by Friedrich the Penniless, Duke of Tirol in 1406 to stop the taunts and jokes about his poverty by the other nobles and royalty of the time and he wanted to prove that he did have money so collected all the gold coins, jewellery and other objects in the family, melted them down and gilded copper tiles to build a roof; the roof actually dates from the reign of Maximillian I who completed the 2657 tiles in 1500 and is meant to symbolise the power and wealth of the Habsburgs and is attached to a building that was originally a ducal palace and was then used as a royal viewing box for spectacles and events in the square below; the building now houses a museum dedicated to Maximillian I.

Innsbruck Information – Other Sights To See

Stadtturm – city tower; built in the 14th century as a watchtower against fires and now a great place to view the Austrian Alps; stands by the old town hall (Altes Rathaus) and is 56m high; in 1560 the spire was replaced by a dome.

Hofkirche – home to the large empty sarcophagus of Maximillian I and 28 bronze family statues frowning down upon him; the family members are both real and legendary ancestors and sometimes the torches in their hands are lit during funerals; the church is also home to the tomb of Andrea Hofer, a Tirolean independence fighter in the 1810 Napoleonic Wars; the tomb of Ferdinand I is also here.

Hofburg – this is probably the most spectacular sight according to my Innsbruck information, the Imperial Palace of the Habsburgs when they resided in Innsbruck; dates from 1397 but has been remodelled and extended several times; painted in Maria-Therese yellow; tour the grand rooms and halls to see the paintings of Maria-Therese and her family, including 16 children whose portraits all have identical faces.

Wilton Church and Basilica – A Protestant Church (most of Austria is Catholic); and in a piece of Innsbruck information that is based on myth, the legend attached to the church concerns two giants, Tersus and Amon; Amon was a Swiss giant who killed Tersus and it is said that where he fell blood ran to form a stream; Amon was so upset that he decided to build a church but it was destroyed by a dragon; Amon then killed the dragon, cut out his tongue and where it fell a basilica was built

Winter Olympics – two Winter Olympics were held in Innsbruck, 1964 and 1976. Skiing and alpine sports are one of the most popular in Austria. One of the quirky pieces of Innsbruck Information is that about the Olympic ski jump. The Ski Jump (Schischanze) was constructed for the first Olympics held here, but barriers had to be erected at the end as when skiers took to the air, the first thing they could see was the cemetery of the church below, a little off-putting! 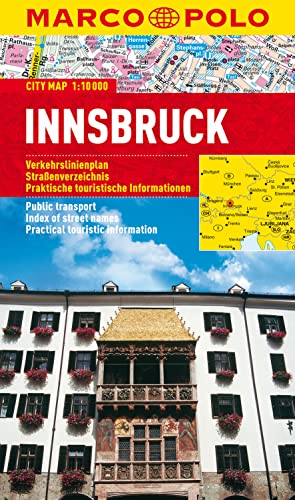