The Life Of Mozart

The life of Mozart started in 1756 and ended in 1791. When remembering the life of Mozart he is mostly remembered as an Austrian composer and a child prodigy. Wolfgang Amadeus Mozart made his first professional tour as a pianist at age six, composed his first symphony by age nine, and by age eleven had written an opera for the emperor of Austria. He found composing effortless; rarely did he need to improve a first manuscript.

The childhood life of Mozart was rich in musical experiences. Trained by his father, he travelled widely in Europe and encountered every type of music. In the life of Mozart he met with many composers and even befriended Franz Joseph Haydn. Back in Salzburg, however, he became frustrated by the limited musical opportunities and, in 1781, moved to Vienna against his father’s advice. There his talents matured and he wrote his greatest music including, “The Marriage of Figaro,” “Don Giovanni,” and “The Magic Flute,” which elevated the status of opera internationally. Despite this, Mozart spent much of his life in poverty.

In 1791, at age 35, the life of Mozart ended, he died of rheumatic fever, yet in his short lifetime he had written over 600 works. Even on his deathbed he was still composing passages for his “RequiemMass.” 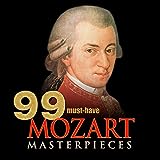 1762–63-Accompanied by Leopold, tours Germany and Austria, including the royal court in Vienna.

1763–66-Tours Europe, including Paris and London. Befriends J.C. Bach, the youngest son of J.S. Bach. Writes his first symphony while in London.

1781-Quits the court of Archbishop Colloredo and moves to Vienna without a patron.

1781–91-Composes his greatest operas: “Le Nozze di Figaro” (The Marriage of Figaro), “Don Giovanni,” “Cosi Fan Tutte,” and “Die Zauberflote” (The Magic Flute). These are some of the most famous works in the life of Mozart.

JULY 16, 1782-His first German opera, “The Abduction from the Seraglio,” opens to critical success.

1789–90-Travels Germany and Austria in a failed attempt to solve his dire financial situation.

1791-Begins work on the “Requiem Mass,” commissioned by a stranger.

DECEMBER 5, 1791-The life of Mozart ends, he dies in Vienna of rheumatic fever and excessive blood letting. Buried in a pauper’s grave. It is said that only a handful of people attended his funeral and thus in a very tragic way ends the life of Mozart.