The second comic book heroes convention was also a success and additional Comic Cons have been scheduled. Utah and all of America has a growing love of superheroes. The 2010s television schedule included dozens of superhero stories, from Mask to Marvel to Supergirl. Heroes are everywhere and take American minds away from political and social problems.

This event is important to the nation's giant pop culture surrounding comics,especially with all the new superhero motion pictures of 2013 - 2014. Captain America, Thor, Wolverine, Iron Man - and James Spader of The Blacklist as the villain Ultron - and many more characters are attracting large fan bases as well as citizens who have decided to become real superheroes.

Conventions such as this one will continue to draw crowds of visitors to Salt Lake City businesses. In fact, the city is ranked Number Two in the USA for best places to start a small business.

Salt Lake City has consistently located in the Top 25 Best Cities for US Jobs listed by Forbes Magazine and other business analysts. In addition, Salt Lake City was Number One for 2008 countining to rank high among the top 25 cities through 2013.

Fastest Growing Industries in the Area

The Number One fast-growing industry in the Salt Lake City Area is not healthcare, as it is in many metropolitan workforce development districts of the US, but Management and Technological-Scientific Consulting. This growth goes hand in hand with that of others others in this Top 10 List, including Internet services in the Number 10 spot; Finance, Investment, and Securites/Commodities; Senior Services, and Healthcare.

Healthcare occupations, which are needed by many of the Fast-Growing Industries listed above, comprise the majority of job titles that are expanding and offering the greatest number of yearly openings in the area in and around Salt Lake City.

InformationTechnology (IT), which is used in all of the Top 10 Fast-Growing Industries, takes the Number 1 and Number 4 spots on this list of expanding job titles.

Financial Advisors are needed not only by the long-lived surviving Baby Boomers and oldest elderly (80- 100+) surviving in the area, but by the large population of indidivuals aged 18 - 49 in the metropolitan area.

Finally, entertainment Makeup artists are in increasing demand, indicating a rise in the Entertainment and Tourism Industries as well.

Snapshot of Jobs and Business

The two most accurate web crawlers for jobs on a consistent basis are the job search and trending companies SimplyHired.com and Indeed.com. A combination and analysis of the two give us the jobs available at a given time across Internet source

From April 2013 through April 2014, over 35,000 job openings were listed daily for this area, available within 25 miles of Salt Lake City, and this does not include hidden job markets and jobs listed elsewhere than somewhere on the Internet. 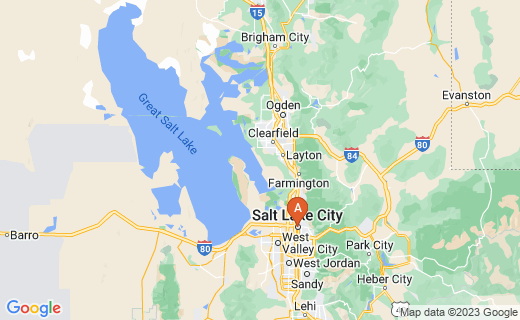