The Historically and Cultural City of Koln, Germany

Within Germany’s borders, you will find many different cities and historic sites to see. However, there is a historically, culturally, and traditional city in Germany that is unlike another city in Germany. For thousands of years, it has maintained its own unique identity and distinguished history. This is a city with exceptional historical significance that is often over looked by travelers. The city I am referring to is Koln. So sit down grab a drink and let me tell you a story about this city and the great suffering and happiness it has attained. 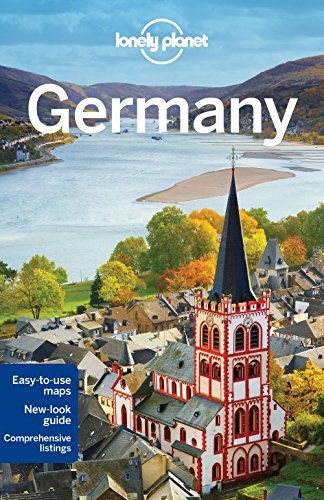 Here, is a list of some fact about the city of Koln that you should keep in mind. Geographically this is city is very large for its territory it currently is situated on the main Rhineland area just north of the city of Bonn. Its current population is approximately 800,000 people. There are many different religious nationalities that are present in the city the majority though are Roman Catholic and Protestant. Koln is a famous city that contains some of the most treasured religious artifacts in all of Germany. If you are traveling in Germany, defiantly make a stop in this fascinating city.

The story of Koln begins in the year 40 B.C, the first major settlers in this city were the Roman armies marching in from the south. The city was granted municipality rights by the roman emperor at the time Emperor Claudius which then the city was renamed Colonia. After several hundred years, the city was soon being ruled by the new Roman arch bishop of Koln. He made a name for himself in the city, and then was soon elected into the Roman senate. As a reward for his great service, the emperor at the time allowed him to be governor of this city. With the arch Bishop of Koln now running this city, its prestige became more prosperous in the region. It became a major pilgrimage city for christens when the remains of the three magi were move to Koln.

The city became a symbol of Christianity in the region thanks to the Romans bringing in the new religion to the people. The city became so prominent, that during Middle Ages, the city of Koln, was one of the most important trade roots in all of the Rhineland at that time. As more people flocked to this city gothic and Romanesque churches sprung up with magnificent architecture and new spiral technology in the windows. It was the wealthiest city in the Rhineland between 11th and 15th centuries.

During the rule of 1288, there was great suffering in the city here the archbishop and governor made the lives of people very hard. They justified the hard times of the city were in the service of god. The people in the city did not agree and revolted against the current rulers. However, gods promise for the people was answered, and the governor was over thrown. The governor and arch bishop fled the city to save their lives. Then with no leader, the people of the city created a local municipality that was one of the first republics established in Germany. In the 1400’s They soon established a major university, wonderful new churches, and trade locations that are still standing today.

It has become a very busy and modern city but with the vestige of the ancient Roman Empire still standing in Europe. There are many new and older museums that are filled with artifacts of life, as it was. This is a highly desirable city for any visitor, and if you really want to look back into the times of roman and nomad living in Germany start in the city of Koln and experience for yourself the true historical, cultural, and traditional events that took place here.