Germany is a place rich in history, culture, and people. If you are going to visit one of the richest places in Europe there are some special places that I have in mind that are a must for the European traveler to Germany. Germany has been a place of sad respite and historic traditions dating back many hundreds of year’s right up to the present. It has stories of our grand fathers and times long past but not forgotten.

The number one stop that is a must for anyone visiting Berlin is the Berlin wall. No other place in modern Germany besides the concentration camps is charged up with so much emotion. When you touch this magnificent peace of world history you can still feel the cries and bloodshed over this particular wall. This remnant of World War II stands as a monument to democracy and a sign to every man woman and child that visits that freedom reign victorious.

Number 2 on this list of top ten places is a romantic drive up the Romantic road. This is one of Germany’s pleasant drives you will experience. This road twists and turns through various scenic landscapes of mountains and valleys all the way through. You will pass through and stop in many historical and small cottage towns. Pass by wonderful Dark Age’s churches and castles still standing. This is a great drive to be seen and one not to miss.

One stop on your way through the romantic road is a stop for the night in Augsburg. It was originally founded by the roman legions that came through here in the early period of roman rule. It was named after there emperor at the time Augustus. This picturesque town is significant because it contains one of Germany’s oldest churches to survive wars and time. St. Anne’s church. It is where martin Luther took refuge after being conceded a heretic by the roman diocese. In side it contains the reminiscent of original roman architecture along with a gothic scene and has the famed Golden Room that will make you go blind if you look at it too long because of the beauty 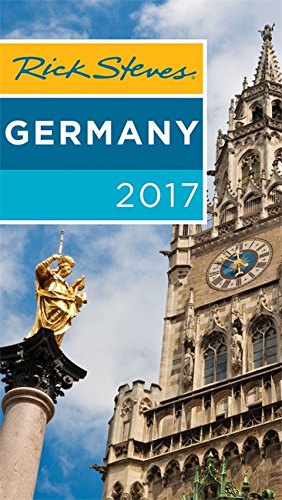 There is a magnificent castle in Germany known as Neuschwanstein Castle. It has had many inspirational uses through its lifetime. Walt Disney used this castle as a prelude to the castle in the famous movie of sleeping beauty. The high walls and alabasters were all based on the design of this castle. It also has a varied history of tyrants and peace lovers to inherit its walls and is said to be one of the top 20 hunted locations in Germany. It has become one of the top tourist destinations in all of Germany.

5.) The Castles of Fussen

There are hundreds of historical, gothic, and scenic castles that litter all of Europe but there are only a few really worth the time to visit like the above Neuschwanstein Castle. Another one of great grander is the castles of Fussen. Both of these castles will remind you of those old fairy book castles but show you the reality of why they were truly built. But, also give you the great dimensions and mastership of their original architecture.

Lake Constance is a wonderful spot to have you and your family enjoys the day. It is the source of revenue from tourist for the Germans and also a significant source of life. This scenic lake is relied upon by many communities for their drinking water. It is a great place to swim, hike, and lounge around in a party boat. There are activities from bird watching to exploring the majestic ancient forest that surrounds this natural reservoir. If you are a outdoor person or like to see the natural beauty that surrounds the country side of Germany this is a place that must not be ignored.

The name brings chills and visions of evil. Where witches roam and cursed trees with eyes watch your every move as you slither your way through. But don’t let the name scare you it is actually a very lively place. It is a wonderful sunlight filled sanctuary that surrounds you with some of the oldest firs in Germany. It is a wonderful place to take a hike or have a picnic with the family and is defiantly in our top ten must see spots.

There is a very old town along the river Rhine that runs through Germany and it is one of the picturesque cottages and cobble stone streets. It was made famous by the Cologne that were produced there and that are still done today. Each street that you visit will remind you of roses or natural wild flowers which is very pleasing to the nose.

By now you have seen enough fairy tale castles and mythical forest you could probably publish a tale or two yourself. We are going to switch gears and go into a darker side of Germanys past that must not be forgotten and another location that is a must see for tourist. The place is called Dachau it is the remnants of a concentration camp. As you step into this other world you can imagine the horrors the people there went through. If you listen carefully you can still here the screams of those that have passed away here. However there is a new monument that has been erected there and in the inscription it reads. "Never Again", a solemn promise of the German people that they will 'never again' commit such unspeakable acts - another true victory for peace.

Of course we cannot leave out one of Germanys most famous festivals. It is not really a place but leavening it out would be just wrong. This festival is held every year in the town of Bavaria and you can drinks and party for days experimenting with all types of original German Ale. This is a must for any beer lovers out there and visiting Germany around this time of year. 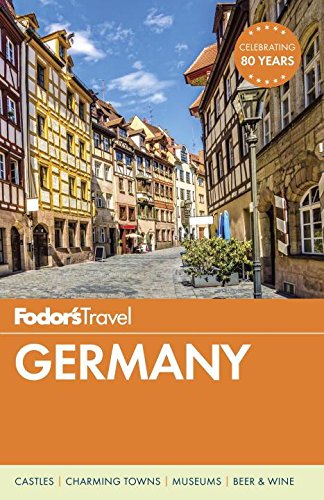