Where Is El Paso?

The West Texas city of El Paso is a metropolitan environment on the Rio Grande, the river that separates it from Mexico, it's former mother-land. Located in a desert, the climate is temperate, with rains usually falling between July and September. Daytime temperatures range from the 80's to 110's. Monsoonal thunderstorms in the summer months can lead to occasional unexpected floods. Due to the location of El Paso being so close to Mexico, United States travelers should take care to turn off their roaming feature on their cell phones or risk being charged international fees. 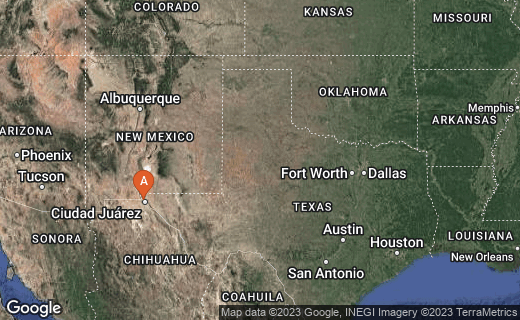 I nearly passed El Paso up on a drive from California to the Gulf but I'm certainly glad I made some time to stop. I hadn't learned much about El Paso growing up but I developed a wealth of knowledge by the time I left. El Paso is culturally rich and inviting. I hope you'll have as positive an experience as I did when I visited in historic El Paso.

Things To Do In El Paso

There are just too many to list! There are at least four dozen excellent things to do from national parks to museums to exciting adventures. I picked one from each category that I enjoyed most: