US Travel - The Southwest

Travel America - A Tour of The Southwest

A road trip across the United States is a romantic idea that most citizens would like to do... one day. But, because our nation is large, to visit America can be costly and require some planning for the season. It's sometimes more manageable and financially feasible to plan a road trip across the Southwestern states instead.

The Southwest has a diverse ethnic make-up. Nearly half the Southwest population is comprised of Latinos and Native Indians. The other half is made up primarily of whites (both European and non-European descent). A small percentage of the population includes African-Americans. There area also new immigrants from Europe, Asia and Africa.

A large portion of the Southwest was part of Mexico. Many people do not know this and have an incorrect viewpoint that the Mexican-American people "came here." While it's true that many Mexican people are more recent immigrants from the country of Mexico, it's also true that there is a huge population of long-standing Mexican families that have been in these states for several generations, before it was even part of the United States. Therefore, these families didn't "come here." They were already here!

In my travels, I have found there exists wide confusion in others who believe that all Spanish-speaking people are Mexicans. But there are dozens of countries in the world with Spanish-speaking people who come to live or visit the United States. It is prudent to the traveler in the Southwest to be observant and mindful that the person they are speaking to should not be assumed to be of Mexican origin, simply because they speak Spanish. Also, throughout the Southwest, many schools do a fine job of teaching the Spanish language to people of all ethnic make-ups. Therefore, people of all backgrounds may be found speaking Spanish fluently, though nearly all residents also speak fluent English. This "flavor of the Southwest" adds great character and charm to this region of the United States.

Historical sites reflect other ethnic influences, from Spanish architecture in the several Missions that still stand since their creation in the 1800's to the Greek Revival Architecture that was born-again the antebellum South. French influence spilled over from the Louisiana area, another part of the United States that used to be part of France. Many African-American ancestors fled from former slave-states to the free states of the Southwest. Some parts of the Southwest were free. Others allowed slavery to continue while, on the books, not allowing importation of more slaves. It's with a sad beauty that one can appreciate the fantastic and historical value of the Southwestern architecture of buildings that have survived the last couple hundred years, as a visual record of a time now long past.

Native Americans of the Southwest

In the Southwest, there are approximately 30 Native tribes of people, most of whom now live on reservations they were forced upon when the US government seized their original lands. The Native Americans are the original inhabitants of the Americas, from Northern Canada to the Southernmost point of South America. Many tribes of the Southwest are quite active, with cultural celebrations in and off the reservation, known as the "Rez" by Natives. When celebrations happen off the reservation (and sometimes, even on the reservations), the entire surrounding communities and cities are invited. The most famed and known tribes and nations include:

A revival of Native culture, language development and retention, and creation of economic opportunities is underway now and excellent Native artwork, basket weaving, bone carvings, tapestries, and jewelry is available to the public for purchase, both online and in-person, to continue the endeavor of helping the Native people become more self sufficient, after their economic and cultural losses during the earlier years of the development of the United States.

Top 5 Places To See In the Southwest

Each state and region is famous for something but here are the top 5 places to visit in the Southwest:

*Honestly, I put up "the very best site in California to visit" to a vote on one of my pages. There are too many to list but this one was the winner, by the voters. Thank you voters!

For each of these states of the Southwest, I have written an article highlighting the places I have enjoyed visiting during my road-warrior days:

* Oklahoma is not considered by all to be a part of the Southwest but, truthfully, it's a border state between the southwestern and mid-western states.

Map of Southwest US 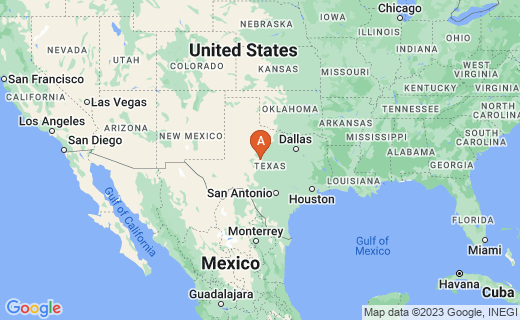