Created by a local landowner with lots of names

This fine, Georgian building dates from the 18th century.

Often known formerly as the Market House, in more recent years it has been called the Town Hall. Given the presence of a centre for the arts now within its walls, it is also referred to as the Town Hall Arts Centre.

The structure also served for a number of years as a jail.

Among the features of the interior of the building is a series of well-furnished assembly rooms on the upper level. The practice for many years was for the ground floor space of the building to be used for market activities — hence the former name 'Market House' — and the upper level was reserved for civic and social activities. The building's tower is a prominent landmark in the immediate area.

The Town Hall is situated at Newtownards's Conway Square. Newtownards is located at the edge of the Ards Peninsula, County Down. It is reckoned to be among the finest of town halls in Northern Ireland.

(1) The history of the name of the person who commissioned the building is rather complex. This landowning member of the Irish Parliamnent for Down, until the Act of Union, 1800 was called by different names, which, chronologically, may be summed up as follows:

So if you've been concentrating hard, you will have spotted that, when this local landowner will all the names ordered the building of the Market House (later, the Town Hall), he was actually still plain Robert Stewart!

In Newtownards itself, the Old Cross and Newtownards Priory are noted structures, as is Scrabo Tower, outside the town.

How to get there: Continental Airlines flies from New York Newark to Belfast International Airport, at Aldergrove, where car rental is available. Please note that some facilities may be withdrawn, without notice. You are advised to check with the airline or your travel agent for up to date information. 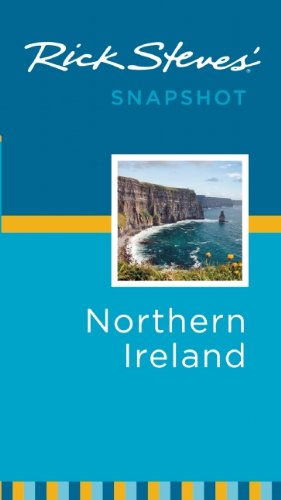