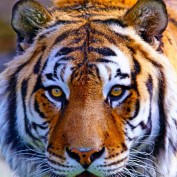 Joined 11 years ago from Bohville, USA, Just below the Mason-Dixon line in the land of the pleasant living

Google Attacks Our HubPages (Do the Math, Numbers Don't Lie)

The giant Google monster is going head to head with our beloved hub pages. One thing that's for sure in this world is that numbers don't lie. At this moment in time what the numbers are indicating Continue »