The Sled Dog Industry in Alaska

Anchorage, Alaska is not only the largest city in the state, but also the gateway to the Iditarod Sled Dog Race, also known as The Race for Mercy and

The Last Great Race on Earth.

The word Iditarod means "a distant place" and the trail used for the Iditarod dog and musher's race is surely one that leads across long distances of snow, ice covered bays, and storms. For the blind mushers who have been entering with their trail guides, that trail may seem even longer.

Requiring a full year of preparation every year, the Iditarod Sled Dog race is held annually at the beginning of March, along with a Jr. Iditarod for youth during the last several years. A great number of people are required to operate this race and jobs are available, as listed further below.

The race is held in order to commemorate an emergency dog sled relay in 1925 over the frozen land and sea to deliver diphtheria vaccine to the people of Nome, Alaska. Native Americans in Alaska made up the majority of the mushers that drove the dog sleds toward Nome along much a similar route to one the Iditarod travels in the 21st century. There were also some Europeans mushers.

The famous lead sled dog Balto led the last leg of the relay, his team and musher delivering the vaccine into the hands of the people that needed it in order to continue living. 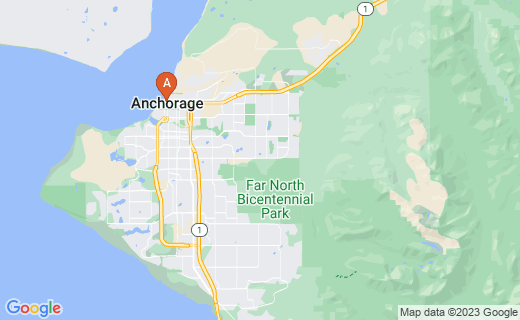 The dogs and sled hauled the medicine to a group of adults and children stricken with the fatal disease diphtheria out in the toughest wilds of Alaska, where no other form of transportation could reach and where medicine and supplies were scarce. Some people unfortunately died because of these circumstances, but many were saved.

Balto led the final team to the children and helped save their lives. Statues and a museum can be visited in Anchorage, and a large statue in New Your City's Central Park commemorates Balto as a hero.

Anchorage is a big employment city in Alaska and a large center for the tourism, hospitality, and dog sledding industries.

The Last Great Race, from Anchorage to Nome 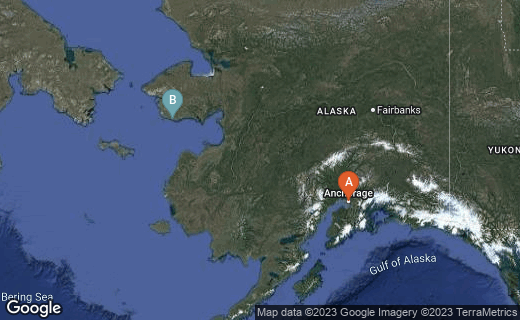 Working In Alaska Is Lucrative

Residents of Alaska have been entitled to receive a portion of the state's oil sales revenues yearly and this makes a good cash bonus for families and individuals.

This bonus is administered through a state savings account set up back in 1976 through a state vote. In addition, Alaska's Senior Citizens receive at least $150,000 in property tax exemptions or rental rebates.

Further good news is that there is no state or local income tax in Alaska.

During January 2014, the highest demand jobs in the state were the following, out of 18,000 job listings recorded:

The Top 10 Largest Employers in the State of Alaska are

Fishing, Logging and Others

Anchorage employees almost half of all people that work in the state of Alaska. Travel Nursing is the Number One medical job available and in high demand in Alaska.

Education and Training Near Anchorage