Largest City in the State

Boise, Idaho in the American West near Washington and Oregon is one of the Top 10 Best Medium Sized Cities for Jobs and Business in the US, according to several economists, workforce specialists, and related economic magazines.

Located in Ada County, Boise is the county seat and the capital of the state.

The name of the city itself comes from the French word boise′, meaning timber or wood and the city sits among forested lands. Thus, lumber has been a successful industry in the past several hundred years.

With a widely diverse cultural and ethnic population, Boise is home to over 15,000 Basque individuals.

These people make an interesting group, because of their unique ethic background and the speculation that the Basque, originally located in Spain and now in France as well, are genetically different from all other people to such an extent they may be a separate species of human beings. Whether true or false, this speculation lends them an air of mystery and interest. Their Basque cuisine is also very interesting, with several recipes offered at the embedded link.

In addition to the Basque, Boise is home to the Shoshone-Bannock Native American groups, Germans, Jews, Blacks, Italians, Greeks, Mexicans, a large population of retirees and other diverse people. 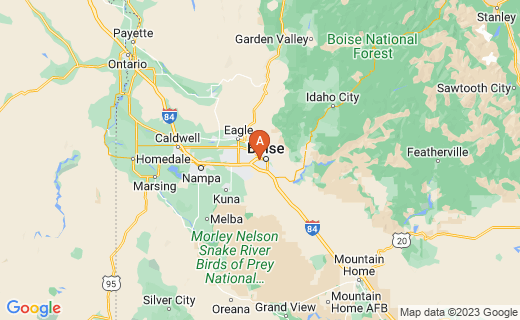 Boise ID is a good source for green collar and sustainability jobs in its initiative to recycle, reuse, replace, and protect resources for the local community and the state at large.

Sustainable Boise is a program with a myriad of alternative and sustainable options, including alternative energy and transportation, green building, water preservation, parks and open spaces, and several others. Boise is a green city in many ways, and the jobs available are growing and expanding to include green and sustainable practices.

Boise city bosses offers employees in many businesses incentives that I have seen no place else:

International Year of the Potato

Twelve chefs donated recipes and for every mouse click on the Recipe of the Month, they earned 10¢ donated to UNICEF, up to grand total of $50,000 to help children globally. They did this in partnership with the Idaho Potato Commission.

See the winning video entries of Idaho potatoes and their appearances in recipes made by potato lovers at iTuber Take II.

A total of 25 videos were submitted (a sampling of shorts ones appears below) and the Grand Prize was $3,000 -- Look for "Punchline"; it's about 10 minutes long.

Celebrate Idaho Potatoes With a Sample of Potato Recipes