How to Become a Real Estate Agent

A Profession Open to Almost Anyone Willing to Work

Real Estate Agents are the people who broker the sale of real estate. In some states they are even called real estate brokers. Their primary function is to bring buyers and sellers together to facilitate the sale of the property.

In addition, competition has forced them to provide additional services such as helping to arrange financing, referring home inspectors, assisting with property insurance and other things to make the buyer's purchase and move easier.

The increasing number of laws and regulations issued by both the state and federal governments in the area of real estate transactions has greatly increased the amount of paperwork that the real estate agent is expected to complete in order to be in compliance with these laws and regulations. The job has thus become much more than a sales job although sales are still their primary focus since, without sales, they receive no income.

A License is Needed in Order to Sell Real Estate

In most states it is relatively easy to become a Real Estate Agent.  Most, if not all, states require that a state administered test be taken and passed. The tests generally cover the rules and regulations governing real estate transactions within that state.

Upon passing the test and paying the required fee, the person is awarded a license to sell real estate. The license generally has to be renewed at periodic intervals and this usually involves simply paying a fee and filing a renewal application. Many states require that the renewal also show evidence of continuing professional education and will also deny a license renewal if there is evidence of the applicant having engaged in unethical practices.

Depending upon the state, unethical practices can be practices that are generally agreed to be unethical in the classic sense in that consumers of real estate services are harmed by the practice, or they can be what are normally considered competitive practices in any other business, such as reducing a commission, but are seen as a threat to the incomes of their fellow real estate agents. This is common with government regulations which, while they claim to protect the consumer, actually work to protect members of the profession from competition and result in greater expense for the consumer.

Many states go further in attempting to protect local real estate agents. Arizona, for one, requires that, before being allowed to take the real estate exam the applicant must complete an approved training course. This, of course adds to the cost of becoming a real estate agent thereby discouraging some potential applicants. It also raises the question of the value of the test since the test is supposed to test the knowledge of the person.

Requiring a course for everyone (including those who have had years of experience in another state) is more of a barrier to limit entry rather than professional preparation. But Arizona doesn't stop there, as it has a couple of more rules. The first being the requirement that the school be approved by the state agency that regulates real estate agents and, you guessed it, the only approved schools are those physically located in Arizona. The second is the real clincher, in that, not only must the school be located in Arizona, but the student also must attend class physically in Arizona – on line and other forms of self study outside of Arizona are not allowed.

There is something about Arizona real estate that knowledge of it can only be obtained if you have passed the sign on the highway that says Welcome to Arizona. The obvious intent of this rule is to make it difficult for a licensed real estate agent in another state to move to Arizona and immediately enter the profession. By placing these hurdles in the path of out of state real estate professionals we effectively limit the number who decide to come here and add to the competition.

However, despite these obstacles, becoming a real estate agent is not that difficult or complicated and it remains a profession that is open to anyone, with or without a college education, who is willing to take the time to learn what is needed to pass the test and is willing to work hard to build their business. Most real estate agents work strictly on commission and are, with few exceptions, independent, self-employed professionals. While the failure rate among new real estate agents is high, with a large percent of new real estate agents failing in their first year, it can also be a very rewarding business in terms of both personal satisfaction and financial success. 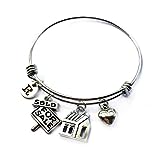 Links to My Other Real Estate Related Hubs