An Easy Way to Payoff Your Mortgage Early

A mortgage is usually the biggest debt that most indiviuals or families have.  A mortgage is basically a loan that is secured by real estate or real property, meaning that if you do not re-pay the loan, the lender can get its money back by foreclosing on the loan, taking control of the property and selling it to settle the debt.

While a mortgage can be any type of loan secured by real property, the most common type of loan now days is the long term amortized mortgage in which a lender loans the money for a long period, usually ranging anywhere from fifteen to thirty years, and requires the borrower to make fixed monthly payments which include both the interest due and a portion to reduce the loan balance.  The payments are calculated in a way that results in the loan being paid in full by the end of the term.

There are variations among amortized mortgage loans. The traditional fixed rate loan is one in which the payment amount and interest rate are fixed for the life of the loan.

When I say payment amount I am referring to the principal and interest or P&I payment which is what is used to repay the loan. In the United States and probably other countries, a person's mortgage payment often also includes additional amounts that the lender sets aside and uses to pay for things like real estate taxes, insurance on the property, life insurance on the borrower, etc.

The amount collected is usually 1/12th of the annual amount of these expenses. The lender collects these in order to make sure they are paid, since, if they are not paid, the lender risks losing the collateral (the property securing the mortgage) on their loan.

If real estate taxes are not paid the taxing authority can take the property and sell it to pay the taxes. Things like fire, wind, flood, etc. can destroy the property thereby causing the lender to lose their collateral so insurance coverage is necessary to protect the lender.

In recent years, new variations of amortized loans have appeared. The most common variation is the adjustable rate loan in which the interest rate and the payment can fluctuate over the life of the loan.

There are numerous types of adjustable rate loans but the main points that borrowers should check before taking such a loan are the frequency of adjustment, the maximum amount by which the rate can change at any one time and any floor or ceiling on the rate adjustments.

There is always an outside reference rate and when that rate goes up or down the interest rate on the loan will change in the same direction. Many adjustable loans have limits on both the frequency with which the loan's rate can change and the amount by which the rate can change at any one time.

The other major type of amortized loan is one on which the monthly payment is calculated as if the loan were for twenty, twenty-five or thirty years but term is for a shorter period such as ten years, at which time a final balloon payment equal to the balance of the loan must be paid .

The advantage for the borrower is an affordable monthly payment for the first ten years. The disadvantage is that the balance of the loan must be paid in full at the end of ten years.

An older, less common type of mortgage is one which consists of a term usually ranging from one to five years and payments consisting of interest only. The interest payments are usually due every six months or every year.

It is this type of loan that one sees in old movies where the evil banker conspires to take the poor farmer's property by first making the mortgage loan that the farmer needs, then refusing to make a new loan at the end of the term and then foreclosing and taking the property.

Accelerate Your Loan Pay Off With B-Weekly Payments

When talking about paying off a mortgage loan early we are usually referring to repaying one of the three types of amortized loans, fixed rate, adjustable rate and balloon,

The fastest and easiest way to repay a loan early is by means of bi-weekly rather than monthly payments. In my Hub Increasing Equity With a Bi-Weekly Mortgage I discuss bi-weekly loans in more detail.

Basically, the idea is to divide your monthly loan payment in half and pay half the payment every two weeks rather than the full payment once a month. Because our year consists of 52 weeks we end up making 26 half payments rather than the 24 half payments we would make if every month consisted of an even four weeks.

Of course, 26 half payments work out to 13 full mortgage payments or one more payment per year than we normally make when paying monthly. For a discussion and examples of the math see my Hub Increasing Equity With a Bi-Weekly Mortgage.

These deviations will result in your loan being paid off faster than scheduled but not as fast as when the payments are applied bi-weekly with the extra tax and insurance amounts going to the principal. And the difference can be years.

Finally, many lenders and companies that facilitate bi-weekly payments often charge both a set up fee that can be as much as $100 or more as well as a monthly service charge ranging from $2.50 to $20 or more for the privliege of paying bi-weekly.

There are some ways to get around the fees and problems cited above.

This should be clearly labeled extra payment to principal and not be included to look like a double payment (which will show you being paid ahead by one month on your loan but only reduce your 30 year term by one month).

Most people using this method then set aside 1/12th of the payment each succeeding month in order to accumulate the extra full payment to apply to principal at the start of the next year. Of course, you would have even greater impact if, rather than setting the 1/12th of the payment aside to include on the first payment next year, you simply added that 1/12th as an extra payment to principal each month.

The problem with the above is coming up with the extra full payment to start this. Another option that is almost as powerful in terms of paying your loan off early, is to simply calculate 1/12th of the payment and add it as an extra payment to principal each month. After the first couple of months this slightly larger payment simply seems like the regular payment.

A final option is to open a separate savings or checking account for the purpose of paying your loan and then depositing one half of your monthly payment into that account when you get paid every two weeks (many employees now days are paid every two weeks).

This way you have the money in the account to make you mortgage payment when it comes due each month and two times a year you have the extra half payment amount to apply to principal.

If you are paid on a time frame other than bi-weekly you will have to figure out a way to set aside from each paycheck an amount sufficient to generate a sufficient amount accumulate thirteen mortgage payments each year.

While the bi-weekly route is the best, there are other ways to speed up the repayment of your mortgage loan. One way would be to include a few dollars for extra payments to principal each month. Another would be to watch interest rates and when they fall, refinance your loan to get the lower rate. Depending upon the rate and how much you have been able to reduce you loan balance, you may be able to either get a new loan with a shorter term and same payment or shorter term and a payment only a few dollars higher.

If you borrowed close to 100% of your home's value in order to purchase the home your payments plus rising home prices may result in your equity (the positive difference between what the property is worth and the loan balance) is such that you could qualify for a lower rate.

This is especially true if your rate includes mortgage insurance which adds 1/4% to 1/2% to your rate and usually doesn't drop off after your equity increases beyond the point that the insurance is required. Here you can either refinance or try to negotiate a new rate by threatening to refinance at another institution.

When refinancing be sure to look at all of the costs - loan points, closing fees, inspection fees, etc. - and make sure that the new rate is low enough to recover that cost quickly and shorten the life of the loan. There are many sites on the Internet which have calculators that allow you to calculate this. 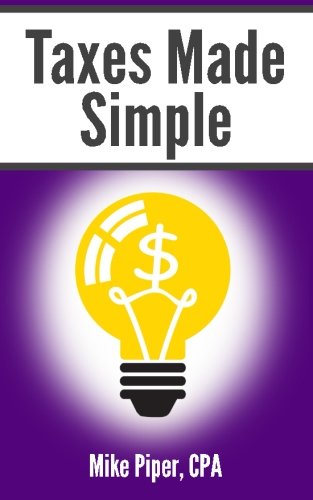 While it is great to be able to stop having to make monthly mortgage payments, paying off a mortgage is not the end of payments as you still have to pay the real estate taxes every year as well as continue paying monthly or annual premiums for homeowners insurance.

There some other factors to consider when thinking about paying off your mortgage early. One of these is prepayment fees. Many loans include what is known as a pre-payment penalty clause which requires the borroweer to pay a penalty fee, often equal to additional interest equal to 90 days or more additional interest on the outstanding balance. These clauses generally limit the amount of extra payments to some percentage of the original balance and then apply the penalty interest to any amounts that exceed the extra payment limit. The limit is usually high enough that it is not reached with bi-weekly payments but paying the loan in full will trigger the penalty.

Another reason, in the United States at least, is income taxes. For most Americans, the interest they pay on the mortgage on their home as well as the real estate taxes paid on the home, can be deducted from income for income tax purposes. Homeownership is popular because of the tax deduction it offers to most people. Depend upon ones tax bracket andrates on alternative investments, it can be a financial advantage to keep the loan and use the money one was going to use to pay it off early for some other investment.

The final major reason for not paying off a mortgage loan early would be cases where the interest rate on the loan is less than the return on alternative investments. In this case it would be better to invest the money at a higher rate rather than paying off a lower rate loan.

Its Up to You

Links to My Other Hubs On Mortgages and Real Estate