Peace Outdoors and Sustainability in NY

Out of 100 Best American Cities chosen by CNNMoney Magazine online, Clarkstown NY is in the Top 50 at Number 41 in 2010 and Number 35 in 2012. It is said to be the fastest growing suburb of NYC economically.

According to Sperling's Best Places, the investment made per each school child is $12,271 annually for school year 2013 - 2014, over twice that of the rest of the US on average.

CNNMoney Magazine is one of the most well respected and widely read of all America's financial and economics reporting publications.Clarkstown satisfied a number of important financial indicators to make it into the Top 50 Best Cities.

Located 25 miles and about 30 minutes from the center of Manhattan NYC, Clarkstown is near enough to the big city for convenience, but far away enough for enjoying panoramic green spaces, the Hudson River, and outdoor activities at places such as High Tor State Park.

Clarkstown’s Rockland County has been named one of the best places for jobs and employment in the USA as well. The entire county comprises is a marvelous scenic landscape that welcomes new residents and visitors to stay awhile.

High Tor State Park is well maintained by the State of New York, with constant improvements annually to increase sustainability and scenic beauty (see the image at the head of this article for an example). The area is a beautiful as it was before our nation was founded.

The state park is a favorite for hiking every month of the year and for picnics, river watching, relaxation, and restoring the spirit. It is a perfect place for photography and bird watching - ripe for the Great American Backyard Bird Count and further-afield birding events annually.

Clarkstown also offers a system of convenient open space parks, planning and building even more new parks and open green spaces each year. Just to the east of Clarkstown on the map below, we see several additional state parks and golf courses that illustrate sustainability and outdoor sports in the area.

New City is the Town HQ for Clarkstown 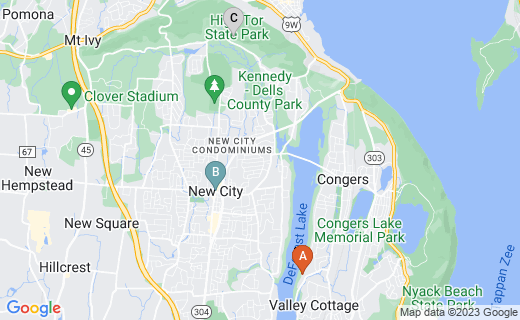 To the east of the parks just east of Clarkstown, we find Haverstraw Bay, which is the widest part of the Hudson River. Parts of the river are visible from the Mini Trans routes and make a scenic adventure for riders. Nearby Haverstraw Park is also a large green space that is scenic and well maintained. The American bald eagle is sometimes sighted in the area and the Bay and Park are protected as official state wildlife habitats, along with similar areas near their locations. A ferry boat crosses the bay under the supervision of the New York Waterways.

This area is undoubtedly the former home of many Eastern Woodlands nations of the Native American. Sustainabiity and wildlife initiatives continue to restore the natural settings to a point before their discovery by Dutch explorer Henry Hudson in the early 1600s. A full day or more can be spent in the parks and along the Hudson River near Haverstraw Bay.

Note: Apparently, Captain Hudson felt he had found the Northwest Passage in Haverstraw Bay, but was mistaken. In the 2000s, after sufficient pack ice melt in central and western areas of Canada, NASA satelittes revealed photos of an actual water passage through North America to the Pacific Ocean.

Haverstraw Downtown and Community Gardens From Atop Tor Mountain

Havershaw Bay On the Map 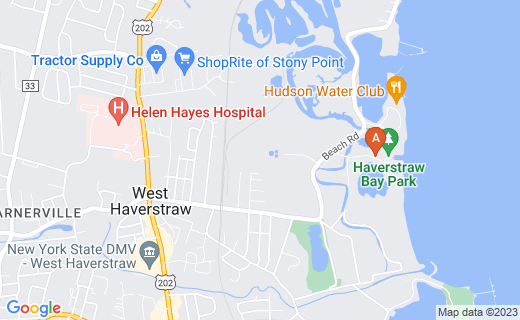 New City is one of 9 full villages and 2 partial villages located in Clarkstown and the one that serves as the Rockland County Seat/Clarkstown government headquarters. The town supports 4 school districts and 4 public libraries, with one teacher for every 14 children in K-12. Students receive a lot of individual attention.

To increase safety for all, Clarkstown dedicates itself to fighting domestic violence.

In October 2010, the Town Supervisor, Alexander J. Gromack, released a statement in which he announced the town's participation in New York State’s initiative called Shine the Light on Domestic Violence.

In addition to special announcements such as the 2010 decree by Supervisor Gromack, the Supervisor presents a weekly update and a State of the Town address yearly and sometimes, more often. He is dedicated to ending and preventing domestic violence in his town. Already,. Clarkstown is recognized as the Number 2 Best City for Low Crime Rates from data gathered by the US Census Bureau.

Clarkstown operates a system of minibuses that are called the Mini Trans system. This operation places the town far ahead of communities the same size that have no mass transit at all.

The Mini Trans buses operate across five route lines from 6:55 AM to 8:05 PM weekdays and slightly shorter hours on Saturday. The mini buses are a big help to those that do not drive or do not feel up to driving, and to senior citizens and the disabled.

All lines meet at Nanuet Mall for convenience and transfers. Many jobs are available in the mall and surrounding businesses, making the transportation system ideal for these workers. The mall is just south of Interstate 87 in Clarkstown (see map below).

The System Route Map at town.clarkstown.ny.us/html/system_map.html shows routes covering most of the town, around the perimeter and through the center, with libraries, City Hall, and post offices exactly on the routes. The shopping malls are also directly on the bus routes.

The minibus routes connect with mass transit buses from Rockland County and Seniors and the handicapped are afforded a very large discount on fares. 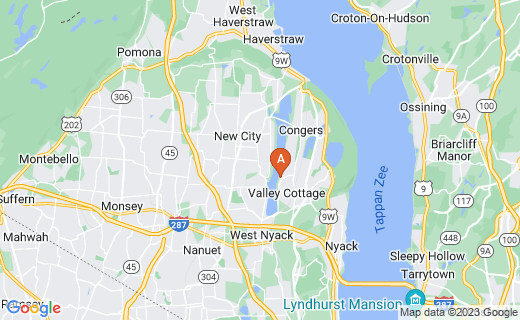 If you don’t want to go into the hectic Manhattan area to shop, you can stay in Clarksville and enjoy Nanuet Mall, Palisade Mall, and the town’s revitalized Main Street that extends through many of Clarkstown’s distinct villages. Known for safety and a good school system, the town is recommended as a good place to raise a family and a nice place for singles to live if they want a retreat away from their work in NYC. 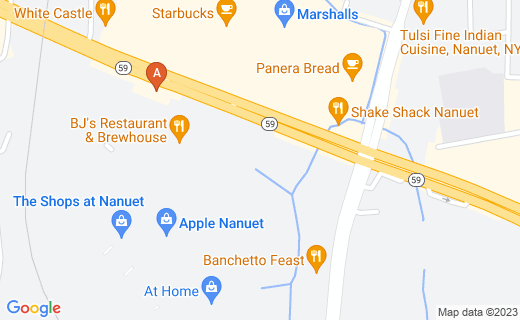 Employment Outlook and Trends Are Encouraging

In detail, the smaller metro area experienced a dramatic increase of 4,500% more jobs during the months January through August, 2013 over the same months in 2012.

Hospitals in Clarkstown, Most Listing Jobs