Ancient alien theorists speculate that thousands of years ago our ancient ancestors witnessed aliens upon the earth.

These speculations are brought about by ancient texts on clay, stone or papyrus. Also by cave drawings, huge lines or drawings on the landscape but perhaps most of all by the fact that many ancient structures like the Pyramids seem to have required advanced technologies of some kind, in order to build them.

The “evidence” these theorists proclaim, are found from origins all over the planet. The texts tell of civilizations from other star systems and at times describe, in detail, these star systems. Some of these details are only today, with modern telescopes, being proven to be accurate.

Drawings show, what appear to be spacecraft and humanoids in space suits.

The ancient buildings speak for themselves in both their immensity and their intricacy that it is unfathomable to imagine how they could have been built, without an advanced technology. 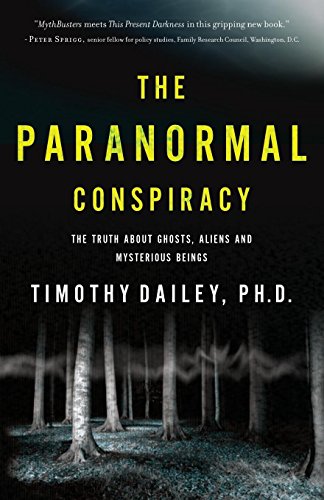 The Paranormal Conspiracy: The Truth about Ghosts, Aliens and Mysterious Beings
Buy Now

The skeptics will say that the drawings are mere imagination; perhaps drawings of what had been seen in dreams.

What could have conjured up these images, even in the sub conscious?

The skeptics say that the writings are mere works of fantasy and that ancient writings should be considered as works of fiction.

What then, is to be thought of the Bible, Koran or other ancient religious scripts?

The skeptics say that the buildings could have been built with human intellect and slave power alone.

This may be true but the Great Pyramid is said to have two and a half million stones, each weighing two and a half tons. Experts say that it took twenty years to build: do the math. Without allowing for times to eat, days off, bad weather or darkness each stone would have to be cut, transported, aligned, placed and set in four and a half minutes. Where did these “Super Slaves” come from?

Lastly the skeptics say “why have we not found any real evidence, such as bones, machinery, etc.”

Perhaps the answer lies in logic?

From our own experiences from history and space exploration, we have found that coming into contact with a different environment and species, can just by contact alone be dangerous. Bacteria, viruses and diseases that we have not previously come in contact with, could be fatal. We therefore, correctly, treat these environments with caution. Wouldn’t any advanced life form visiting earth be equally cautious?

Would they not perhaps avoid personal contact with humans where possible?

When they did have to come into contact with a limited amount of humans, would they not select isolated places, such as the tops of mountains?

Would they not have set up a small group of humans [Priests] who would pass on their wishes to the rest of the humans?

Is it possible that they had structures especially erected [Pyramids, Etc.], as to where these Priests could first be decontaminated prior to their meetings?

All of these are precautions that we would ourselves take today. Would an advanced civilization be less careful?

We also try, whenever possible, to bring our dead home or perhaps a burial at sea.

Is it not possible that aliens would do the same thing but their burial would be in space?

Although we are relatively new to space exploration, we are already learning the hazards of space junk and the need perhaps to correctly dispose of any waste equipment or trash.

Why is it that when skeptics think of “advanced” civilizations, they always consider them to be LESS intelligent than themselves?