Are Humans the Result of Alien Colonization?

Dr. Charles Lineweaver an astronomer, who studied planetary formation, concluded that any other life form in the Universe would probably have had 2 billion years longer to evolve than us, making us the “new kids on the block”.

Some experts have said that using nuclear power, a speed of 1/10th the speed of light could be attained. They say that assuming an intelligent life form, only used this source of power; they could colonize the whole galaxy in a period of 1 – 10 million years.

These facts led to some scientists saying: if aliens existed, we would have seen them by now, we haven’t and so they cannot exist. 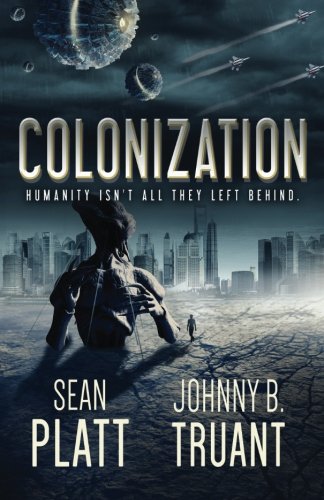 Other scientists though, say these facts could support the ancient alien theorists.

Some of these have said that perhaps aliens colonized the Earth and when the inhabitants of Earth started to show signs of intelligence, they moved on. This could account for the reason why we have not seen aliens in recent history but our ancient ancestors did.

Others have theorized that Earth was the subject of alien colonization but over time, as earths inhabitants grew in intelligence the colonizers bred with them. Humans are the result of this mix of DNA, a kind of Creole between Aliens and Earthlings.

Once again, this theory could support the fact that only our ancient ancestors seem to have seen aliens. We only see ourselves and do not see ourselves as aliens.

We may never know the answer to the question of whether we had been colonized in our ancient history.

One thing though is certain. The existence of ancient monoliths, temples, pyramids and cities, shows that our ancient ancestors seem to have had advanced technologies or advanced machinery.

The colonization theory could explain this. Also why, the technology does not still exist today.

Our astronauts today know how to fly their spacecraft and also know how to use the machines they take with them. They may even know how to fix some of these. However, I am sure they do not know how to build them, assuming that on whichever planet they landed they had the raw materials to do so.

It is therefore logical to assume that any alien colonizers would only have a certain amount of hardware. Yes, they may have received resupply but as their colonization continued to spread throughout space, these probably became fewer and fewer, eventually coming to an end.

True, we have not yet found any such technology buried among the ruins but then again, depots may not have been marked by pyramids. Besides, for all we know the alien technological machines may have been made of materials that are bio-degradable on Earth.

Whether you believe in ancient aliens or not, you must find it a mystery as to what technology the ancients possessed to be able to build such monuments. You must also wonder as to what happened to that technology.