Endangered Species, the Human Race and the Native American Genocide

In this article Endangered Species, the Human Race and the Native American Genocide I hope to show some of the social issues that have plagued mankind's existence on this planet since he became self-aware. My point is that a race of humans that can live in harmony with nature is actually conceived of as a threat to those that would manipulate and control the human race.

Learning to adapt to changing environments (weather), migrating food sources, finding protection from predators and the elements were just some of the challenges humanity faced at the dawn of civilization.

These challenges were virtually eliminated in an attempt to control the population, through the practice of concepts and principles, we call civilization.

Early man had basically two main issues that kept him busy most of the time, looking for food and finding adequate shelter.

I believe the first self aware ancestors of mankind were a variation of the Lemur and mainly existed in the trees, making their homes there and only venturing to the ground to forage for food. I believe that these early ancestors of upright humans, used tools, had fire or an ability to create it through tools, and had a basic language.

Since they built their homes and communities in the trees, using wood, none of these habitats would have survived the ravages of time and weather.

Eventually moving to the ground provided a more diverse food supply but created more dangers in terms of enemies, finding shelter, protection and safe transportation. This afforded early man the valuable lessons the species needed to adapt. Creating a living environment in which the strong survived while the weak perished thus enabling the species to flourish.

Once early man became a ground dweller he was able to migrate vast distances, being no longer reliant on trees for safety, protection and food. This practice of migration enable the race not just to spread out but to find better food sources, better climates in which to live and to distance themselves from tribal warfare.

It also created an existence in which small gatherings of humans became normal as families learned to stay together. These families soon grew to be tribes that were closely related which formed tighter bonds and better morals and ethics.

Smaller groups of humans or tribes have always fared better than larger groups in their ability to provide food and shelter while remaining more adaptable and mobile. These early pioneers of the human race became the first hunter gatherers that we find in our history books.

Always on the move these tribes were able to adapt to changing weather, migrating food sources and the ability to evade enemies and predators. Able to follow migrating herbivores and changing seasons this species of humans flourished for thousands of years all over the world and right up until the late 1800's in America.

The American Indian was the ultimate hunter/gatherer species of humans but because of Manifest Destiny, greed, disease and murder they were basically hunted almost to extinction.

The American Indian as a species had learned to live in harmony with their environment, creating a more spiritual existence for themselves. European settlers and pioneers learned from these people as they took from them the land in which they lived. American Democracy was actually based on many of the principles the Native Americans had instilled in their societies and practiced for thousands of years.

These humans have now dwindled in numbers and for all intents and purposes are an Endangered Species, and yet we as a civilized nation do not include them on the Endangered Species list, even though we played a big role in reducing their numbers.

The Native American Genocide was a systematic elimination of a spiritual group of humans dedicated to living in harmony with their environment. Conditioning was used to convince European settlers and pioneers that . . .

"The only good Indian, was a dead Indian!"

How can we call ourselves a civilized nation and yet we do not recognize that our own behavior lead to the demise of this once proud, spiritual people. We do not afford this group of humans, we had a direct hand in destroying, the same rights we afford animals that we hunted almost to extinction.

My point is that we as a society have moved so far away from nature that we no longer live in harmony with it.

Just as the spiritual nature of Native American society was deemed a threat to civilized man, so too is any spiritual movement by the current population. This concept alone should be all the evidence one needs to understand the systematic elimination of spiritual practices and the threat they pose to The Powers That Be.

Peace and harmony with our environment has not been practiced by civilized man for thousands of years except in small pockets of humanity isolated by geography.

American Indian societies had learned to use 'vision quests' as a means to spiritual enlightenment. This practice was simple a form of meditation learned from thousands of years of learning to live in harmony with their environment.

This practice of meditation and prayer has been almost eliminated from our society by being labelled primitive, superstitious and trivial.

This maybe the greatest form of censorship imposed on American society, as it is often ridiculed and misunderstood and yet has provide me with the clearest understanding of how I can live in harmony with the Universe.

We as a society have thrown away Two Thirds of the gift the Creator of All has given us, our heart and soul, in pursuit of only what the mind tells us is true.

The mind maybe our eyewitness to the world but our heart and soul is the judge and jury, learn to trust your God given instincts and become a truly free three dimensional being. 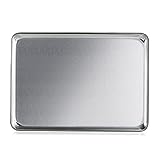 The Heart and Soul

For many years I was unable to understand the thought process America as a nation used to conceive of the Native American as a threat or the need to commit genocide.

It was only until I became sober through a spiritual program that my mind cleared enough to understand the implications that living a spiritual life has on current society and the iron grip that The Powers That Be have created through education and conditioning.

Living a spiritual life has allowed me to trust my heart and soul, no longer am I forced to rely on the logic of the mind to provide my answers for me. The human mind is easily deceived and programmed through conditioning. For years we as a society believed that eye witness testimony was infallible and yet it has been proven time and time again that it is not.

No longer am I limited by the narrow perspective of education and conditioning to wait for evidence or proof to believe a certain set of preconceived principle's that have been force fed to the American people.

Learning to listen to God, trust my heart and soul, use critical thinking and keep an open mind has afforded me the ability to move beyond my early education and conditioning.

I have learned that anyone that makes a promise is deluding themselves and others by trying to predict the future. When I talk to people that promise me anything I have learned this is a lie and quickly distance myself from them.

Unlearning all I have been taught since an early age has not been without its challenges and I by no means have perfected this spiritual way of living. Adapting to my ever changing environment, the information highway and a better understanding of the conditioning imposed on our belief system has created the necessity to keep an open mind and not become set in one particular set of principles.

I'm just now beginning to believe that many of the ancient myths and legends handed down from generation to generation were created as allegories to teach mankind valuable lessons as to their role in the Universe.

As I have said before many times, that I reserve the right to change my mind at anytime as more information becomes available.

That being said, it has become clear to me why the Native American was perceived as a threat to our current society as they did not share the same beliefs in terms of ownership (land), greed (money), and social status (class) that has been conditioned into our society through education and history.

The list goes on and on however I suspect the reader gets the point that all of these concepts were created as a means to and end, CONTROL!

The Native American Genocide has been justified through education, conditioning and Manifest Destiny. We as a society have been conditioned to believe that Manifest Destiny was the only way of solving a problem we created in the first place.

The movie industry has helped with this conditioning by portraying the Native American as a savage to justify the genocide we perpetrated in the name of Manifest Destiny.

We use this same principle now as we force the rest of the World to join us in the pursuit of happiness, freedom and the American Dream.

America is no longer the leaders of the Free World but have become the enforcers, you are either with us or against us.

Although the Human Race may not be an endangered species, those that wish to live in harmony with the planet certainly are. The Native American Genocide has been neatly swept under the rug of the consciousness of our society through education and conditioning.

Can you see how conditioning and education has limited our perspective?