You Make the Call

Is the increase in volcanic activity worldwide a sign of the apocalypse or just better news coverage? 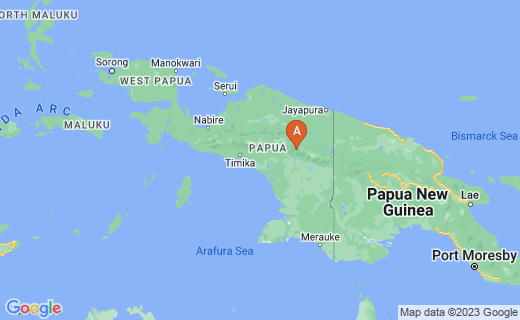 Papua, Indonesia is in the heart of the Ring of Fire and currently has 76 active volcanoes in the immediate vicinity.

Indonesia in the Ring O' Fire

With the recent volcanic eruptions in Costa Rica, Guatemala and Nicaragua in Central America, Ecuador and Columbia in South America along with the Aleutian Islands to the North and the Kuril Islands to the Northwest and all through Indonesia to the south the Ring of Fire is earning its namesake. Volcanic eruptions are Increasing Another sign of the Polar Shift, Nibiru Planet X. Europe, Iceland and parts of Africa are also experiencing an increase in volcanic activity as well as the ocean floors.

In this article I hope to reveal to the public a little bit about what is known about volcanoes and how they relate to the ongoing Polar Shift and what to expect from them in the near future.

Volcanic eruptions occur due to seismic activity (earthquakes) that weaken an area of the Earth's crust allowing the molten rock (magma) the Earth's crust floats on to rise to the surface. This can take place quite suddenly or slowly, over a period of weeks, months and even years. There are different kinds of eruptions and some sub-categories however the most violent is the Plinian Eruption which can shoot gaseous magma and ash miles into the atmosphere.

These eruptions can create huge ash clouds that impede airplane traffic and create climate change. Because of the explosive energy that is released during a Plinian eruption gassy ash clouds can rise as high as thirty five miles into the atmosphere at speeds of hundreds of feet per second. These types of eruptions, such as the Mount St. Helens eruption in 1980, can be extremely destructive destroying whole forests and sending lava bombs many miles in any direction.

Plinian eruptions create pyroclastic flows that obliterate everything in its path such as the infamous Mount Vesuvius cataclysm in 79 A.D. that buried a whole city vaporizing thousands of humans instantly.

There are other kinds of eruptions as well , such as the Hawaiian Eruption in which fountains of fluid lava are ejected skyward in often spectacular fiery events. These fountains of lava can last many hours even days and can reach a thousand feet in the air.

Strombolian Eruptions are generally short violent burst of fluid lava ejected by exploding gas bubbles at the top of volcanic vents. Strombolian Eruptions are associated with lava lakes that form at the top of volcanoes and bubble constantly. They are named after the Italian island of Stromboli which has a couple of fairly regular volcanic events.

The increase in volcanic eruptions worldwide including those unseen on the bottom of the ocean is a clear sign that the Polar Shift is escalating due to the presence of Nibiru Planet X.

The Smithsonian Global Volcanism Program defines an active volcano as one that has erupted in the last ten thousand years.

There is estimated to be over 3,000 active volcanoes on the ocean floors, with over a million openings, fissures and cracks releasing magma into our oceans. This is what is causing the rise in temperatures in our oceans world wide. Because the Arctic ice sits in water as opposed to the Antarctic ice which rests on the continent, it is melting faster from the warming oceans beneath, not from our warming atmosphere.

However the Earth's atmosphere is warming because the oceans are warming, not vise versa.

A pot boils from the bottom up not from the top down but because we are not aware of what goes on below the surface of the ocean, we do not make the mental connection and our Fake Stream Media doesn't help us achieve this understanding because they are controlled by their corporate masters.

The Powers That Be hope to keep up the illusion of 'Climate Change' so that they won't have to explain the true nature of our changing planet, which is because Nibiru Planet X has entered our solar system.

While volcanoes on the ocean floors certainly increases ocean temperatures world wide, they are not to blame for the melting polar ice caps. The increase in volcanic activity worldwide is due to tectonic plates shifting due to the ongoing Polar Shift and the nearness of Nibiru Planet X as it leaves our solar system.

As the plates shift and realign it creates fissures in the Earth's mantel that allows the magma to rise to the surface, hence increasing volcanic activity. However the increase in the Earth's Wobble due to Nibiru Planet X affecting the Earth's magnetosphere is what is creating the warmer temperatures in the air and our oceans.

What this effectively does is allow the Poles to both be exposed to more sunlight, which has changed the weather worldwide. It pushes warmer ocean currents into Polar regions as well as warmer air from the equator and vice versa, this is what is causing the polar ice sheets to melt at alarming rates.

Yes the increase in volcanoes is upsetting the Earth environment but it isn't what is causing the extreme weather or melting polar ice sheets. The increase in volcanic activity, like the polar ice melting is merely a symptom of Nibiru Planet X's presence in our solar system and the ongoing Polar Shift not the other way around as the establishment would have you believe.

These three volcanoes seem to be the most active in the last few weeks and are worth paying attention to as they create a large triangle encompassing many other active volcanoes.

LITTLE SITKIN • Aluetian Islands, Earthquake swarms were reported on the 11th and 13th of Sept., although satellite views were obscured by clouds in the area. This volcano is under a yellow alert which means it is exhibiting signs of elevated unrest above known background level.

FUEGO • Guatemala, According to the USGS on Sept. 13, 2012 Fuego started its sixth eruption this year sending a large ash plume three km above the crater and leading to the evacuation of over 30,000 people. Several pyroclastic flows resulted from this eruption and the alert level remains at red. This volcano is experience a lot of activity and increased earthquakes and constant explosions.

LOKON-EMPUNG • Sulawesi, has erupted 41 times last month (Sept. 2012) and three times this month and remains very active. They are actually two volcanoes, whose summits are less than a mile apart.

As the Polar Shift continues volcanic eruptions will increase and become more dangerous however the flooding due to the realigning of the Earth's tectonic plates will cause far more damage to human life and our civilization as we know it.

Certainly volcanoes can and will cause some atmospheric disturbances as well as geographical destruction, yet the flooding from rising ocean levels and sinking coastlines will displace more human populations than volcanoes.