Why Is Conventional Medicine Antagonistic to Chelation Therapy Despite the Fact that USA Says it Is Safe and Effective? 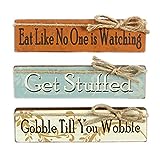 This discussion gives summaries of contrary views on chelation therapy and focuses on the economic side of treatments for heart disease.

Infusion chelation therapy is an alternative to the coronary artery bypass graft surgery or CABG and the angioplasty in the treatment of heart disease.

CABG involves sawing the breastbone to get access to the heart, opening the heart covering, sewing in one end of a vein (saphenous vein taken from one leg) before an occlusion in a heart artery, then sewing the other end of the saphenous vein in again after the occlusion, bypassing the occlusion. This occlusion is sometimes called plaque that narrows the heart artery or blocks it completely. Blood flow to the heart is lessened or blocked resulting in angina or worse in heart attack. One or several arteries may be occluded.

Angioplasty involves the insertion of a fine plastic balloon into an artery with an occlusion, inflating it at the occluded part thus widening the artery, then withdrawing the balloon. A later addition to this procedure is inserting a stent (fine wire mess as prop) along with the balloon and leaving the stent at the occluded part of the artery widening the artery for a long time, or for life.

What follow are contrary assessment of chelation therapy. To insure against unintended falsification arising from paraphrasing, please bear with these long quotes.

“Another treatment promoted with miraculous claims is ‘chelation therapy’ This involves intravenous injection of a synthetic amino acid (EDTA) into the blood stream where it is supposed to remove unwanted mineral deposits of ‘toxic metals’ from various part of the body before exiting via the kidneys. Vitamins, minerals, and other substances are used also. A course of treatment may consist of twenty to fifty infusions and cost thousands of dollars. (This Huber’s comment: above statements are valid.)

“According to its promoters, chelation therapy can reverse or prevent the accumulation of fatty deposits (atherosclerosis) in the coronary arteries and elsewhere in the body. (This Huber’s comment: this statement is also valid.) Some promoters refer to it as a ‘chemical roto-rooter’ and ‘a way of producing a powerful rejuvenation of cell functions.’ Other promoters claim that it worked by decreasing the body’s production of ‘free radicals.’ None of these claims is valid. (This Huber's comment: the statement about free radicals is true).

“Chelation therapy is used most often in cases of heart disease but is also claimed to be effective against kidney disease, arthritis, Parkinson’s disease emphysema….(This Huber’s comment: this statement is also valid.) However, no controlled trial has shown that chelation can help any of these conditions. In 1985, the American Heart Association concluded that chelation therapy is unproven for heart disease and can be dangerous as well. If I were you, I would steer clear of anyone who does chelation therapy or even recommends it” (Alper, P. R. "Avoiding the 'Marginal' Medic." Barrett, Stephen, MD and William T. Jarvis, Ph.D. Editors. The Health Robbers.1993:134-135, parenthetical mine).

“None of these claims is valid” is an opinion of the author, Philip R. Alper, MD.

Today, chelation therapy is no longer promoted as a “chemical roto-rooter.” That was during the early stages in the development of the treatment. Now, with refinements, this claim is no longer warranted, and no longer issued, according to Dr. Cranton, MD.

What is meant by controlled trial was not elaborated. What is usually referred to by "controlled trial" is double blind design where neither the patient nor the nurse or doctor giving the tablet (or any drug) knows that what is being given is a sugar pill or the real drug. But there are occasions where the double blind design is inappropriate or another statistical design can be used. For example, in the development of the Salk vaccine. Dr. Salk did not use the double blind design to come up with the killed polio virus vaccine. He used the controlled observation method because he wanted to protect all volunteers in his trials. In the final trial of the vaccine, 1.8 million American children were given shots of the vaccine. If the double blind method were applied several volunteers were sure to have not received any protection at all and would go home with a lollipop and likely to get the polio later on (Kluger, J. Splendid Solution, Dr. Jonas Salk and the Conquest of Polio. 2009). Dr. Salk rejected the double blind design as unethical in the development of his vaccine.

Suppose the double blind design were applied in the development of CABG. That means some patients whose breast bones were sawed, breast opened but whose occluded arteries were not grafted with saphenous veins. They were most likely to suffer heart attack after the operation. They would not suffer from angina because opening the breast and getting access to the heart would surely cut the vagus nerves that transmit pain messages to the brain and back to the heart. The pain stimulus would not be transmitted at all. Only about 20% of medical protocols have been developed with the use of double blind method. If the double blind design were used in a trial for heart transplant, at least one patient who volunteered for the trial had been virtually sentenced to die. No real heart transplant had been performed on him/her. In fact, the double blind design is impossible to use because the cardiac surgeon knew he did not transplant any heart when, in theory, he was not supposed to know at all.

Elmer M. Cranton, MD and James P. Frackelton, MD have posted in the internet an updated article on chelation therapy that can be accessed by the search entry cv chelation therapy cranton frackelton. CV means cardiovascular.

Dr. Cranton and Dr. Frackelton have this to say about American Heart Association, in part:

“In retrospect it appears that the NCHCT (National Center for Health Care Technology) based its conclusions on statements by cardiovascular surgeons, the American Heart Association and from the American College of Cardiology, on the assumption that those groups represent experts in the field of EDTA therapy. The opposite is true. Most practicing cardiologists and surgeons have little or no professional expertise in the use of EDTA therapy for cardiovascular disease…They have consistently voiced strong prejudice and opposition against allowing chelation therapy to encroach on their turf” (Cranton, E. M., MD and J. P. Frackelton, MD. Current Status of “EDTA Chelation Therapy in Occlusive Arterial Disease.” Internet March 30,2012, parenthetical supplied).

The American Heart Association is known to advocate CABG and angioplasty. Why the resistance to chelation therapy? Let’s look into some figures, as follow:

“Free spending mentality took hold in the 1970s and 1980s, and the treatment of heart disease (by CABG) was seen not just as an urgent medical priority but also as an economic bonanza. Drug companies, medical-equipment makers, cardiologists, and heart surgeons all kept widening the circle of patients they treated, some time leading to unnecessary procedures and inflated ‘demand’ for their services. Providers also learned that their lifesaving work could fetch stunning prices, far in excess of the direct costs. As a result, ostensibly not-for-profit hospitals salted away millions in earnings from highly profitable cardiac units. Heart surgeons earning $1 million or more a year began collecting Jaguars and fine art. Pharmaceutical companies posted giant profits and bathed their executives in luxury. Meanwhile, patients muttered in disbelief at $100-a-month prescription drugs and $1,500 tests of heart function. But they or their insurance carriers kept paying. Total spending on treatments for heart disease has surged to the point that it is currently more than $117 billion a year, equivalent to the gross national product of Sweden” (Anders, George. Health Against Wealth. 1996:95, parenthetical mine).

Chelation costs much less than CABG and angioplasty. In the Philippines, chelation therapy for angina and prevention of heart attack costs about 350,000 pesos while CABG costs about 800,000 to 1 million pesos and angioplasty costs about 500,000 pesos (1 US dollar is 42 pesos). The chelation protocol involves the chelator EDTA, and antioxidant supplements like vitamins A, C, E, B-complex and coenzyme Q10. These antioxidants are available in food.

Conventional medicine has to block chelation therapy to protect the billion dollar industry of CABG and angioplasty.

I just posted a Hub, "USA (National Institutes of Health) Has Announced Chelation Therapy as Safe and Effective."

On November 4,2012 the results of a randomized, placebo-controlled study (double blind) were presented at a meeting of the American Heart Association held in Los Angeles, California. This study is called TACT or "Trial to Assess Chelation Therapy." Volunteers numbering 1,708 from USA and Canada were involved. Dr. Gervasio Lamas, the principal investigator, presented the results.

So now the proof of the safety and effectiveness of chelation therapy is no longer by anecdotes but by double blind study.

This lays to rest the charge lodged by conventional medicine that the proof of chelation therapy is anecdotal. The TACT results should ensure confidence on the part of consumers about safety and effectiveness of chelation therapy as an alternative to angioplasty or bypass surgery in treating heart disease.

Hubs on chelation therapy by conradofontanilla: