See It Here! The Movie Is Better Than The Book!

Up until recently, it has pretty much been a given that when a movie is made from a book, the book would always be better, and the movie would pale by comparison. These days, this is no ,longer the case. I don’t know what to attribute this to. Perhaps screen writing has become a more serious profession. Perhaps instruction in screenwriting has improved. Perhaps both. Whatever the reason, the result is a happy one, at least for those of us who enjoy movies. In the past year, I have seen three movies that outshone the original books in stellar ways. In the case of the first three movies listed in this article, I would definitely recommend just seeing the movie and skipping the book.

I am adding a few more Book-to-Movie reviews at the end of this article. Be sure to check them out!

Christian Bale and Michael Caine are just fabulous in this magical mystery movie that will keep you guessing until the end. The difference in quality and level of interest generated by the movie as compared to the book is just staggering!

Well, first of all, anything with Christian Bale is bound to be better than anything without him. Aside from that, when comparing the book, The Prestige, with the movie, it is almost as if the book were a rough draft and the movie the finished product. The movie, starring Christian Bale, Michael Caine and Hugh Jackman. Is tightly knit, tense, clever, and lovely to look at. It is well constructed. All the loose ends are tied up, everything is explained, and the ending is satisfying and just.

By contrast, the book by Christopher Priestly, is rather disjointed. Throughout the book, it is difficult to understand the logic behind the magic or the events - if there is any. Characters seem rather cardboard. The ending is illogical and trails off rather than coming to any sort of conclusion.

Both book and movie are about two young magicians who compete with each other to master the best illusions ever. One has a secret trick up his sleeve that allows him to beat the other, hands-down every time. This drives the second magician to distraction and literally around the world looking for a way to devise the best illusion. His quest takes him into a dark and bizarre world.

How would you rate the move, The Prestige?

In Her Shoes
Buy Now 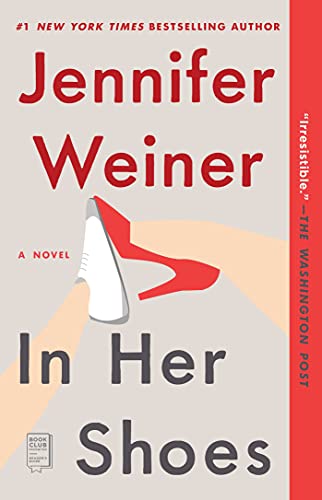 In Her Shoes: A Novel
Buy Now

This movie staring Toni Collette, Cameron Diaz and Shirley McClain is just lovely. It closely examines the relationship between two sisters and the grandmother they never knew after the suicide of the girls’ mother. The two sisters come to realize why they have grown to become so different from each other.

The older sister, Rose, has become isolated and parentified, while the younger sister, Maggie, never grows up. The knowledge of their mother’s mental illness and the guilt that has plagued their grandmother and father helps the young women realize what has gone wrong in each of their lives. Events are logical, and the story moves along at an interesting and engaging pace.

The book, by Jennifer Weiner, is quite good, but again, it is somewhat illogical. Events occurring in the book don’t make sense and are not believable. For example, Maggie, who is illiterate, teaches herself to read by hiding out in a closet on the Princeton campus for months. In the movie, this entire event is changed to have Maggie working in a nursing home while living with her grandmother in an active seniors community. There she befriends a retired professor who teaches her to read. This is a happy and logical change that makes the movie much better than the book.

How would you rate the move, In Her Shoes?

I hope you will remember to rate this HUB (just above the COMMENTS section) and LIKE/TWEET it (just below the title).

There is absolutely no comparison between the book and the movie. The part of Julia Child is beautifully acted by Meryl Streep. The character of Julie is likeably and sympathetically portrayed by Amy Adams. Events are light-hearted, funny, and yet give us insight into the life of the complicated and larger than life, Julia Child. In special features, Julia Child’s relatives seem to be pleased with the movie, and I think Julia Child, herself, would be flattered and pleased.

By sharp contrast, the book is simply unreadable. Julie is a foul-mouthed, unlikable character. Events consist of one drunken, failed attempt to Master the Art Of French Cooking after another. If you enjoy reading about self-centered, apparently mentally ill alcoholics blundering mindlessly through life, you will enjoy this book. Otherwise, skip it. I put it down halfway through, as I just couldn’t tolerate another word. Julia Child found Julie Powell’s blog and project to be disrespectful. All I can say is, if the blog was anything like the book, I can certainly see why. The author seems to have just attached herself to Julia Child’s name for the purpose of making some money, and she has succeeded. Clearly, I do not recommend this book, the only redeeming feature of which (in my opinion) is a fine movie version.

How would you rate the movie, Julie and Julia? 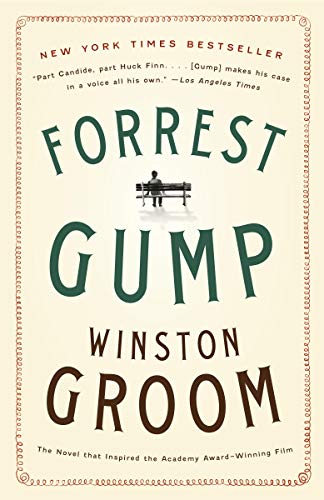 I re-watched this beloved classic for Thanksgiving this year! It is so well-known that I don't think it needs much of a description. As we all know, Forrest Gump , the story of a man of limited intelligence who manages to be party to just about every event that might be meaningful to a baby-boomer, is touching, funny, well-done, and moving - a solid 5 Stars, all the way! This charmer belongs in everyone's private collection.

What you may not know is that the book is rather dull. It has been years since I read it, but it is definitely one of the first examples of the movie being much, much better than the book. Apparently the author did not agree, because in his sequel, his version of Forrest gets a bit testy about the way the character was treated in the movie; however, I am sure that he is the only one who feels that way!

I have only one complaint about Forrest Gump , and I have had it since I first saw the movie in the theater over a decade ago. This is the movie that made me a real Gary Sinise fan. Gary Sinise acted circles around Tom Hanks in this movie, and he should have won the Best Supporting Actor Oscar rather than just being nominated for it.

That's all I have to say about that!

How would you rate Forrest Gump?

For more reviews, you may enjoy...