Filipina Charice Pempengco brought another honor for her people...

The newest toast in worlwide singing stage, Charice Pempengco brought another honor to her country, the Philippines, as she shone even brighter with the very recent development on her young yet prolific career. In an online pool conducted by the website oprah.com owned by TV host/entertainment titan Oprah Winfrey, Charice Pempengco emerged as the top vote getter with a very wide gap over its closest pursuer .

Charice's startling performance in singing the song, "Note to God," was proclaimed the Best Oprah Winfrey Show Musical Performance by the online poll, a bulk of which is consists of Oprah's staunch followers. Charice edged out seven other tough nominees for the top plum: The enigmatic rock band Journey (whose lead singer is another Filipino, Arnel Pineda), The hot and sizzling Black-Eyed Peas (which has a Filipino-American member, apl.de.ap), the agelesss and glamorous Whitney Houston, the charismatic Jennifer Hudson and also-game James Taylor.

The Best of 2009 poll gave questions to the viewers about their favorites in thirteen (13) different categories, from lifestyle to entertainment field. Charice collared an unassailable 70% of the total votes. The Black-Eyed Peas was at the distand second place with 9%.

Busy as a bee, Charice is set to fly to Singapore after Christmas where she is invited as a guest performer in Singapore Idol. Throughout the year Charice was working an albu with the well-knowned in influential figure in the music Industry, David Foster. Foster made Charice as a special guest in a 10-city tour in the USA and Canada.

"There were venues where I didn't expect Americans to be cheering loudly just as my name was being announced," said the elated singing sensation from the Philippines about her singing stint with Foster. The Americans were simply impressed and awed with the powerful and captivating performance of the petite Filipina singer.

The website stated, "Charice had a big year in 2009, recording her first album, performing on tour with David Foster and Friends, appearing on her first film, "Alvin and the Chipmunks: The Squeakquel."

Charice debut US album is set to be launched in February or March, with the carrier single "Pyramid," released for purchase next Month (January 2010). On her very first appearance in film in US soil, Charice appears as herself, which will premiere in the United States of America on December 23, 2009.

After early years of not getting noticed in her homeland no thanks to the great pool of singing talents that surrounds her in the Philippines, Charice some way, some how, slowly find her way on top. With sheer guts, enormous talents (that also help her land in first place in a televised talent search in the Philippines), and great lift from entertainment mogul Oprah Winfrey, she is now carving out a niche in the lucrative yet very elusive singing niche in the United States. Captivating the foreigners with her heatwarming and energetic renditions of popular songs, she is set to capture the hearts of her spectators regardless of age, sex or race around the globe in the months or perhaps in the years to come.

My eight Christmas Hub in the  HubChallenge craze...!!!

The Awesome Choir Groups in the Philippines

The Groundbreaking Pilipinas Got Talent Season 2

THE WORK VALUES OF FILIPINO WORKERS 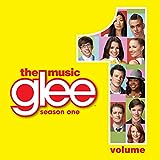 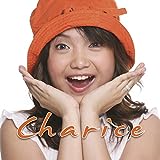