Charice Pempengco truly made her country, the Philippines, very proud as she mesmerized global fans with her powerful yet very enchanting voice. She is now the worldwide toast when it comes to entertainment, especially in the music industry. Unknown to many people there is a young kid in Hawaii with Filipino heritage that is making a name for himself at such young age, and his name is Anjelo Lil Demon Baligad.

Baligad is dynamo on the dance floor. His energy and creativity is enormous and his dancing performance is nothing short of captivating. Remember this name though, since he can be as popular as Charice in the coming years. 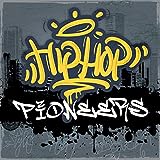 The 8 year old Baligad, created too much rave in Hawaii already and he is poised to bowl over fans all over the world with his crisp, entertaining, superb and backbreaking hip hop and break dancing antics. At the age of six Baligad appeared on Ellen Degeneres Show, and truly mesmerized millions of people from all walks of life. Baligad is now a potent force in showdowns and exhibitions as he made mincemeat of older people already on the dance floor. He already humbled and plastered numerous grownups and his lists of achievements piles up.

A proof of his growing popularity in the dancing scene is his appearance in the movie “Step Up,” where he showcased his endowed talent with too much class and grace.

He is capable of making flips, flares, head spin and other difficult tricks in the dance floor. And what is so remarkable with this kid is, he is capable of making combination of difficult dance steps and tricks in a single spurt, one after other, as if he is not making any effort at all. His dance routine can be dangerous as far his age is concerned, but the “Lil demon,” is comfortable doing them and seems to enjoy doing those dancing stuffs with ardor and too much fervor.

Now it is your turn to get enthralled, the same way I was awestruck watching his video posted on Facebook. Watch out for the videos embedded on this write-up and for sure you will be treated to an awesome spectacle.

My seventh hub in the HubChallenge...

The Awesome Choir Groups in the Philippines

The Groundbreaking Pilipinas Got Talent Season 2

THE WORK VALUES OF FILIPINO WORKERS

This video was viewed more than 400,000 times already. Video from YouTube.

Anjelo appearing on Ellen Degeneres show at the age of six, truly spectacular. Video from YouTube.