Just another bump in the road. Last week I had a PET scan done – this is a full-body scan that basically looks for cancer in the body, or other problems. It came back indicating something diffuse was going on with my thyroid. Great, something else to worry about – of course, after everything I’ve been through my first thoughts now are always “Cancer!” My oncologist said it’s not, let’s do a thyroid function test (simple blood test) and see what happens.

Well, today I answered the phone to a “High, it’s Dr. Perez….” I knew that meant the test results were abnormal or she would not be calling me. The thyroid function test looks at three thyroid hormones: T3, T4 and TSH. Well my T3 and T4 are within normal limits, but the TSH is way high (no, she didn’t use the word “way”) – normal range is 0.40 – 4.50 and I am at 16.99 – almost 4 times the high end of normal! That means I have Hypothyroidism. Just what I need, another ailment. If you’re reading this and haven’t read my other articles, Breast Cancer Treatment - What The Doctors Don’t Tell You, and What Else The Doctors Don’t Tell You, click on the articles (in this sentence) to take you there.

Yesterday, my Oncologist told me that she spoke with my Radiation Oncologist about what had happened to me after radiation treatment – short story: terrible rash that I was told was Shingles, landed in the hospital for a week with a Staph infection, had rash with unbelievable itching and misery for 9 weeks until my Oncologist’s husband, an Infectious Disease doctor, said “I don’t think it’s Shingles at all. I think it’s some sort of allergic reaction to the radiation.” He was right, I went to a dermatologist, had biopsy done, got on new medicine and steroid cream and it started to go away after a day and a half. 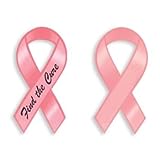 Okay, back to the conversation with the radiation Oncologist – the ultimate “theory” is that I did have shingles, then something called Radiation Recall (usually brought on by chemo drugs after radiation – but I had chemo before radiation!) which led to the radiation dermatitis, infection, etc. Basically, they are just trying to figure out how so many doctors missed the mark on my diagnosis, which led to so much misery for me!

Back to the phone call…Well, she said that I will need to go see an endocrinologist and she faxed me the lab results. She recommended a couple of doctors to me but they did not have any openings for a month, so I just chose someone else out of my insurance provider list and made an appointment for next week. I’m not waiting to find out what’s wrong and what can be done about it any longer than I have to. She said that hypothyroidism could be transient, but it could also be a lifelong problem, and is most often associated with fatigue and weight gain – GREAT!

The first complaint I had (as told in my first article on my journey) was that no one ever mentioned that I would actually GAIN weight during chemo – I assumed I would lose weight and, quite frankly, figured if I had to go through this terrible thing, I may as well lose a few pounds! I could not have been more wrong and here I am, 30 pounds heavier. I have always had self-esteem issues, even when I had a great, fit body some 6, 7 years ago – this doesn’t sit well with me. Today I’m being told that I have something else wrong with me – because apparently breast cancer and all that’s associated wasn’t enough on my plate – and it is something that could cause me to gain weight. PLUS, I had an Oopherectomy 5 days ago – my ovaries and fallopian tubes were removed (to decrease my risk of getting ovarian cancer by about 95%) so that has sent me straight into menopause, which has its very own set of side effects, including weight gain. Someone up there thinks that I was skinny long enough, I guess!

I imagine that some people reading this may think there’s something wrong with me for focusing on weight gain so much when what I’ve been through is so rough that I should be happy that I am alive and cancer-free and all else shouldn’t matter. Well, yes, I cannot put into words how glad I am that cancer didn’t take my life and that I will, hopefully, be around to watch my beautiful girls grow and start their own families – but I cannot accept being fat after having been skinny for the first 36 years of my life!

Yet another thing I wish I had been told...

Oh, did I mention that my Oncologist also told me today that radiation has been known to cause thyroid problems? Yet another thing that the doctors don’t tell you before treatment! I’m trying really hard not to dwell on it, but I was given the choice of whether or not to get radiation therapy because my case was very borderline and the doctors were torn. I chose to do it even though I didn’t want to because I could not think of a good enough reason not to do it. I should have gone with my gut! Everything that’s happened to me since completing radiation therapy is my reason to say no to the choice of radiation or no radiation – too bad I didn’t know this before I made my decision. I have a lot of anger and regret going on in me right now. I know I need to get passed it and just look forward and take care of business as I’ve been for the past 14 months since diagnosis. I will. I don’t see there being any other choice. I just will.