Either You or Me -- Short Fiction

Juan Garcia just made it on to the Bus that would take him to Border with Texas through Ciudad Juarez. A 495.8miles ride as found on his Map-quest search. He was an ex member of the Mexican Federal Police who got in trouble with the Vicente Carrillo Fuentes Organization (Juarez Cartel). Things got out of hand and he knew it. His family was threaten a week ago and his life was in real danger. His plan was set to scape through Texas and not Tijuana as any one in his right mind would've thought. His blue commando training instinct made him hire a friend who would dress just like him to distract his enemies. This friend would take the other bus, that would go to Tijuana City bordering with San Diego. How smart! "Either you or me!"

A team of 3 FBI HRT McDonnell Douglas 530 "Little birds" Leave the Base at 2 a.m. heading to Texas. This team was created in 1982 as need from the FBI. Delta Force and SWAT gave initial advice and training. They were also trained by members of the Team 6 and spent some summer at Fort Bragg Fayetteville N.C. before their final certification in 1983. The team became capable of handling extraordinary hostage situations, large-scale counter-terrorist operations, situations involving nuclear or biological agents.

Rob McPherson, a Border Patrol Agent has been trading shifts with his friend Larry Strauss, because his wife just gave birth to his daughter Chris. He was in search of a godfather for her daughter, since he was raised Catholic.

Is just another scorching morning for the patrolling crew. Most of the immigration SUV's are driving through hills on the desert and creeks along the river . Flashlights and dogs are always handy. Suddenly someone in the globe compartment finds a Bruce Springsteen CD: "Insert>> play"

Juan has made it to his freedom, that's what he thought. 'Coyotes' gave him directions and a black plastic bag filled with Styrofoam packing to keep afloat. It took him four minutes, the longest of his life!! to get him to the other side. He knew that on the 4th of July the crossing was going to be easier. There were not as many Border patrol units as usual. Agents on duty went back to Houston, San Antonio and Mcallen. Most haven't taken a break since new year and they were due that break by seniority . There were hundred of miles along the river with no surveillance. 600-700 miles were enough for a thousand agents. 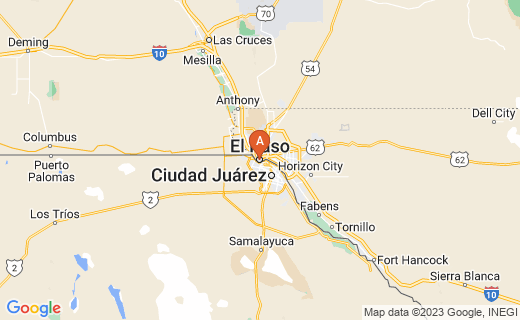 Juan is exhausted and soaked. He is spotted by the Border patrol unit and a manhunt ensues by the Rio Grande.

Rob McPherson caught up with Juan who was knock down immediately. Having been a Football player helped Rob in the final tackling.

" Amigo, you are heading back home like the others!"

Juan resisted his captor and grabbed Rob's firearm from his leather holster. "You are not sending me back...!" A fire was heard...!!

Rob was missed by an 1/8" and immediately got Jaun handcuffed. A Franciscan shadowy Ghost did the miracle by blinding Juan for a fraction of a second. "It was you or him."

The three McDonnell Douglas 530 "Little birds" appeared on scene. There was no time to ask questions; they picked up Juan in a second. Was this a planned action? Why they wanted Juan? Rob didn't ask more questions after he was told by his Homeland Security Superiors to let him go. "Juan was taken into the Chopper, where FBI Agent Rodriguez briefed him within the minute:

"Your last e-mail was in my trash bin amigo... You should've waited by the border as we told you! And by the way, you almost killed your own blood. Agent McPherson was adopted 35 years ago, when the McPhersons went back to Mexico as suggested by Padre Reynaldo from St. Thomas Aquinas, a Catholic Church here at El Paso," said Rodriguez while checking documents from a folder. He asks the pilot to be careful with the storm forming ahead over the State of Georgia.

"I just want my freedom in exchange of Information," said Juan with certain uneasiness rubbing his wrists that were bruised.

President Obama is hosting a naturalization ceremony for more than two dozen active duty service members. Rodriguez and FBI comrade T. Collins, have to wait for the President to finish his formal speech:

"This is one of my favorite things to do. It brings me great joy and inspiration because it reminds us that we are a country that is bound together not simply by ethnicity or bloodlines, but by fidelity to a set of ideas," finishes Mr. Obama with a wide smile.

The President heads to Virginia, to talk personally with this 'Juan Garcia.' There is tension and Garcia starts talking at once, having Rodriguez as translator; is almost 3 p.m..

"Mr President, There is so much I want to say. I admire your sympathy and concern, and huh, I'm willing to help you with sensitive information, " starts saying Juan while he drinks water.

"I have been told by Federal agents that you amigo want to help the People of the United States of America. Am I wrong?"

"Yes, Señor! Wish I was adopted like a brother of mine.... but I think, maybe I'm on time"

"Will have to check with my advisers, Secretary of Homeland Security, Janet Napolitano. Your name is Juan Garcia I've been told..."

"Well, well... you have made it to America on a Fourth of July and, we will see what we can do for you, young man! (shake hands) Gee! Michelle just texted me! Morris, proceed with the Intelligence..!"

Next... Who helped Juan Garcia to evade the Cartel Jefes?

Should Juan be granted a Visa?

Should this story continue?

The Counter-Terrorism Puzzle: A Guide for Decision Makers
Buy Now