From Russia With Love, A Gift From Above - a Love Poem

From Russia with Love

This is the true story of a nine year old Russian orphan who was adopted by an Amercan couple to clean and to take care of their young children. When she doesn't obey, she is punished and put up for re-adoption, but they keep her older sister because she is a good worker.

Separated from her sister and in a new home, she vows never to trust anyone until a Lhasa apso, named Vinnie the Pooh, befriends her and gradually unlocks her heart.

From Russia with Love

She miraculously came on the scene.

And her eyes are a pale shade of green.

She has stolen our hearts, pure joy she imparts,

There was never a doubt in our minds.

So softly she sings as she gathers her things,

For the journey which finally binds.

She has seen far too much, cruel treatment and such,

Abandoned when only a child.

As an orphan she lived, with no love to give,

Then out of the blue, they appeared just the two,

They took her away to their home by the bay,

To a land that she never knew.

But their motive was hidden, free will was forbidden,

They sought only someone to serve.

To weed and to clean, to keep things pristine,

Their beautiful house to preserve.

But as hard as they tried, the small girl defied,

Her spirit could never be broken.

So they decided one day to give her away,

Not ever a kind word was spoken.

Then far, far away, a couple one day,

Got a message, somehow it was transferred.

A young girl, they say, is being given away,

Their prayers had finally been answered.

A visit ensued, this must be persued,

It was love from the moment we met.

We took her away, from her home by the bay,

She arrived at the plane, its sad to explain,

All she owned in a cardboard container.

It’s sadder to say, they took her Barbie away

To punish her for her behavior.

Her life had been shaken, her trust had been taken,

She vowed never to let herself love.

But a dog who was true, named "Vinnie the Pooh",

Found a way with some help from above.

He lay by her side, whenever she cried,

He asked not a thing in return.

Her resistance was broken, though no word was spoken,

To love again she would learn.

As time went by, with Vinnie nearby,

Her travels a thing of the past.

She knew she would stay, not be sent away,

She learned how to trust at last.

She miraculously came on the scene.

She has found love at last, in spite of her past,

In a manner which could not be foreseen.

On a journey which seems to end never,

If you only believe, though you cannot conceive,

There is someone who’ll love you forever.

To learn more about her faithful dog, Vinnie and the sister that she had to leave behind, visit

The Legend of Vinnie the Pooh and

A Tale of Two Sisters 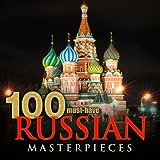