The Ballad of Frankie Blue Eyes - A Love Poem

What are Brussels Griffons?

What is Canine Cushings Disease

The Ballad of Frankie Blue Eyes - A Love Poem

She saw him in "As Good As It Gets". His coming was a surprise.

He came along when she needed him most. She called him "Frankie Blue Eyes".

When you take a picture of most dogs, their eyes are always red.

Not the case for this unusual breed, they showed up blue instead,

She had always longed to have a child, someone to call her own.

But her body wouldn’t cooperate. She could end up all alone.

They planned to adopt a child or two, they went to the agency.

But no one would give them the time of day. They were too old you see.

They even tried the internet. The stories they heard were tragic.

It always ended up the same. The mothers changed their minds like magic.

At last she had to give up hope. There wasn’t even a maybe.

Then along came "Frankie Blue Eyes". He would be her baby.

The breeder took three visits before she let him stay.

But finally she got him. It was a glorious day.

He sniffed his new surroundings. His curiosity wouldn’t keep.

At last he curled up by her side and soon he fell asleep.

Through the years they stayed together, always very close.

And then one day he almost died from a simple vaccine dose.

Before we reached the specialist, his blood count dropped so low,

That his little heart stopped beating. Was it time for him to go?

But a caring doctor saved him. She brought him back from the dead.

Instead of a lifeless body, his tail was wagging instead.

Still they had to treat his illness. Less than fifty percent survive.

They gave him blood transfusions to help him stay alive.

The medications put on weight, greatly enlarged his spleen.

She kept him by her day and night, in case of the unforeseen.

At first they checked him every day, to see his blood count decay.

Eventually, it slowly rose, at last he was here to stay.

But the medication took its toll. There was gravel in his bladder.

They had to cut and take it out. It really made us madder.

To think that all of this began with a simple routine shot.

They never tell you it’s dangerous. They let you believe it is not.

A second surgery ensued, his medicines were rearranged.

Each quarter he must be rechecked to see if things have changed.

His medical bills are enormous, They still continue to rise.

But he is worth every penny. Frankie with the deep blue eyes.

Still the story isn’t over, he developed Cushing’s disease.

He no longer jumped up on the couch. There was weakness in his knees.

He ate and drank continuously. He couldn’t climb the stair.

Would this be his final fate? We could not help but despair.

We took him to the specialist. His illness was no rumor.

He put him on strong medicine to shrink his growing tumor.

But the medicine worked all too well; his pituitary shrank.

His appetite also went away and he rarely ever drank.

Now we supplement his cortisol with tiny little pills.

Every medicine that is added now, contributes to our bills.

But he is worth every dollar; we never give it a thought.

The idea of life without him, makes us feel distraught.

Adversity makes you stronger, but together you can survive.

With the grace of God and a lot of love he continues to stay alive.

You will always find them together, They are never far apart.

Linda and "Frankie Blue Eyes";forever joined at the heart.

Links to other love poems by rjsadowski 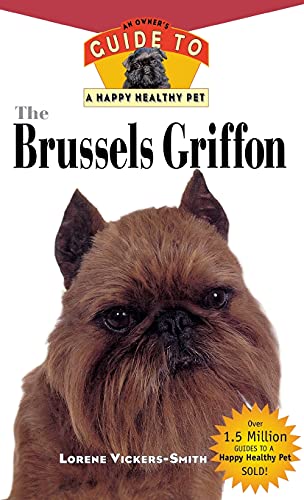