Funny Stories And Comedy: A Funny Story About A Restroom

Funny Story About a Bathroom

When I was a child, it's hard to believe but I was much like I am today....enthusiastic, energetic, always looking for new things to learn, and most importantly, easily distracted because I was always thinking of 5 things at the same time.

When I'm done with this......I'm going to do that. So is it any surprise that I would have a funny childhood story about a bathroom?

Highly unlikely and very probable. Come with me and I'll tell you how it all happened on a bright Saturday afternoon in San Diego.

HOW THE FUNNY STORY ABOUT A RESTROOM HAPPENED

I've mentioned in stories previously about going with my mom while she went on her music teaching gigs. Mostly on Saturdays, she would take me with her to give my grandmother a respite. Sometimes, very occasionally she took both my sister and I, but mainly it was just me.

It was a nice break for me, too. I could read my books and think my thoughts and I got some peace and quiet too. It was a respite for me from being in trouble every minute....not a bad deal.

My mother as I've mentioned before had rules about going to the bathroom. You were not allowed under ANY circumstances to ask to use the restroom at a music student's home. It was just not kosher. I'm not sure why but I was instructed that I needed to go before the lesson and then I could darned well 'hold it' until after the lessons that were planned. No asking to use the facilities. Okay....I got it!

My mother also had another funny thing about restrooms. There was no appropriate restroom that we could stop at except a Standard gas station. I'm not sure what that was about and I really did not and do not want to know to this day. All I know is that by the time we breezed into an 'appropriate' service station, I was usually tap dancing and I was not a dancer.

On one particular Saturday, she had had a new student so we were in unfamiliar territory so to speak when it came to Standard gas stations. She finished the lesson, we were underway at last, and she finally pulled into a station. I sprang out of the car like a jack-in-the-box. I ran to the door and popped inside, ducked into the stall and did my thing.

When I came out, though, I found myself in awe! Wow....maybe because this was a different kind of Standard station, as in really special!!

Look what they had! They had all these little sinks and they came up from the floor. Really though, they were kinda long sinks but how clever! I was probably 7 or 8 at the time but I was just flabbergasted.

And look what else? There were several of them!! Of course I put my hands under the top part to see where the fawcet heads were but I couldn't find any place for the water to come out. There wasn't a handle to turn it on, either....and I was feeling all along the top for one! And I was putting my head under and looking up as in 'where is it hiding?'

I crouched down and tried to figure out where the water could be coming from. Could it shoot up from the floor? That would be kinda stupid though wouldn't it because people who were little like me would get all wet! I just was amazed though that they would make such kid-sized sinks. Even the littlest person wouldn't have to reach up!

After what seemed like forever searching, all I could find was some handle thing on the right hand side of the sink. Hmmmm....I wondered what that was for. So I touched it, pushed it, pulled it and finally pulled it down....and it flushed! Imagine that!

It did spray out some water but I couldn't figure out where the soap was to wash my hands. Again, I looked up underneath, all along the sides, and down on the bottom. I looked down again at the bottom and was thinking that didn't look like any sink I'd ever seen before. The more I thought about it, what would you have to do? Lay on the floor to wash your hands? This just totally didn't make any sense at all.

I finally spied a sink over on another wall and relieved, just went there and finally was able to wash my hands, dry them and then with a shrug as if it were just too deep a mystery, went out the bathroom door.

I found my mother sprawled on the hood of her car grabbing her sides and laughing hysterically. She manages to squeeze out "Oh this is priceless....Didn't you realize that you went into the men's room?

I could hear you in there fussing and trotting around in your saddle shoes....." more hysterical laughter......"and flushing and turning things on.......but you didn't have a clue that you weren't in the ladies' room?"

Oh gee....thanks so much, Mom for coming to my rescue. I guess that might explain it!!

Whew.....narrow escape there (I think that was why she was laying on the car to be honest.... guarding me from some guy coming in to discover the special ed kid investigating the men's room, peering up underneath to find out how you got the water to come out of the 'special' sinks).

We were underway again en route to the next student's house and I suddenly piped up with the burning question....."So mother, what were all those little sinks on the floor for?"

Hmmmm....she didn't say anything and I distinctly remember her kind of gagging and choking on laughter. "I'm not sure but maybe you'll figure it out one of these days". Hmmmmm....not the answer I was looking for.

Epilogue to the Funny Story About a Bathroom

Well, I did eventually learn that those 'little sinks' were urinals. It was probably some time in my 20's....not really! I was more upset when I figured it out though that I'd been in there peering around and touching them! Ugggh....

Fast forward though to a year ago. I'm not the little special ed kid that I was back then but unfortunately I am still the same fireball that I've always been. Always have something on my mind and going 100 miles an hour.

Bob and I were in Bend on our weekly shopping expedition which involves store hopping followed by a much needed quick lunch or early dinner by the time we're done. As usual though, I was thinking ahead to what needed to be done afterward when I got home. It wasn't like I could excuse what happened either by the fact that I was in an unfamiliar restaurant. This was a lovely rather high-end steak restaurant where we usually went to catch their happy hour menus or a late lunch and we'd been there loads of times. Too bad!

As usual, I exited the car and ate up the sidewalk with my gait. For a person who isn't very tall, I manage to move pretty fast and usually always accidentally leave Bob behind. I usually circle back and pick him up but my mind was elsewhere. I burst through the restaurant doors on a mission - to go wash my hands and get a table for us and was just not really thinking evidently.

I waved to the hostess and strode down the hallway I'd been in dozens of times before, went straight ahead and pushed through the door with a powerful stride.....only to see a young man against the opposite wall who was very surprised to see me!

In the name of all that's holy, what had I DONE? Well, pretty much obvious here Einstein - you've entered the Twilight Zone - better known as the men's room at Gregg's Grill!! Thumbs up girl!! The poor fellow was very kind....he laughed and waved (with his other hand I'm assuming) and all that kept me from knowing him on a more intimate level was a wall thank heavens that was between his private parts and my line of vision!

I shrieked like I'd seen a mouse (no offense guy) and began to hyperventilate, backing out of the bathroom as quickly as I'd come in. By this time, good old Bob had caught up with me and was behind me, laughing so hysterically that I'm not sure how he managed to get to the bathroom door! I flew out of the men's room like I was shot out of a cannon and ducked into the ladies' room where I was still shrieking.

I could hear through the walls though clearly enough - much laughter - and my white knight Bob telling the fellow "Gosh, I'm so sorry - my wife will do ANYTHING for a little excitement"....more laughter.

Seriously, I thought about staying in the bathroom and just waiting for Bob to finish eating. When I'd let about 15 minutes go by and no one had come to get me, I decided to venture out. I kept my head down and refused to look at anyone in the restaurant. Several people were snickering along with our waitress so I'm pretty sure SOMEONE told them what had happened. At least I didn't recognize the young fellow from the bathroom!

And we all know that if Bob had been a little bit faster, it never would have happened, right? I know...total long shot but one of the perks of being married is blaming your spouse for things that make absolutely no sense occasionally.

When we go anywhere together now, Bob very patiently takes me by the hand and leads me to the door and explains as if he's talking to his special ed daughter...."Now Audrey, this is the women's bathroom, just so you don't get mixed up....and this is the men's."

It probably isn't that bad an idea to tell you the truth! 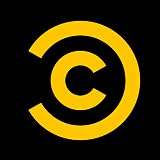 Restroom Signs - It IS a Problem!