How Can You Tell If You Have Bought A Fake Coach?

So you think you have a fake Coach?

There are two kinds of fake Coaches in this world, a purse you procure from a not-too-reputable dealer or a sarcastic trainer-of-athletes.

Lets say your boyfriend just gave you a Coach purse. If you have been dating a guy and he tells you he owns a Beamer, then shows up for your first month anniversary date and you finally see he's driving a 1981 BMW with rusty doors and an engine that sounds like a horse with pneumonia, you probably own a fake Coach.

Conversely, let's say you're the fattest kid on the track team. No matter how hard you try, you just can't seem to get first place. Truth is, you can't even get close to first, you're pretty much always last at every event, except the chili dog eating fundraiser contest. Well, if you are this pleasantly plump fellow, and every time you see your Coach he says, "Hey way to go Ace! You are the best! You are the glue that holds this team together!" You probably have a fake Coach.

Similarly, if you are a fit person, and if you have a Personal Trainer that is morbidly obese and he keeps telling you, "Theodore, you need to take my advice. Cut down on the carbs. Get a little more exercise. Park a little further away in the parking lot when you go to the grocery store." Well my friend Theodore, you too probably have a fake Coach.

Now let us go back to the ladies and transvestites for a moment. Let's say you are walking along a dark alley late at night. A shadowy figure comes rushing out at you and brandishes his overcoat. You can't help to look because inside his overcoat he has a huge collection of purses. He says, "Lady, you have got the biggest Adam's apple I ever seen! Anyway, how would you like to buy a Coach purse?"

Well of course you are leery, but he informs you they're only ten bucks! They are that same mundane beige color that most purses have. So you give him the ten bucks. You get back to your car, you take a little whiff of the purse and it smells like Goat cheese. You see that inside the "Coach" purse there is a little tag that reads, "Made In Greece". You just bought yourself a fake Coach purse there sister, or um Mister. 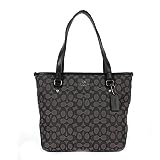 There are two kinds of fake Coaches in this world, the purse kind and the athletic variety.

Athletic Coaches can also be fake, although I think this one is sincere...or is he? Hmmm.

If you enjoy Ben Zoltak's sense of humor, check out his first eBook!

Your Life As A Painting
Buy Now

One final example of a fake Coach. Let's say you just joined the swim team. You notice every time you have a swim meet your Mom hardly ever cheers you on! She's always talking to your swim Coach! You of course tell yourself, there can't be anything going on, they're both married! Then one day, you go home for lunch and you see your Coach's car in the driveway! You are incredulous! Just as you go to reach for the front door out comes your Coach, he's adjusting his green polyester gym shorts, looks up at you, "Oh hi there Reggie, I was just going over your Mom's fundraiser."

You raise your eyebrows, and he beelines it to his car and peels out of the driveway. You guessed it, you've got a fake Coach.

Well, I hope this article has helped you and your dilemma. Whether you have a cheap knock off brand bag that you are lugging around and it's turning your wrists green. Or whether you are constantly being made fun of by whatever cynical trainer you have to deal with in your life, I hope these words help guide you to the reality that you are dealing with a fake Coach.

Please contact me, if you would like to pay a million dollars for one of my oil paintings.