The story line is about patients who check into Boston Memorial Hospital for routine operations and not checking out. Instead they are hanging in a room, in a coma like state. Never to wake up again.

Coma takes place in the mid 1970's. Dr. Susan Wheeler, a third year medical student, wants to find out what has happen to over twelve patients, who have slipped into irreparable comas after standard surgery in the abominable OR #8. But when she comes close to the answer, she finds herself marked for death.

Robin Cook is one of my favorite authors. He is a physician turned author. He combines his medical knowledge in his thrillers. What I enjoy with Cook's writing is that he does his research on medical issues. Every fictional thriller has some base of truth it. It makes a person say, "What if this actually did happen"

Coma is one of those books. What would happen to you, if you thought you were going in for a simple surgical route from OR #8.

Coma was Robin Cook's first book that a Hollywood movie was made from, by director Michael Crichton in 1978. The main actors who stared in this thriller were Genevieve Bujold as Dr. Susan Wheeler and Michael Douglas as Dr. Mark Bellows.

A terrifying thriller that will leave you in a state of fear...thinking this could really happen. 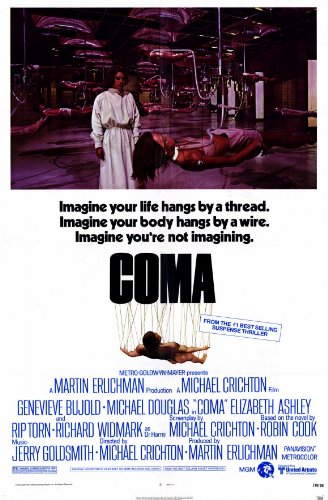 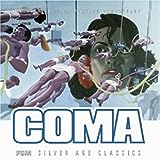 Coma From Book to Movie

I first discovered Robin Cook when I read his book "Coma." It was one of those books that you couldn’t put down. What intrigues me with Cook is that he is a medical doctor before becoming a famous author. All his books have some medical base. When you read his books, it makes you think, “Something like this could really happen.”

Coma was his first book that became a movie. I loved the book and in my opinion, the movie was first rate.

Favorite Story Line from the Movie

Someone is putting people into comas! They are murdering them!

Robin Cook was born on May 4, 1940, in New York, New York. He is a graduate of Wesleyan University, the Columbia University Medical School and finished his postgraduate medical training at Harvard. He is currently on leave from the Massachusetts Eye and Ear Infirmary. He divides his time between homes in Boston and Florida where he lives with his wife, Jean, and their son.

It’s to Cook’s benefit that he grew up with medical research as a first career choice. Besides creating fairly airtight plots, it has given him an array of credentials. At one time he worked for the Cousteau Society in its blood-gas studies off Cap d’Ail, France. He converted that into a research diving job with the Navy Seals after the United States drafted him.

Cook says he chose to write thrillers because the form gives him "an opportunity to get the public interested in things about medicine they didn't seem to know about. I believe my books are actually teaching people."

He has written 35 books, which about 1/3rd have been made into movies.