The tulip originated in Persia and Turkey over ten decades ago. They were named turban from the headdress that the Persians wore. When the flower became fully opened it was thought to resemble a turban. Europeans brought back these flowers to the Netherlands in the 16th century. They mistakenly gave their name as tulips. Tulips are the foremost national symbol of Holland and are now widespread throughout the world.

It is estimated that 150 varieties of tulips grow in the wild. Tulips and are among the most popular of all garden flowers. This may be in part because of the wide range of colors available, with the exception of true blue. Almost 4,000 horticultural varieties have been developed.

Bouquet of Tulips on a Mug

How to Choose the Right Tulip Plant

Tulips do their best in climates with long cool springs and early summers. These flowers are often seen as one of the first to blossom, during the first part of spring. The bulbs are typically planted in late summer and fall, normally from 4 to 8 inches deep, depending of the type planted, in well draining soils. In areas where they have long cool springs and early summers, the bulbs are often planted up to 12 inches deep. Bulbs should be planted around 3 inches apart.

When planting, choose bulbs that are firm and free of defects. Consider the climate which you live in. If the winters are generally mild, it is good to chill tulips for six to eight weeks before planting. Plant in September or early October in USDA Zones 4 and 5; October to early November in zones 6 and 7; November to early December in zones 8 and 9; and late December to early January in zone 10. USDA Plant Hardiness Zone Map will show which zone you live in.

Thinking of the perfect flower to give for your 11th wedding anniversary?

That would be the tulip. After all it is the 11th anniversary flower. It is said that the tulip's velvety black center represents a lover's heart, darkened by the heat of passion. 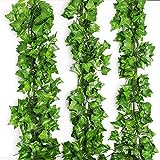 Festivals and the Meaning of Tulips

Photo of a tulip farm in Oregon during the Tulip Festival of Woodburn, Oregon in 2007.

Tulip Festivals are held in several North American cities, most often ones with Dutch heritage, including Albany, New York; Ottawa, Ontario; Holland, Michigan; Orange City, Iowa; Pella, Iowa; Mount Vernon, Washington; and Woodburn, Oregon. These festivals are popular tourist attractions and are being held in honor of the Dutch-American immigrants who brought the tulips to the Americas.

The world's largest tulip festival (so the claim goes) is a major event held annually each May in Ottawa, Ontario, Canada.

An annual Tulip Parade that takes place on the first Saturday in May in Spalding, England.

Read more about these festivals on Tulip Festival

The name tulip means perfect love and fame. The different colors have their own significant definition.

Keukenhof, Holland is the site for the world's second largest flower garden. KeukenhofPark, in Holland has about 7 million flower bulbs. These are planted annually in this 70 acre flower park.

Tulips on cards, stamps and gifts

The gift shown above are some of the many tulip gifts on shirts, neckties, keychains, iPhone cases, canvas prints, cards and more to mentioned here.

Some of these photos are from my trip to the Green Bay Botanical Garden, around my home, tulip bouquet that my daughter had and public domain.