Taking The Bus (vs) Compared To Driving A car - Its Effects On Pollution, Global Warming & Our Health

What mistakes do you make by paying high gas prices? On top of the bigger hole on your pocket, this article will discuss its harmful effects on climate change, global warming, mental stress, and physical fitness. This means your overall health needs your urgent attention right now.

In February 2012, gas prices are soaring though the roof, again! I explored the possibility of using other means of transportation. The common option is to take the bus. My next question is, "Do I keep driving my car despite the pain in the pump?"

Bus is a public transport that is either managed by a private company or by a government entity. The bus fare ranges from $0.25-$3.00. I picked the average amount at $1.50 more or less plus change. Gas in this article means the gasoline that is used by an average car. The term gas will represent the car used in the ordinary commute from point A to point B.

In the process of my research, I discovered several facts that affects our daily lives. I will present to you my study on the four costly mistakes we do by comparing the bus versus gas.

The 4 costly mistakes are:

4) Car Accident and its Aftermath

Each one of us have different economic and health perception regarding the way we commute daily. We travel to work, appointments, school, mall, grocery, etc. Considering the high gas prices and the 4 costly mistakes that is right in front of you, which one suits you better this time, commuting by bus or driving your car?

Carbon dioxide (CO2) is a toxic chemical to humans. Excessive emission of CO2 has a huge impact both in our health and in our environment.

At the beginning of the 21st century, the world population of cars and light trucks totaled about 550 million, with annual output of approximately 50 million (Volti, R., 2004). That is a lot of cars that causes pollution to planet earth. If we do the math, millions of CO2 grams per mile traveled is released to the atmosphere every year.

Volti also revealed that many gross pollutants are old cars that are lacking in emissions-control equipment or are newer cars that are poorly maintained. A large vehicle population, even when equipped with the most up-to-date emissions control, is a major source of air pollution. It would contribute significantly to CO2 emissions, widely considered to be a prime cause of global warming. Please remember to consider the environment when you drive your cars. Your vehicles should also have a periodic maintenance check for its carbon dioxide emission. The United States enacted a federal law called the 1990 Clean Air Act. The law states that proper maintenance of a car's engine and pollution control equipment is critical to reduce excessive air pollution (http://www.epa.gov/air/peg/carstrucks.html).

Why will you care if there is so much CO2 in the air? On top of the global warming, facts on the health effects of continuous exposure to CO2 varies from experiencing headaches, dizziness, restlessness, a tingling or needles feeling, difficulty breathing, sweating, tiredness, increased heart rate, elevated blood pressure, coma, asphyxia to convulsions (Wisconsin Department of Health Services, 2011). As an added reminder to the reader, the normal or upper safety limit for CO2 in the air is 350 parts per million (ppm) only.

As of February 2012, the CO2 in the atmosphere is now at 393.65 ppm. The figure is higher compared to last year, and the years before that. This is already beyond the normal upper safety limit for outdoor air level. Again, the safety limit is at 350 ppm only for outdoor air level. The CO2 has been increasing at an accelerating rate since 1959 (National Oceanic and Atmospheric Administration, 2012).

The global warming causes our climate to change. In fact, all of us have already witnessed the harsh effects of climate change. We are getting toasted and global warming will now continue to affect our lives and the whole planet earth for many years to come.

Mental stress is allowing yourself to abuse your mind and emotion. Too much mental stress affects your overall health and well-being. Medical studies show that chronic stress increases your risk of heart attack and stroke. It also results in forgetfulness and depression. Driving your car most of the time is a stress trigger.

There are many ways where you can relieve your mental stress. When you are relaxed your blood pressure lowers, your mood improves and most important of all, you process and digest the events in your life. By not sitting behind the wheel, it allows you relief from the stress of driving. So if you take the bus, what activities can you do and its benefits to you? There are seven answers to that:

The Seven Activities you can do and its benefits while riding the bus:

After arriving at your bus stop and you start to make your way back home, a lot of good things have already happened to yourself. On top of relieving mental stress, you had an opportunity to focus on a specific event of your day. In a relaxed position, you have analyzed a situation deeper and help you arrive at a more sound solution. Between your commuting time from destination A to destination B, your mood and mental health have possibly improved and you probably formulated a better answer to your problems. 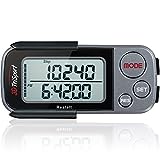 The benefit of physical exercise is significant by walking from your car to the bus stop, or from the bus stop to your office or destination. When you drive you car from destination A to destination B, it is usually lesser in walking distance compared to commuting because the tendency is to park near the vicinity of your destination.

According to Dr. David Agus, a noted USC oncologist and a prominent cancer researcher, it is better to walk a lot than to do an intense burst of exercise and then sit behind a desk all day. The rhythmic part of walking helps your lymphatics function, part of the system that controls your immune system (Dumaine, B. 2012).

To monitor how many steps you take while walking, you can use a pedometer to count it. Walking the one mile distance is equivalent to around 2,000 steps. Jones, H.K. (2010) asserts that an inactive individual takes at a average 1,000-3,000 steps per day. By taking additional 5,000 steps, you could burn 200 extra calories daily. You have many opportunities to walk around everyday. Walk to you office, walk during lunch, walk to your bus stop. Go walk with your friend, spouse, child or dog. To shed off extra calories using walking as a low-impact exercise, it is advisable to walk as much as you can!

People who exercise will be in good shape. Walking is one of the easiest physical activity you can do. It can also be enjoyable if done with an exercise partner as well. Invite a friend to "talk and walk". Remember that each step will soon add up to give you a wonderful result!

Benefits of Walking as a Physical Activity:

Now that all is said and done, it is time for you to take action. You need to look for your motivational factor to increase physical activity. You have a choice to stay healthy and be happy.

" When you improve your mental health and physical strength, It is mainly you yourself who will benefit from it."- the girls

3) Car Accidents and the Aftermath:

According to the National Highway Traffic Safety Administration, drowsiness and fatigue caused 1,200 fatal crashes in 2009. You can't drive safely when you are stressed, your mind is preoccupied or you are overly tired. As much as possible, 100% level of alertness while driving is required.

Nearly 500,000 are injured yearly due to distracted driving. In 2012 texting and talking on the cell phone while driving caused 3,500 fatalities in United States alone. To learn more information, please visit distraction.gov (Official US Government website for Distracted Driving)

The aftermath of an accident are loss of wages, especially when you are on long-term recovery, emotional trauma, physical incapacity, higher car insurance monthly premium, medical bills, inconvenience and the most severe is death.

The choice between taking the bus or riding with the high prices of gas depends on you. It is time to weigh in which is more expensive to give up. Is it your environment, health, safety, work, income or $1.50? Your options should both consider your monetary advantage and the non-monetary benefits.

Let me acknowledge the three advantages of using your car to commute. These are speed, convenience and comfort.

Three Advantages of using your car:

We can't change our lifestyle drastically. Many of us are not ready to give up speed, comfort, convenience totally (and that includes me). But should we also keep on paying expensive gas, contribute to global warming, increase our stress level and keep being physically inactive? Let's meet halfway. Here are 5 suggestions:

Next time when you commute, consider your health not just your wealth. We have only one life and one earth to live. If you don't have any pressing and valid reason to drive your car around, please take the bus!

What have you decided now to do?

Copyright © 2012 The Girls. All rights reserved. Reproduction in whole or in part in any form or medium without permission prohibited.

Other Articles by Author: 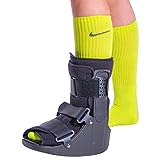