My interview with Howie Hawkins 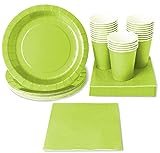 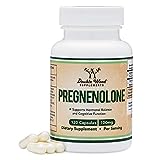 THE WORLD ADVENTURES OF HOWIE AND ALBERT: “THE SEVEN CONTINENTS” (An introduction to Geography) (ASIA Book 1)
Buy Now

Sitting down with Syracuse's Green Warrior

I recently was granted a interview with the one and only Howie Hawkins. I asked the L.A. native about everything from his 6 years of service in the U.S.M.C., to his run for Governor, to his future campaigns, to his view on S.U. Basketball Yes, we covered it all!

Before I get to the part of the interview where I asked Howie about his run for Governor I wanted to share his answers to these questions.

Me: What is your opinion of the following people and tell me what comes to mind when you hear their names.

Jimmy"The Rent is too Damn High" McMillan- Howie: " Jimmy was quiet,and polite when I met him. I think his passion is real and he feels for the poor in our state. However; he doesn't seem to understand the political process and did not have a viable solution to the problems that face New York. His speech was a distraction from the real issues that Warren Redlich and I actually addressed and proposed solutions for." Al "Grandpa Munster" Lewis. - Howie: "I knew Al well and spent a lot of time with him when he ran for Governor on the Green Party Line. He was a great man and cared more about his politics and social justice than he did his acting career. His only draw backs were that he was very loud and scared the media at times, and went a little overboard once in a while. One time when he was talking about a toxic plant in New York State, he said" I want to take the chemicals in that plant, pour them into a glass and make George Pataki drink them". Our party didn't need that. But overall Al was great! He was a terrific "street speaker" and drew big crowds at his appearances.He was more of a character in real life than he was as Grandpa on The Munsters. Al was passionate and genuine" Carl Paladino - Howie: "Carl was friendly, but didn't remember people. Eventhough I was running for the same position, Carl introduced himself to me twice at the same event. I do think his anger was real and though he told Fred Dicker what many politicians want to say to Fred, Carl went too far. He didn't have the right temperment to be Governor. I think the loss of his son has had a lasting effect on Carl"

Though Howie comes from a long line of Republicans, he is a member of the Green Party, and ran for Governor on their line in 2010. Howie got over 50,000 votes and brought the Green Party back to the New York State ballot for the next 4 years. Here are some of Howie's responses to me when I asked him about his run for new York's top spot.

Me: What did you want to accomplish in your campaign for Governor of New York? Howie: I had three goals:

1. Get the line back for the Green Party in our state, so it will be easier for other "Greens" to run for local offices. 2. Strengthen the Green Party by raising enrollment and awareness. 3. "Expose Andrew Cuomo's real position or lack there of, on important issues like tax reform, hydro-fracking, and the unethical practices on Wall Street. " Howie expressed a common sentiment that " Andrew would gloss over many issues, was very vague and would not tell us his true intentions with regards to hydro-fracking in our state." Howie had stated that Andrew said that he was against unsafe measures to extract natural gas. The problem is, you can make something sound safe before you do it without seeing to it that it does not harm out water and the valuable resources that we have to offer new businesses in New York State.Howie told me that he believes that hydro-fracking should not be allowed in our state because it will provide a temporary "boom" to our economy and leave us with long term problems. "The companies that come here to drill will bring their own crew of workers, rather than hire locals. Therefore when they leave the area again to drill in another state, the benefits will leave too. The problem is that we have great natural resources here that will draw lasting corporations to our area. Why would we jeopardize out resources for a short term fix?"

Mr. Hawkins also told me that he believes that within a year, Andrew Cuomo will be pushing to legalize and will welcome hydro-fracking in New York State.

I also asked Howie what the 2 most frustrating things about running for our Governor were. He told me that the worst part was the fact that the media ignored him and followed Jimmy McMillian everywhere, and would not take statements from Howie often at all. In fact, when most media outlets quoted him the would say "the Green Party Candidate" said... without mentioning his name. He stated that in a forum in harlem the media followed Jimmy everywhere and even a German news outlet would not talk to Howie. "I asked the reporter if he wanted a statement from me since Germany has a Green Party too. The answer was no."

He also said that is was frustrating trying to generate support when the Green party only has a strong core of members in 5 cities in N.Y. "There are too many area's that we are weak in. Now that we have our line back, that should change."

Howie also stated that though he is not a native to Syracuse, he enjoys our University's sports programs especially basketball. "Our kids are fun to watch because now, they play together as a team.

There is so much more that could be written about this local political icon. I will say that I come from the right and Howie comes from the left, but I see that he genuinely cares about his fellow citizens, and that the mainstream left, does not appreciate his knowledge and his charisma.

Though he would not yet commit, I predict that his next run will be for the 4th Common Council seat in Syracuse in 2011. This would be quite winnable for him. One thing that is certain is that Howie Hawkins will run for something again, and he will never take his finger off of the "political pulse" in America.